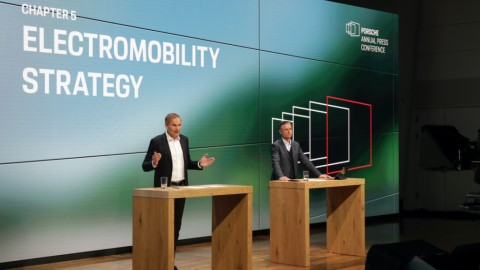 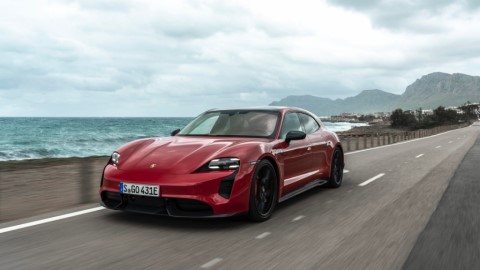 Porsche has set out its plans to electrify its fleet during its annual sales report where it announced 5.3bn euros in profits for 2021 – a record year for the manufacturer. With continuing profitability at the centre of the brand’s ambitions, it is looking to electrification to help deliver this.

Lutz Meschke, Deputy Chairman of the Executive Board at Porsche said that it has lowered its break-even point on cars, enabling it to invest in the future: “We are resolutely driving forward investments in electrification, digitalisation and sustainability. I am optimistic that Porsche will emerge from the current global crises stronger.”

This positive outlook has been built – in part – due to the level of electrification that Porsche has already achieved. Forty per cent of Porsche’s sales in 2021 were electrified including strong sales of its battery electric Taycan (and its variants) and plug-in hybrid variants of the Cayenne and Panamera.

Electrification of Porsche’s fleet will now step up a gear, and it is here where things get exciting as CEO Olive Blume has confirmed an electric 718 by 2025. We’ve known that Porsche was aiming to electrify its Cayman and Boxster models in due course, but until now we’ve not had firm timelines.

Oliver Blume stated: "The Taycan is 100 per cent a Porsche and inspires all kinds of people – existing and new customers, experts and the trade media. We are stepping up our electric offensive with another model: By the middle of the decade, we want to offer our mid-engine 718 sports car exclusively in an all-electric form."

An electric 718 will follow a battery electric version of the brand’s best-selling model, the Macan, which is expected in around 2023 as the next-generation car is released.

As well as wanting to build and sell more EVs, Porsche is working with partners to improve its own charging infrastructure and battery technology. It is investing in ‘premium charging stations’ alongside partners, as well as building its own charging infrastructure. A newly founded ‘Cellforce Group’ is working on high-performance battery cells which Porsche hopes to have in production cars by 2024, too.