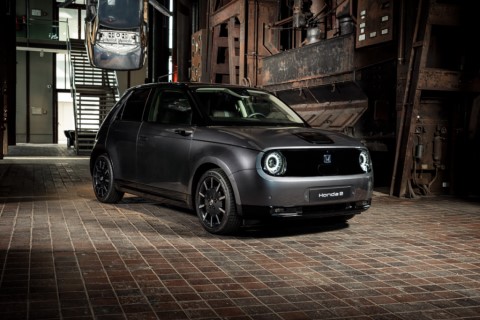 Honda has confirmed that as part of its push towards total electrification by 2040, it will launch 30 new EV before the end of the decade and is targeting production of two million electric cars per year. Some £30bn is being pumped into the electrification of Honda which covers not only cars, but other vehicles such as marine and aircraft.

Honda has spent the past few years ‘solidifying its business’ in order to prepare for new growth – which will come from electrification. In terms of vehicles, the brand is looking at creating models which will appeal to its major regions.

In North America before the end of 2024, the brand will launch two mid-to-large size electric SUVs which it is developing jointly with GM. In China, Honda will launch ten new EVs by 2027, and in its domestic market, the brand is looking towards mini EVs for commercial and personal use (effectively Kei cars) and an electric SUV.

More widely in the second half of the 2020s, Honda will launch a global electric platform – its e: Architecture – which combines both hardware and software such as the platform, operating system and connected services. In addition, Honda’s partnership with GM will see the development of low cost EVs with comparable cost and range to equivalent petrol-powered vehicles. These will use GM’s much lauded Ultium platform and should sell for well under £30,000.

Globally, this will equate to two million new EVs produced per year, strengthened by the building of a dedicated EV plant in Guangzhou and Wuhan. In the US, a new EV production line will also be added.

Honda isn’t just looking towards the standard passenger cars we expect from a global, volume manufacturer; the company is going to emulate its sporting prowess of the past with two new sports models. It is calling these ‘a speciality and a flagship model’, which we hope would be along the lines of an S2000 type car, and an all-electric NSX. Certainly, the silhouettes Honda has released point in this direction…

What else is Honda doing to support electrification?

First and foremost, it is investing in battery tech, including a potential joint venture in North America with an as-yet unnamed partner to ensure a ready supply of lithium-ion cells. Existing agreements with CATL in China and Envision AESC in Japan will also be strengthened.

Honda is also going to pour money into R&D with £263m going into the development of solid-state batteries and the establishment of a demonstration line. The future aim of this venture is to have solid-state cells in commercial production from 2025. Furthermore, it is investing £50bn in its overall R&D capabilities and £60m in start-ups that will help it achieve its goals.

Beyond cars, Honda is also moving its other powertrain operations towards an electric future – something seen as critical given that the brand is the largest producer of powerplants (i.e. engines) in the world with marine, aircraft, generators and even agricultural equipment among its facets. Hydrogen, battery swapping and an overall approach that one size doesn’t fit all is what Honda is hoping will fulfil requirements away from motor vehicles.