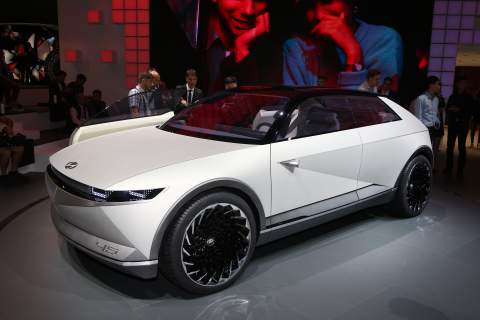 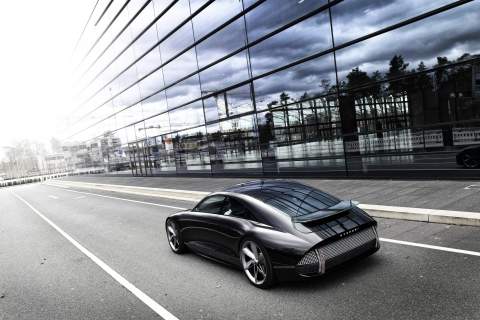 Hyundai has used its recent 2020 CEO Investor Day forum to provide an update on its Strategy 2025. The big news is a new hydrogen sub-brand, called HTWO. Alongside this, the Korean brand set its sights forward to 2040 and renewed its commitment to expanding its EV offering into new markets.

Following on from the launch of the IONIQ sub-brand for EVs, HTWO is doing the same for hydrogen-powered vehicles. Its aim is to build on the 20-plus years of fuel cell development to “present hydrogen as a positive energy for humanity”. It will also provide a centre point around which Hyundai will continue to expand its hydrogen ecosystem.

HTWO won't just focus on fuel cells for cars. As we've noted before, perhaps hydrogen's most promising application as a fuel is in heavy and off-highway vehicles including trucks, trains, boats and urban air mobility. Key requirements of expanding fuel cell use into these areas include reducing the cost, increasing energy density and making the systems much lighter.

Hyundai's existing major markets for hydrogen – Korea, the USA, Europe and China – are the focal points for HTWO and building a 'hydrogen society'. Within these regions, Hyundai will build on existing partnerships, as well as creating new ones to increase the potential market for its fuel cell tech.

The fundamental ambitions laid down in Hyundai's Strategy 2025 remain unchanged. It plans to sell 560,000 EVs per year by 2025, introducing 12 battery electric models before then with the majority built on the new E-GMP platform – which is well worth reading about.

In the longer term, Hyundai is targeting an 8-10 per cent share of the global EV market by 2040. It will drive this lofty ambition by expanding its EV offering from 2030 onwards, working alongside local petrol and diesel bans by moving its model ranges in the EU, USA and China to battery electric. Furthermore, it plans on increasing EV penetration in emerging markets such as India, Russia and Brazil, democratising its technology and creating models specifically for these countries.

Hyundai's EV charge in Europe will be led by the IONIQ 5 mid-sized SUV which is due to launch in 2021 and is based on the 45 concept first shown at the Frankfurt Motor Show. This will be followed by the IONIQ 6 in 2022 which is based on the Prophecy concept revealed earlier this year. In the States and Korea, Hyundai's Genesis luxury brand will gain its first BEV next year, too, which Hyundai will use to leverage expansion of the Genesis name in China and Europe.

Whilst not EV-specific, another area that Hyundai sees as critical to its future is autonomous driving tech. It plans to have level 3 (hands-off) autonomous driving technology available on production models by 2022, signalling that its EVs will be among the first cars to get it. From there, it will accelerate the commercialisation of level 3 and 4 technology, supported by its partners and subsidiaries in various markets around the world.

The initial level 3 technology is based on a control unit which takes information from an array of sensors, cameras and radars, which will be expanded to use Light Detection and Ranging (LIDAR) and additional cameras further down the line. This unit will make its way onto production cars in 2021 and will feature Over-the-Air updates, as well as enabling Feature on Demand services – whereby owners can pay to access certain functions or driver aids.