Jeep is showcasing a range of Jeep Performance Parts concept vehicles at this year’s Easter Jeep Safari, chief among which is the all-electric Jeep Magneto. Designed to offer the same legendary off-road ability as its petrol-powered counterparts, it could be a sign of things to come for the brand.

Jeep’s foray into electrification hasn’t exactly been notable, amounting to the Renegade 4xe in the UK at least. However, over in the USA, Jeep is taking its annual off-road event in Moab, Utah, as an opportunity to show off the pure electric Magneto concept as a bona-fide trail conqueror.

Jeep has used a 2020 Wrangler Rubicon as the base for the Magneto project, getting rid of the petrol or diesel engines that would usually be found under the bonnet and replacing them with a custom-built electric powertrain.

Central to this is an ‘axial flux’ motor that operates at up to 6000rpm and – unusually – is connected to a six-speed manual gearbox complete with a clutch which operates in the same way as it would in an ICE-powered version. There’s even a regen function when the clutch is depressed to eliminate rev-hang and gain back a few watts of power.

The idea with the Magneto has been to create a powertrain which is similar in characteristics to the petrol version, but with zero emissions. Power is a little bit up on (but broadly comparable to) the V6 motor it replaces, offering 273lb-ft of twist and 285bhp of go. This means the Magneto is brisk, knocking off the 0-60mph sprint in 6.8 seconds.

Of course when it comes to the task of taking on the trails of Utah, the chassis has had some work. The Magneto sports a Jeep Performance Parts two inch lift kit, 17 inch wheels with 35 inch mud terrain tyres, a custom roll cage, steel bumpers with a winch and a steel belly pan for those bottoming-out situations.

Jeep has given the Magneto a total of four battery packs totalling 70kWh and running at 800 volts. The rationale behind using four packs is the ability to locate them for ideal weight distribution in places where ancillaries to the petrol engine – such as the fuel tank and exhaust pipe – would usually sit. Everything is fully waterproofed, so the Magneto maintains the Wrangler’s 30 inch wading capability.

Something that is particularly welcome is the fact that Jeep has made the Magneto look almost indistinguishable from the other concepts it is taking to the Jeep Easter Safari, all of which have petrol or diesel motors. You’d have to know what you’re looking for – or what’s missing – to tell the difference and in a market like the US which is still warming up to EVs, especially in the fossil fuel-dominated world of off-roading, that’s a good thing.

It’s a shame that for now, the Magneto will remain a concept. That said, the Moab event is designed to showcase Jeep Performance Parts – all of which are designed as ‘bolt-on’ upgrades to existing models. If the EV conversion kit was made available, there’s no doubt there would be takers both in the USA and overseas. 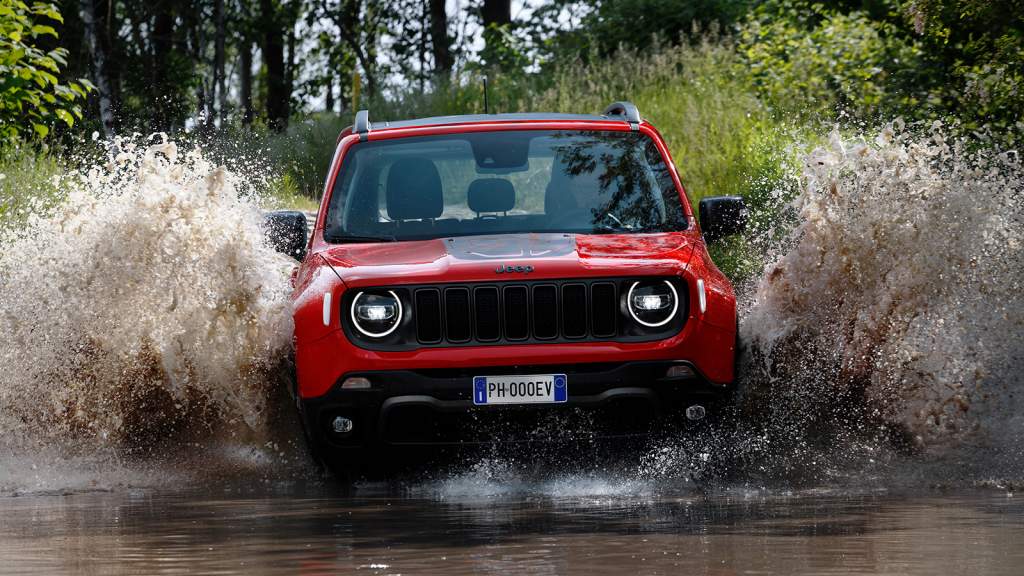