Mercedes EQS heralds a new era of electrification, luxury and over 400 miles of range

The long-awaited electric S-Class from Mercedes, the EQS, has been unveiled in its to-market form for the first time. It’s a real headline grabber, with a range of up to 478 miles, 328bhp for the UK market and DC charging enabling of 186 miles to be added in just 15 minutes.

EQS is the first of several planned fully electric saloons from Mercedes and very much the flagship EV in the brand’s range. It is essentially a realised version of the VISION EQS concept and is based on Mercedes’ new scalable architecture specifically designed for its forthcoming luxury saloons.

As it stands, the UK market will get the EQS 450+ version of the car, which is rear-wheel drive and single-motor. However, an EQS 580 4MATIC version, with more power and all-wheel drive is going on sale elsewhere, so that could head here in due course.

When presented in concept form, Mercedes boasted that the EQS would have the same ability to waft across continents in total comfort as the petrol-powered S-Class. Of course, this was a big ask but Mercedes has risen to the challenge. Thanks to a frankly huge 107.8kWh battery, the UK-bound EQS 450+ is capable of 478 miles on the WLTP test, aided by a very effective recuperation system which can harvest up to 186kW of power and efficiency of up to 15.7kWh/100km.

With a battery that size, ultra-fast charging is a must and despite its 400 volt electronic architecture, 200kW DC can be accepted, enabling 186 miles to be added in 15 minutes. At home or using more regular public charge points, the 22kW on-board AC charger does the business.

The Mercedes EQS brings with it a new design philosophy which combines what Merc calls ‘Sensual Purity’ and ‘Progressive Luxury’, which focusses on seamless transitions and reduced joints on the body. It shares much with the petrol-powered S-Class, but is distinguishable by its cab-forward, fastback design and ‘Black Panel’ unit which replaces the traditional grille and houses numerous sensors. The grille is just one of the features that helps achieve a drag coefficient of just 0.209, making the EQS the slipperiest production car in the world.

It’s a big and imposing car at 5216mm long, 1926mm wide and 1512 tall, though despite weighing almost three tonnes when loaded up with people and things, it doesn’t look ponderous. It’ll swallow 610 litres’ worth of stuff with the seats in place and 1770 litres with them down.

Optional automatic comfort doors automatically extend flush-fit handles as the driver approaches and the driver’s door can open automatically as they get nearer. Rear doors can also be opened remotely; call it covid-safe entry – aided by an air filtration system that gets rid of viruses and bacteria.

Going EV has enabled Mercedes to add some trickery to the EQS’ chassis in the form of active rear-axle steering (think Honda Prelude in the 1990s). This enables a steering angle of up to 4.5 degrees to be dialled in for sharper handling and better manoeuvrability. Up to 10 degrees can be specified via an over-the-air update, enabling the car to achieve a turning circle of just 10.9 metres.

The EQS will come with the very latest MBUX (Mercedes-Benz User Experience) as standard. It is centred on a new MBUX Hyperscreen – a large, curved unit comprising three screens that sweep across the dashboard of the car behind glass and are designed to merge effectively into one. The front passenger gets a 12.3 inch display for themselves enabling the passenger to use entertainment functions on the move. If the driver glances over, in-car cameras detect the movement and automatically dim the display to ensure they keep their eyes on the road. In-car speech, seat occupation and a wealth of other elements are monitored constantly, enabling the EQS to effectively ‘learn’ its owner’s habits and enhance decision making.

Speaking of driver aids, they are plentiful in the EQS with more being able to be added through over-the-air updates or subscription services. Whilst the latter seems like a bit of a con, given that the hardware is already in place, it does at least allow owners the flexibility to try new features and get rid of them if they don’t prove useful.

In terms of driving aids, a new feature is the attention assist microsleep warning system, which monitors the driver’s face and alerts them if they are beginning to nod off. Pre-safe collision restraint systems work in conjunction with the solid passenger cell to enhance safety in the event of a crash. With optional Drive Pilot, the EQS can essentially drive itself at up to 37mph when in traffic – enabled thanks to the array of 350 sensors – albeit this is limited to Germany at launch.

Another feature enabled by the sensor array is remote parking assist, enabling drivers to park and unpark the EQS from their phone. Taking this up a level is the optional automated valet parking, whereby a driver could get out of the car and walk off, leaving it to park itself. Finally, the Digital Light function uses the car’s headlights to project warning symbols onto the road, supplementing in-car warnings.

The Mercedes-Benz EQS is going on sale in the UK later in the summer with the first deliveries expected towards the end of the year. Prices and market-specific specifications will be released in due course.

Update 22.12.21: Mercedes-AMG has announced the pricing for the UK-bound EQS 53 4MATIC+. Starting at £154,995, it is one of the more expensive mainstream EVs to hit the market, but then again it is a lot of car. Two model lines will be available: Night Edition and Touring. Both feature the same 658hp, 700lb-ft all-wheel drive powertrain which launches the car from 0-62mph in 3.8 seconds. For £8995, the Night Edition can be specified with the AMG Performance Package, upping power to 761hp and 752lb-ft for 62mph in 3.4 seconds and a top speed increase from 137 to 155mph.

The regular Mercedes-Benz EQS 450+ starts from £99,995 on the road. Both it and the AMG versions of the EQS are on sale now, with deliveries starting in April 2022. 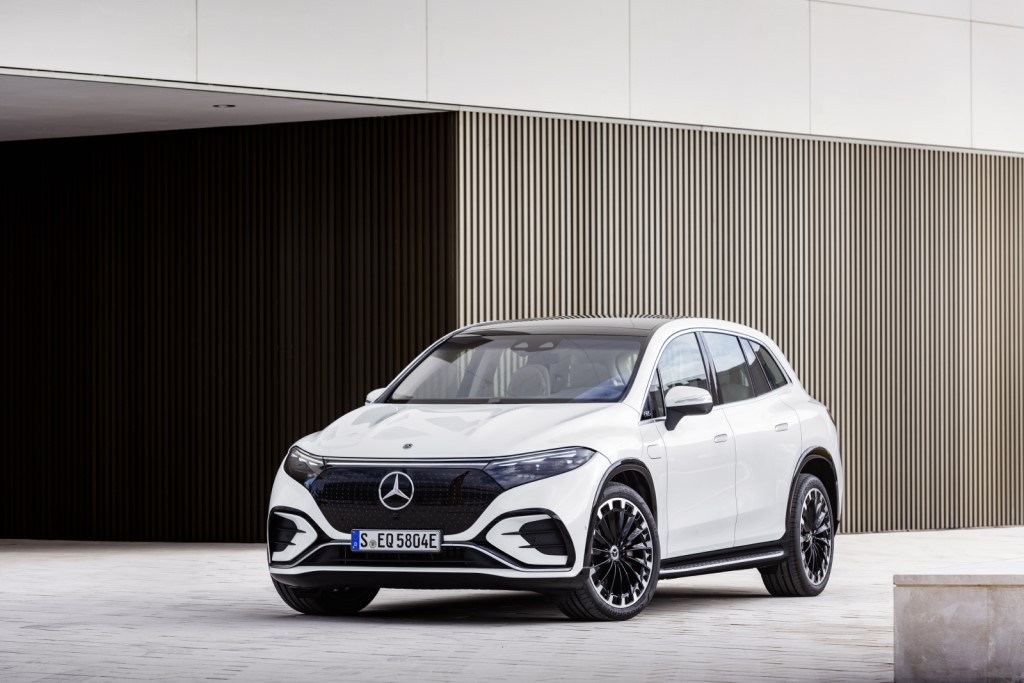 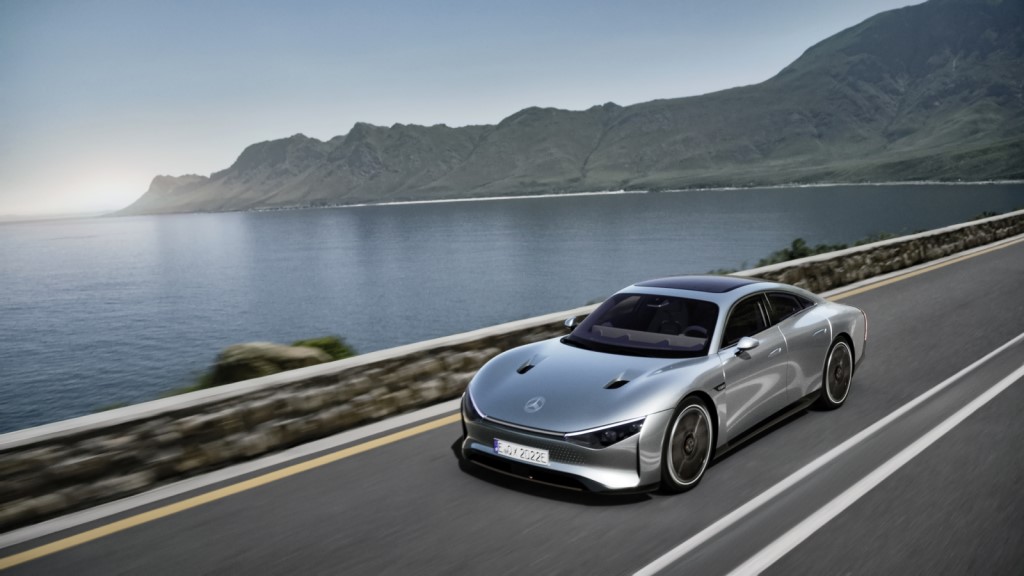