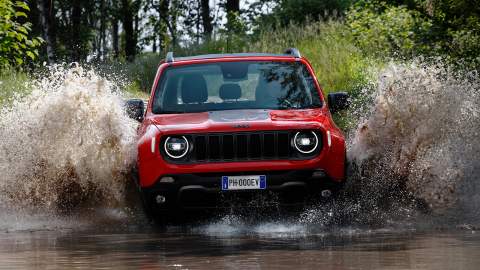 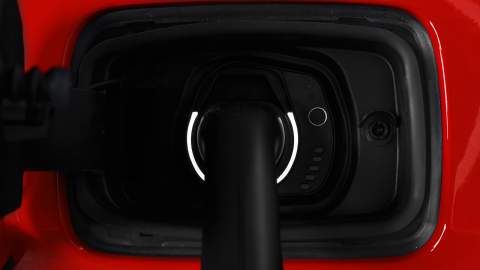 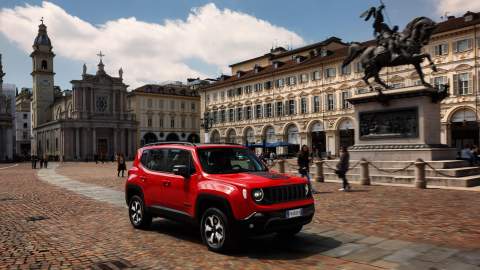 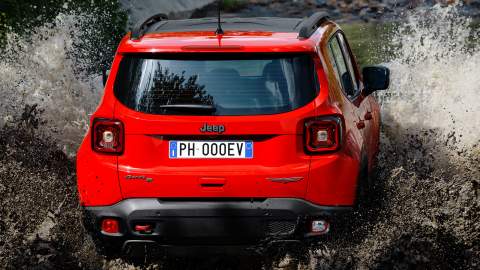 Jeep's plug-in hybrid versions of its Renegade and Compass models have made their public on-road debut at the President's Parade, Parco Del Valentino, Turin. This high-profile, supercar-led event will ensure that Jeep's first foray into the world of PHEVs is seen by as many people in the home of parent company, Fiat, as possible.

During the parade, at which you'd traditionally find the likes of Ferrari, Porsche, Alfa Romeo and Lamborghini, the Compass and Renegade PHEVs were driven around the centre of Turin, starting from the impressive Piazza Vittorio Veneto. The on-road debut of the Compass in Italy is particularly apt as its production is set to move from Mexico to Italy before its summer 2020 launch.

Both the Jeep Renegade and Compass share a common powertrain consisting of a 1.3-litre turbo petrol engine and an electric motor to deliver a combined 237bhp. This enables both cars to hit 62mph in less than 7 seconds, yet also enable them to produce less than 50g/km of carbon dioxide.

There's no official word on the battery capacity, but on electric power alone the Jeep Renegade and Compass PHEVs can achieve a range of over 30 miles and hit 81mph.

Jeep is keen to highlight the fact that the PHEV powertrain is no hindrance to its off-road heritage and does, in fact, offer some advantages. Unlike a normal four-wheel-drive system, the PHEV Compass and Renegade utilise the 1.3-litre petrol engine to power the front wheels, while the electric motor delivers power to the rear wheels.

Separating the front and rear axles through the electronic all-wheel-drive (eAWD) system means that each axle's torque is controlled independently rather than mechanically through a propshaft. Over rough ground, this means that on-board systems can meter out the right amount of power to the axle that needs it most to overcome an obstacle.

The Jeep Renegade PHEV will go on sale first in early 2020, with its Compass counterpart following in the summer of the same year. Expect more news of their development in due course!