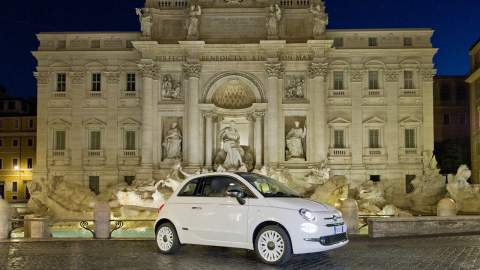 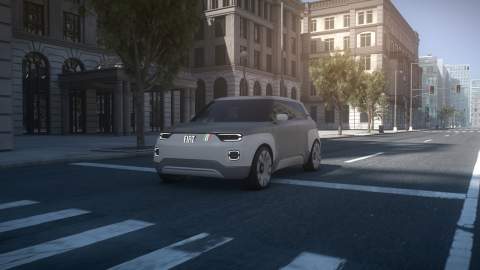 Next-generation Fiat 500 to be EV only

It's been with us in its current shape for nearly 15 years, but the familiar cheeky face of the Fiat 500 is set to be completely redesigned. It will also go on sale only as an EV.

Yep; Fiat is ditching internal combustion for its all-conquering city car and is pinning its hopes for the new model, which is set to be revealed at next year's Geneva Motor Show, on battery power. The Italian carmaker is already blowing in the region of $700 million on retooling its factory in Turin ready for a production capacity of around 80,000 units per year, according to Reuters, and production should commence in Q2 2020.

It'll be moving into an increasingly crowded marketplace, with Honda recently entering the fold and the 500's traditional lifestyle-orientated rival, the Mini, going pure EV. Fiat's answer with the new 500 is to take it upmarket which, let's face it, isn't a bad move given the many fashion-conscious urbanites who wear the existing 500 like an accessory.

Oliver has also suggested that, initially at least, the new 500 EV would be sold alongside what we assume would be run-out models of the current petrol or diesel 500. This would work to soften the initial shock among customers at the EV-only 500, continue to offer an affordable route into 500 ownership and allow Fiat to work on retaining them down the line.

With any move towards the premium end of the market comes cost, and Fiat isn't pretending that the new 500 will be offered at the low prices that has helped make the current model so popular. Oliver has been bullish in dealing with this question, however, stating that limited edition versions of the current 500 have been so popular that a price increase wouldn't necessarily be an issue. He said; “The appeal of the 500 is so strong that we may not lose customers.”

What the new 500 will look like and its range is open to speculation, but it's a fair certainty that it'll retain the cutesy retro look that has served it so well. It's also a fair certainty that it'll be based on a common modular platform which will see use across Fiat's range in future, offering varying battery capacities and physical footprints. Fiat's Centoventi concept (pictured), which was revealed at this year's Geneva motor show, could provide the answer to the platform question, but Marketing boss Francois Oliver has so far refrained from making that link.

We eagerly await further news and details of the new 500 and will bring it to you as it comes.