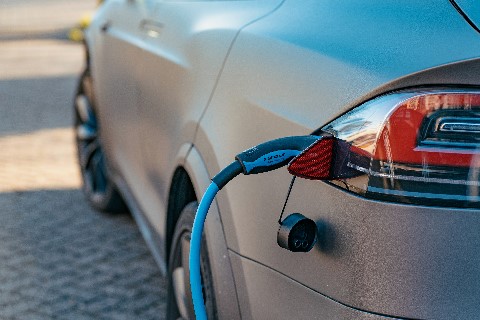 As the world’s eye turn to Glasgow for the forthcoming COP26 conference where world leaders will try to reach an agreement on how to address the climate crisis, the UK government has unveiled its plan for reaching net zero by 2050 in this country.

The 368 page strategy, entitled ‘Net Zero Strategy: Build Back Greener’, is wide-ranging and documents the government’s ambition to increase spending on green technologies, growing jobs and the economy as well as reducing emissions. It’s a wide-ranging thing, too, covering everything from domestic heating to power generation, aviation and the creation of at least 30,000 hectares of new woodland per year.

According to the strategy, some 440,000 jobs could have been created by 2030, leveraging £90bn of private investment.

Supporting the adoption of EVs

Transportation is the biggest single area of carbon generation in the UK and with CO2 pollution levels not dropping very quickly, an awful lot more needs to be done. To this end, £620m has been pledged to support the switch to EVs which, along with a greener grid, should have a significant impact on reaching that net zero goal. The grid itself will be powered entirely by clean energy by 2035, according to the strategy.

To that end, the £620m is aimed specifically at both enticing people into EVs through zero emission vehicle grants and then enabling them to run their cars by investing in the charging network. On-street, residential charging will gain specific focus and funding, which is obviously a good thing for the large proportion of people who don’t have access to off-street parking.

Another new scheme is a zero emissions vehicle mandate which will come into force in 2024. This will require manufacturers to sell a certain proportion of zero emissions vehicles in order to shore up supply chains, provide a continuing and growing pool of plug-in cars that will make investment in tech worthwhile, and generally provide the impetus for more people to make the switch.

Like us, the industry is broadly receptive of the strategy, but questions have been raised about the reliance on private money and ensuring consumers aren’t compromised when they switch to an EV.

Mike Hawes, Chief Executive of the SMMT, said: “The additional targeted funding for electric vehicles is welcome and will help ensure affordability for certain models. To ensure we have the reliable, accessible and nationwide charge point network this transition needs, however, requires a similar regulatory approach. The announcement of additional funds for on-street residential charging must energise much-needed private sector investment but consumers will only have confidence in the future if there are commensurate and binding requirements on the infrastructure sector. Combining regulatory commitments with financial ones is the key to a successful transition to zero-emission road transport.”

Paul Wilcox, Managing Director of Vauxhall, said: “Vauxhall welcomes the UK government’s announcement to implement a zero emission vehicle mandate which will provide clarity to the UK motor industry and the rest of the electric vehicle ecosystem, on the basis of a 360-degree approach.  Vauxhall believes a ZEV mandate can work in the UK provided there are complimentary targets on the other key parts of the electric vehicle ecosystem which are key to driving Britain to a more sustainable transport infrastructure.”

Ian Plummer, Commercial Director of Auto Trader, noted that for some, buying an EV is simply a financial impossibility that needs government intervention: “Our data shows that interest in electric vehicles is coming almost exclusively from wealthier postcodes. The comparatively high up-front cost of EVs is proving to be a massive barrier for people on average or below average incomes. The Government and industry simply has to grasp this nettle if it is to supercharge mass adoption. That might mean introducing some kind of means testing. Incentives are needed to bridge the gap between traditionally fuelled cars and EVs for those who simply cannot afford the ‘green premium’.”

It is worth mentioning that the strategy doesn’t actually list specific carbon savings that would be delivered. This is a glaring omission as understanding timelines and goals – measurables – is surely the only way to monitor progress and hold government to account if it isn’t good enough. The other issue relates to that £90bn: the whole thing relies on the private sector and is thin on the commitment of public money.

Labour is pledging £28bn per year on green investment, in comparison, and has documented where the spending will go and the expected savings. Make of that what you will.