Renault has used its latest eWays ‘electroPop’ event to announce that it is speeding up its EV strategy with the aim of launching 10 new battery electric vehicles by 2025 across the Group. Perhaps most exciting is the prospect of a new, retro-styled Renault 5 EV – like the one showcased at the Renaulution event in January – and a new electric Renault 4 called the 4ever.

Of the 10 new EVs, seven will be Renault-branded, with the remaining three likely being Dacia and Alpine branded. PHEVs will also grow in number across the Renault Group’s range and it has a comparatively ambitious goal of achieving 65 per cent of its sales mix fully electric or electrified by 2025, and 90 per cent pure electric by 2030. All launches after 2030 will be electric.

In the immediate term, the introduction of the new MeganE in 2022 will add a high-volume electric model to the EV line-up which is currently propped up by the B-segment ZOE. This will be followed by an exciting proposition: the reintroduction of the iconic Renault 5 to the range, but with a ‘modern electric twist’ based on the brand’s pure electric CMF-BEV small electric car platform. Renault is promising that it will be 33 per cent cheaper than the ZOE.

It’s not just the 5 getting resuscitated; Renault is also bringing back the equally iconic ‘4’ model in the form of another retro-modern EV currently named 4ever – which Renault says will make it a “timeless classic”. Both it, and the Renault 5 will be built at Renault’s new ElectriCity in Northern France alongside its e-powertrain MegaFactory in Normandy.

Alpine’s EV push will begin with the launch of its first EV in 2024 and will eventually include a B-segment hot hatch, C-segment sports crossover and an electric replacement for the A110 sports car.

Renault’s plans hinge on its two EV platforms and improving its in-house powertrains. Cost reduction – improving affordability across its brands – is one of the Group’s big outcomes from this.

Literally underpinning this EV push are the CMF-EV and CMF-BEV platforms. The former will enable C- and D-segment EVs to be built with a WLTP range of up to 360 miles thanks to low energy consumption. This has been enabled thanks to engineers concentrating on reducing weight and friction, as well as improving thermal management.

The CMF-BEV platform is for the group’s small cars and has been created with cost effectiveness in mind. It’ll come with a 134bhp motor and offer a WLTP range of up to 249 miles. Speaking of motors, Renault is the first OEM to develop its own e-motor with no rare-earth materials. It will continue to invest in powertrain technology to further increase efficiency and reduce, size and cost.

Renault will be expanding its development and production of EV batteries with the goal of covering 100 per cent of its own battery requirements across the Group, and across all vehicle segments. It is currently working on a Gigafactory in Douai, north France, with the goal of having 9GWh capacity in 2024, expanding to 24GWh by 2030. Potential investment in battery start-up, Verkor, could see an additional 20GWh added by 2030.

Within this timeframe, the Group is aiming to bring costs down below $100/kWh by 2025 and $80/kWh thereafter. It expects solid-state battery tech to be more widespread within the Group by 2030. Vehicle to Grid (V2G) tech is high on Renault’s priority list to help with local grid balancing.

As well as the building of batteries, Renault has been a leader in second life battery usage. Both recycling and static energy storge solutions are being developed, with Renault looking to work with other agencies to ensure battery condition is taken into account with second-hand EVs – something that could go industry-wide in future. 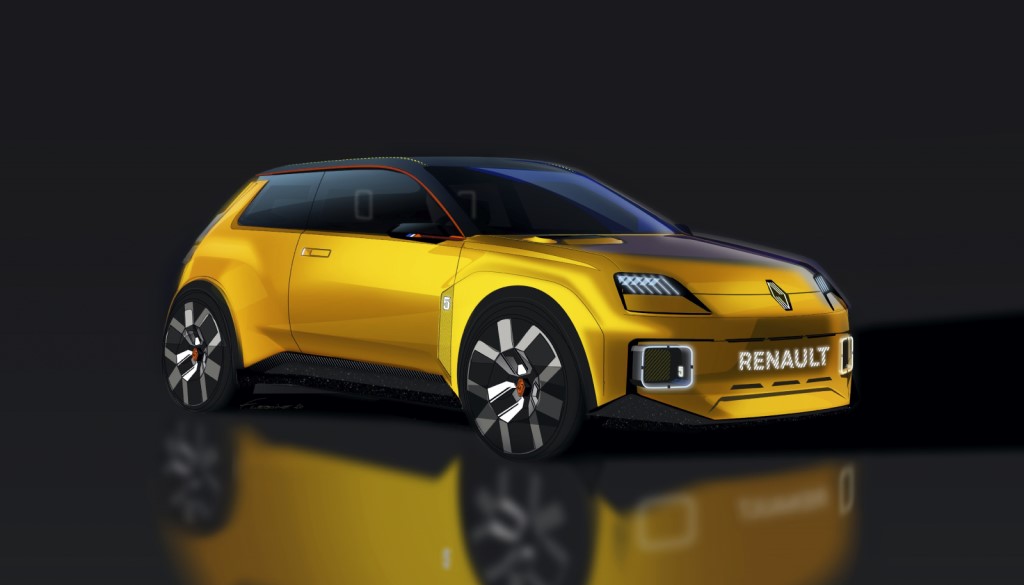