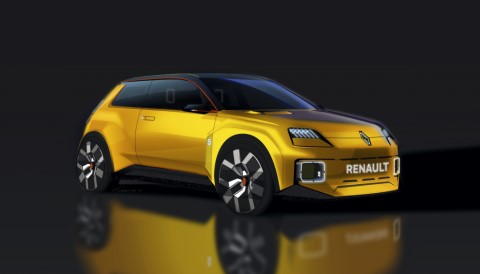 Renault is the latest brand to plant its flag in the ground when it comes to electrification, with CEO Luca de Meo telling journalists that it will be 100 per cent electric in Europe by 2030. Reported in Automotive News Europe, the announcement was made at a progress report event at the brand’s technical centre near Paris.

The announcement usurps Renault’s previous commitment which would have seen ten per cent of the brand’s vehicles remaining powered by internal combustion – or at least non-EV powertrains. By moving to an EV only brand by 2030, Renault brings itself into line with brands like DS, Peugeot, Ford and Vauxhall – all of which will be electric either in 2030 or before.

Last January, Renault revealed its ‘Renaulution’ plan in which it stated its aim to be a “leader in electrification by 2025”. Within this, Renault Group is planning to launch 24 new electrified models across its brands – such as Dacia and Alpine, the latter of which has an all-electric future – with around half of these launches being pure electric cars.

Whether Renault adjusts this product roadmap remains to be seen, but it’s unlikely. Luca de Meo stated in the announcement that the 100 per cent by 2030 plan has room for movement. “We have a plan B,” he told journalists, highlighting that if market conditions aren’t right, the brand would continue selling new internal combustion cars.

Specifically, inadequate charging infrastructure across the continent, or prohibitively high energy prices were cited as reasons.

According to the report of the announcement, Luca de Meo addressed Renault’s cheaper sister brand, Dacia: “Dacia will become electrified at the last possible moment in a way that respects the brand’s value for money selling proposition,” he said.

Given that the EU will almost certainly outlaw the sale of new internal combustion cars in 2035, the suspicion is that Renault will wait until that law is brought in. That being said, if technology comes down sufficiently in price, it would not surprise us if Renault brought this forward.

New models on their way

In the meantime, Renault is rationalising its business model to concentrate on profitability by targeting the most popular market segments. By 2025, it’ll have gone from six to three platforms, two of which will be dedicated EV platforms – the CMF-EV and CMF-BEV. The first will underpin C-segment and above and the latter will deal with smaller cars.

The first of this new batch of EVs will be the MeganeE which is arriving in 2022. A reimagined Renault 5 with a ‘modern electric twist’ is due thereafter and will be the first car launched on the CMF-BEV platform. Another throwback will come in the shape of a new Renault 4, again based on the CMF-BEV base. Beyond these, Alpine will launch its first EV in 2024 with a line-up that will eventually include a B-segment hot hatch and a C-segment sports crossover.

You can read more about Renault’s plans here.

Like with any other major brand pushing the EV agenda forward it is great news to see Renault being more ambitious. The brand has a long history in EV development and a very good approach to lifecycle sustainability, taking ownership of battery recycling and disposal, for example. We just hope that infrastructure development ensures that Renault sticks to the 2030 goal.