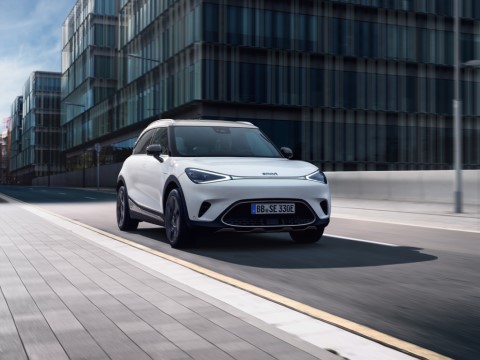 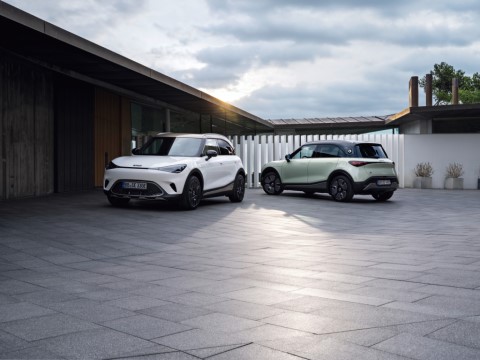 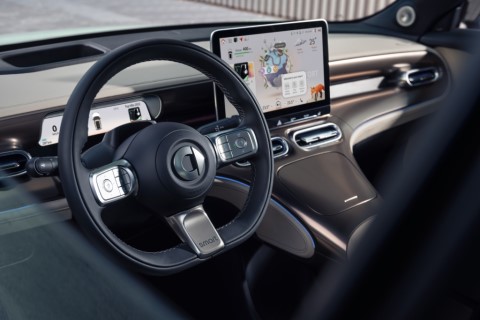 Known for producing tiny cars for the city, smart has now turned its hand to that unstoppable force in the car world: the electric SUV. It has unveiled its first foray into a larger car segment in the form of the smart #1 – a C-segment soft roader that it has developed with the help of its former owner, Mercedes-Benz.

smart has been an EV-only brand since 2019, but until now it has only produced its small urban-centric cars – the fortwo and forfour. Now, in the hands of its Chinese owners, it is relaunching itself as a ‘mobility’ brand with style and design at its core. In doing so, it is also entering the fiercely competitive electric crossover market with its inaugural model launch in this new phase of existence: the smart #1.

Tong Xiangbei, smart’s CEO, summed it up thusly: "The world premiere of the smart #1 in Berlin marks another milestone on the incredible road of development we began with the brand's renewal. As the first of the new generation all-electric product family, the all-new smart #1 is the perfect embodiment of this renewal.”

There are some nice touches, like concealed electric door handles, frameless doors and a floating ‘halo’ roof – all of which helps the car achieve a slippery 0.29 drag coefficient. From the rear, you can see elements of the brand’s lineage in the shape of the distinctive light bar.

Dimensions wise, the smart #1 measures 4270mm long and 2750mm wide, making it similar in size to a Kia Niro, MG ZS EV et. al. It’s certainly far larger than any smart that has come before. A feature that does stand out is the large glasshouse which smart reckons offers great all-round visibility.

According to Gorden Wagener, Chief Design officer at Mercedes, who was instrumental in the smart #1’s design “it is grown up, cool and embodies beauty with smart solutions. Therefore, it is new, fresh, and enchanting. Our new smart #1 has the potential to make smart a leading design brand.”

Where the smart #1 has many of its rivals pipped is in the power stakes. It packs a 268bhp motor which, combined with its 1800kg (admittedly heavy by conventional car standards) mass, it should have hot hatch-like performance. A 66kWh battery stores the electrons and whilst the smart #1 is yet to be homologated, somewhere around 270 miles is allegedly possible.

Charging can be completed at up to 150kW, juicing the car from 10 to 80 per cent in under 30 minutes, whilst a 22kW AC charge will do the same measure in three hours.

smart is making much of its focus on connecting owners with the car on ‘a personal level’, offering user-centric features that put them at the heart of the experience – which in reality will be the experience of sitting in stop-start traffic on the A249 on a dreary Tuesday in April. But we digress.

Up-front is a 12.8 inch touchscreen which can be customised to the user’s requirements. smart has also seen fit to give the #1 the option of having an avatar which takes and responds to voice controls. Quite whether that plays to western demands is another question entirely. An app allows people to interact with their car remotely, too, whilst over-the-air updates can be applied to three-quarters of the systems that control operation of the #1.

There’s no word on UK specs or price just yet, but the first cars will make it to Europe in late 2022, with the UK following in mid-2023.

Update 25.05.22: The smart #1 will be available to order in the UK in December this year with 100 launch edition cars up for grabs. Deliveries are due to start in mid-2023. Whilst there's still no word on price - and we don't expect it until the end of the year - our best estimate is a starting point of around £35k given the car's specifications.