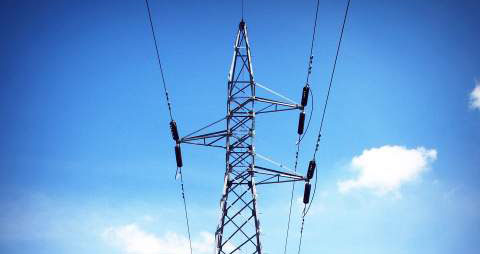 New research published by Cenex, an independent, not-for-profit consultancy of low-carbon technology experts, has found that vehicle-to-grid (V2G) charging delivers greater value than standard electric-vehicle smart charging. That all sounds promising, but let’s get to the bottom of what exactly V2G charging is and how it differs from standard smart charging.

But surely if you’ve charged your electric vehicle, you’ll want to use that stored electricity to, well, drive around, right? Of course, but the potential for EV owners to make a profit lies in when they charge their cars. The idea is that energy providers would incentivise owners with a small fee per kWh. Selling back to the grid and being paid a small amount to do so, plus charging an electric vehicle during off-peak hours would result in a profit – a profit that could be as much as £436m a year, or £436 per car per year.

If the uptake of electric and hybrid vehicles continues to grow, V2G charging will be essential for the future as the UK’s reliance on the energy grid will only increase.

The report indicates that the potential value which can be earned by V2G is highly dependent on the customer, with certain customer types seeing much greater value than others. However, the average V2G charge point could generate £186 of additional annual value compared to unmanaged charging, through a combination of energy bill savings and additional revenue from grid services.

But an average additional annual value of £186 is quite a lot less than the highest potential value of £436 per year, so how would you achieve that higher figure? One of the findings of the survey shows that these revenues increase the longer vehicles spend plugged in. This means that V2G charge points where EVs are connected for 75 per cent or more of the time could generate that upper figure of over £430 in annual savings, compared to smart charging.

Based on an assumed one million EVs in the UK with this plug-in behaviour, this group alone has the potential to generate an annual revenue of £436m. Okay, there’s nowhere near a million EVs on Britain’s roads at the moment (there’s around 215,000), but there will be, as the UK Government will ban the sale of all new petrol- and diesel-powered cars by 2040.

It is important research, as it provides tangible data, as Robert Evans, CEO of Cenex, explains: “While there has been an increasing focus on vehicle-to-grid charging, until now there has been a lack of clear data on its costs and opportunities, holding back the ability of organisations to build effective business cases. This report is the first step to bridging this information gap.” he also added that “Cenex aims to support the increased uptake of low-emission vehicles and thus accelerate the move to a zero-carbon future.”