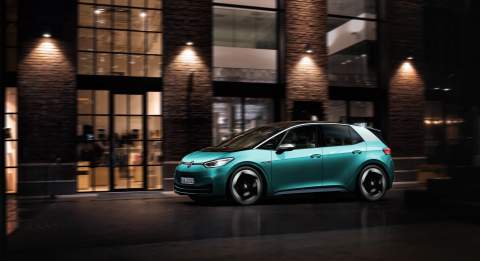 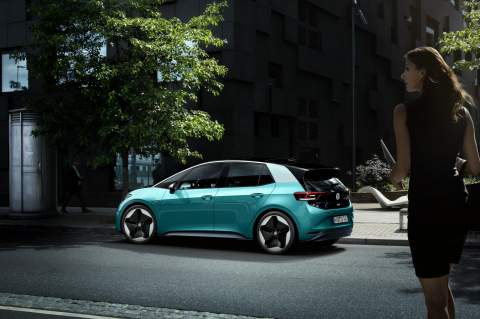 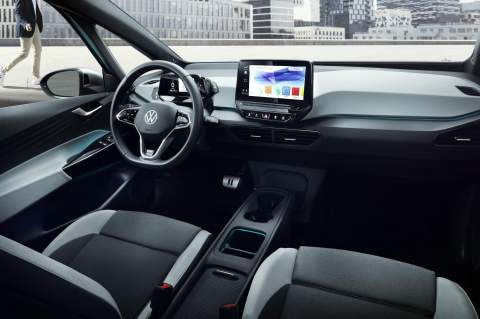 With the VW ID.3 suffering from significant software problems, the e-Golf gets stay of execution

It's one of the most important cars for a generation, but the Volkswagen ID.3 is being dogged by software issues. Whilst VW is being bullish in its assertion that the new car will reach customers on time, some reports are suggesting that the e-Golf will get a stay of execution. So what's going on at Wolfsburg?

Swirling rumours have abounded since late last year that the Volkswagen ID.3 was being plagued with “massive software problems” which threatened to push back the car's launch. According to some reports citing leaks from internal sources, the software element of the ID.3 project has been a “complete disaster”. A lack of appropriate expertise and drive to solve the ongoing issues has been a massive hindrance to getting cars to customers this summer.

Some have even suggested that VW might need to scrap that launch plan and push it back, but the brand has been bullish in its response. Thomas Ulbrich, Member of the Board of Management of the VW brand responsible for e-mobility, said: “The time schedule will be met. The ID.3 will be introduced to the market in the summer, as announced.”

We also chased up VW's UK team – just to double check – and they too were certain of the ability of the team in Germany to get the problems solved. They told us: “The timeline for the ID.3 that we have been communicating for months has not changed: the world premiere took place at the IAA 2019, production started as planned in November 2019, and the ID.3 will be launched this summer.

“The digital experience will be a key element in the ID.3 success story. This will be Volkswagen’s first MEB-based EV with update capability. Production of the ID.3 1st Edition began with a very flat start-up curve, rising steadily to market launch this summer. Our aim is to deliver 30,000 ID.3 First Edition models simultaneously to customers in our pre-booking markets in Europe. The software is installed in the vehicles when they are produced in Zwickau – and will be updated to the latest version in the summer prior to customer handover.”

The specific software issues haven't been specifically identified, but according to a report in Automotive News Europe, the problem might simply be the fundamental software architecture. It cites a report by Manager Magazin which said that the development was too hasty and 'many of the system's elements do not understand each other, leading to dropouts and other difficulties'.  ID.3 test drivers were reporting north of 300 errors per day, apparently.

The trouble is that cars have already been rolling off the Zwickau production line in fairly significant numbers. Some 10,000 cars already produced will require an update before leaving storage and going to dealerships and customers. Another 20,000 could need an over-the-air upgrade immediately, patching over the bad code and hopefully solving the problems for the first round of customers. According to German newspaper, Süddeutsche Zeitung, the first round of cars being prepped to hit the roads first aren't even series production versions, which is worrying.

On the plus side, VW does have some time to play with before things get really serious. It has also just released a video demonstrating perhaps the best head-up display to ever grace a production car, which uses augmented reality to add an extra layer of interactivity to driving. Check out the video here.

What VW can't afford to do is launch its most important car in a generation before the problems are ironed out. That could be genuinely disastrous to the ongoing success of the ID.3, so don't rule out delays just yet.

German automotive YouTube channel, Nextmove, seems to have had eyes on an internal VW document which suggests the e-Golf will continue in production through September this year, despite the plan being for it to cease with the launch of the ID.3. Assuming this is accurate – and we have no reason to doubt its veracity – this could hint at the troubles that VW is facing with the ID.3.

Other, less doom-laden possibilities include the fact that the e-Golf continues to sell well, and with VW needing to up its low- and zero-emissions European sales in advance of new EU emissions standards, it makes sense to give the car a stay of execution. Then there's the impact of the current Coronavirus crisis which could in itself delay ID.3. It'd be much easier to keep producing e-Golf than ramp up ID.3 production in the short-term, that's for sure.

We desperately hope that VW manages to sort out the supposed issues it is having with ID.3 in time for the planned launch. However, what we hope even more than that is the brand ensures it gets the car right – so if that means a delay, so be it. From a PR and long-term customer satisfaction perspective, it's much better to launch late, but with a polished product, than on time with one riddled with issues. As for the e-Golf, it's still a cracking EV, and there are some great deals to be had on it. However, it does hint that VW's issues with the ID.3 might be bigger than they'll let on publicly.

Home chargers could be switched off to balance grid