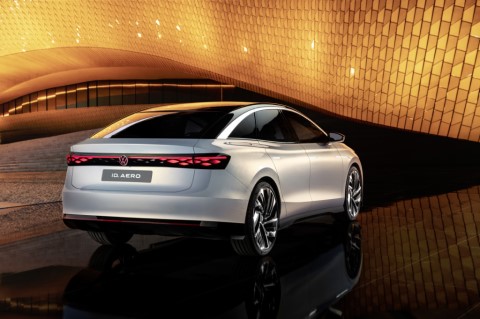 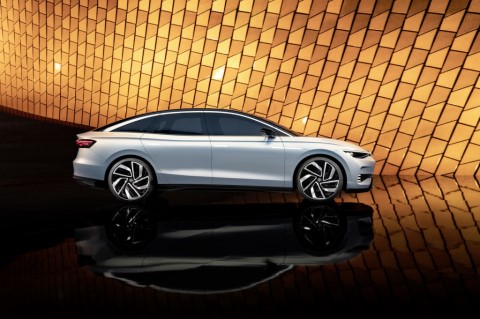 Volkswagen has revealed a new concept car which demonstrates what its first global fully-electric saloon will be like. The VW ID. AERO combines a sleek and ultra-aero shape with the brand’s existing MEB platform for a family car with up to 385 miles of range.

A few years ago we’d have been fairly non-plussed about a new family saloon, especially from the maker of one of the most drearily capable family saloons ever built – the Passat. However, in amongst wave after wave of mid-sized electric SUVs, the Volkswagen ID. AERO is an exciting prospect.

Designed to be a global car and revealed in China, the ID. AERO is effectively the Passat of tomorrow. There’s good reason why VW has chosen China for the reveal; the Chinese market loves premium saloon cars from European manufacturers, so the AERO will appeal. Happily it’s also destined for production in Europe and the USA likely bearing the ID. 6 name once in production.

At almost five metres long, the ID. AERO is evidently going to be of similar proportions to the most recent Passat. The overall design has been informed with aerodynamics at the forefront of designers’ minds and thanks to the sleek design with a heavily raked roofline and a drawn in rear end, VW has achieved a drag coefficient of 0.23.

On the concept, 22 inch, aero-optimised wheels are integrated flush into the wheel arches and door handles are replaced with touch panels to further reduce interruption of the air flow. Volkswagen’s forward light strip is present and correct on the ID. AERO, while IQ.LIGHT LED matrix headlights are incorporated into the front end. A light strip at the rear mirrors the front end, as do the LED rear lamps. Honeycomb details, which are evident on other ID. cars, complete the look.

Rumour has it that an estate version will be offered in future.

VW is using the MEB platform in the ID. AERO with the larger 77kWh battery. In its longest range form, the car is capable of 385 miles on the WLTP cycle – significantly more than previous ID-badged cars with the same powertrain, largely thanks to the AERO’s optimised aerodynamics.

VW hasn’t revealed any further powertrain details, but we would hazard a guess that it will gain the same powertrain options as can be found in the ID.3, 4 and 5. This means single motor power at either 172bhp or 201bhp, plus an all-wheel drive version at 295bhp. We also reckon that the smaller 52kWh battery will be offered down the line to bring the car in at a lower price point.

Given that the ID. AERO is still a concept, we’re not going to know about prices for a while yet but we would estimate a starting price of around £40,000 for the 77kWh version. It’s due for release in China in the second half of 2023, whilst the brand’s plant in Emden is being prepped to start European production around the same time.