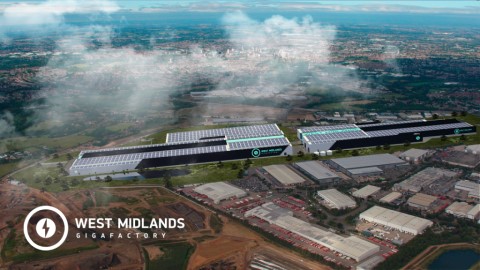 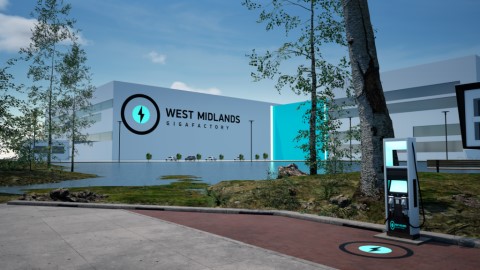 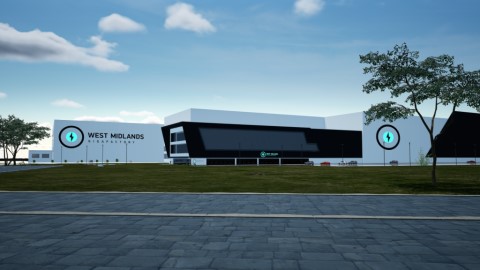 There is good news for the future of the UK’s battery supply as a West Midlands Gigafactory takes steps towards becoming a reality. With an outline planning proposal submitted in the summer, it is hoped that the first batteries will be produced in 2025 and production scaled up from there.

If it comes to fruition, the West Midlands Gigafactory would have a capacity of 60GWh – almost half of the 130GWh it is predicted the UK will need to produce to meet demand by 2040. This would be enough to power 600,000 electric vehicles per year and would complement the Britishvolt facility that is progressing in Blythe.

The site itself is located at Coventry Airport and adjacent to the UK Battery Industrialisation Centre, where a huge amount of R&D is undertaken for EV battery cells. In its final form, the site would have over 500,000 square metres of space, or the equivalent of 74 football pitches making it one of the UK’s largest industrial facilities.

Bringing the West Midlands Gigafactory to life will require around £2.5bn of investment which will be raised through a mixture of public funds and private investment. It has the support of an alliance of industrial groups including the West Midlands Combined Authority, district and county councils, Warwick Manufacturing Group at the University of Warwick, and Coventry University.

It is expected that the plant will create around 6000 jobs directly, as well as many more in the supply chain and related businesses. The location also has huge implications for the cradle of the UK’s car manufacturing, which is predominantly based around the West Midlands – and Coventry specifically.

Helping to make the Gigafactory a sustainable prospect is a planned upgrade to the local energy network which, combined with on-site solar, should enable the plant to run on 100 per cent renewable energy. It’s not just building new batteries; the plant will have the capability to recycle spent batteries in what is being termed ‘cradle to cradle’ manufacturing.

Andy Street, West Midlands Mayor, said: “The West Midlands is already home to the country’s biggest car manufacturer, Europe’s largest research centre of its kind, the UK’s only battery industrialisation centre, and a world-leading supply chain. A Gigafactory therefore is the natural next step for the UK’s automotive heartland.”

Of course, the elephant in the room is that as it stands, the proposal is exactly that – a proposal. With the planning application submitted in July, it could be a matter of years before ground is broken, let alone batteries rolling off the production line. That said, with the support of local authorities and a brownfield location upon which to build – not to mention the significant industrial need for a Gigafactory and battery recycling – it seems likely that if funding can be secured, the West Midlands Gigafactory will become a reality.

Update 15.11.21: The future of the West Midlands Gigafactory has been dealt a blow with the news that Transport Secretary, Grant Shapps, has allegedly spent public money on lobbying against the proposal. The Sunday Times reports that Shapps ‘set up and diverted public money’ to a team within the Civil Aviation Authority which fights against the redevelopment of airfields. Shapps is himself a keen pilot and has made no secret of his opposition to development on underused airfields. Whether his lobbying and misuse of public funds will come to anything remains to be seen, but the jobs, investment and alignment with the government’s own green agenda ought to win the day.

Update 20.01.22: In what might be a blow to Grant Shapps’ coercive attempts at scuppering the idea (see above), Boris Johnson has thrown his support behind the West Midlands Gigafactory in the House of Commons. In a choreographed question to the embattled Prime Minister, MP for Rugby, Mike Pawsey asked the PM for his support in delivering the project. In reply, the PM said: “We are supporting the electric vehicle industry. We made £350m available through the Automotive Transformation Fund on top of the £500m commitment that we’ve already made in the ten-point plan, and I know the campaign for Coventry airport is an excellent one. I look forward to seeing how it develops.”

Of course, all of this is parliamentary theatrics, but from a PR perspective, the approval of a Prime Minister goes a long way.