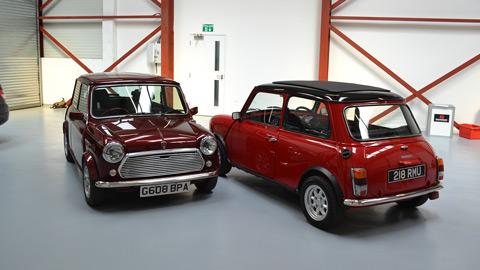 The car industry has made big strides in 2019 with e-mobility – just look at the Geneva International Motor Show in March where the shift away from fossil fuels couldn’t have been more apparent. Almost every manufacturer had an electric (and/or hybrid) concept or production vehicle on display and it isn’t just the domain of the big car makers either, with new companies seemingly entering into the EV market every week. But some eco-minded engineering firms are taking things a step further. They’re stripping the innards out of classic cars and replacing them with electric motors and batteries.

To classic car purists I should imagine the very idea is utter sacrilege, to others less enthusiastic shall we say it makes perfect sense, with both petrol and diesel slandered for their harmful emissions and the introduction of pollution charges on internal combustion cars entering city centres. It’s a way of future-proofing our classics and keeping them on the road. What’s more, the reliability of them greatly increases, with less moving parts to service and maintain.

Swindon Powertrain, who have been providing engineering expertise to automotive and motorsports industries for over 40 years, is one such company to offer the conversion, and it is based on the Mini – only they can’t call it that or the well-known German car-maker will file a law suit against them. Instead it’s called the E Classic and it’s made under their consumer brand Swind. Having kick-started the new venture for the e-generation with its EB-01 in 2017, a hyper e-bicycle with a 15kW hub motor, 1.75kWh battery pack (with active cooling) and 9 speed sequential gearbox. It delivers 20hp of electric power, making it the most powerful electric bike on the market hitting zero to 60mph in five seconds and on to a top speed of 60mph, and Swind, rightly so, decided to carry over its learnings to converting a classic car. “With electric and hybrid vehicles representing the future of motoring, rather than bury our heads in the sand we decided to embrace it, but do it this way,” explained Peter Harris Sales and Marketing Manager. 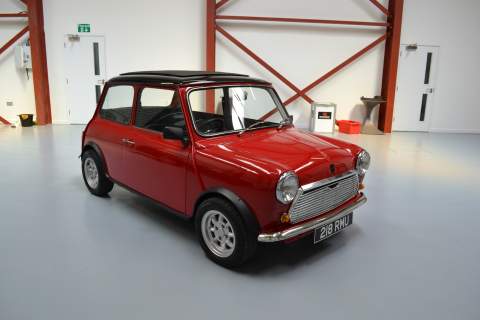 “If you asked anyone to list their top ten favourite cars, they will probably mention the Mini. It is an icon of British culture, it started the small car revolution and because of its size it was ideal for city driving, and based on that philosophy alone, what better car to electrify,” continued Peter. We can’t argue with that. It is also why the E Classic looks almost exactly the same as when it was produced by the UK-based British Motor Corporation in 1959 (or Austin Rover in this case) – in fact, bar the lack of an exhaust pipe poking from under the rear bumper it’s impossible to tell the difference between the Swind’s version and a conventional Mini.

We bought along a Mini Thirty Anniversary Edition, which was launched in 1989, to celebrate – yep you guessed it – 30 years of mini production, for our comparison test against Swind’s prototype. Sure enough aside from the embellishments that came with the Mini Thirty (such as the red leather steering wheel, special anniversary crest badging, colour-coded wheel arches and Phillips electronic radio cassette) it’s more or the less the same. The car by the way belongs to a lovely gentleman and Mini fan Ian Thornton, whose father had it before him, its garaged but that’s not say he doesn’t use it having clocked up 185,500 miles.

Back to the E Classic. It does share the Thirty’s chrome grille bumpers and door handles outside, and 12 inch Minilite alloys, while inside you’ll spot they both have thick cut-pile carpets, leather seats (although they’re only half leather in the Thirty), and an enormous speedometer incorporating a fuel gauge (on the production E Classic models it has been re-fitted with digital internals and will read range instead) in the centre of the dashboard. Now some of this spec might seem laughable, but this was the eighties, so to that end Swind Life have bought its version into the 21st century with the choice of six paint colours and contrasting roof (as every Mini should), underfloor heating, heated seats and front and rear screens (the Mini Thirty also benefitted from a heated rear screen) and two USB charging ports.

There’s also the option of an infotainment system (featuring DAB, Apply Car Play and Android Auto), air conditioning, full length electric sliding roof (which was fitted to our prototype and was a welcome addition), electric front windows, openable rear windows, electric power steering and central locking. And just as the new MINI brings a new era of personalisation to their owners, so do Swind, offering a totally bespoke programme which is priced upon request. 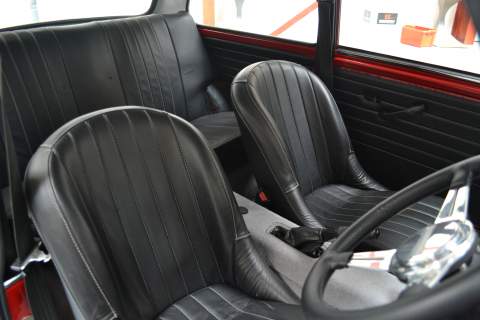 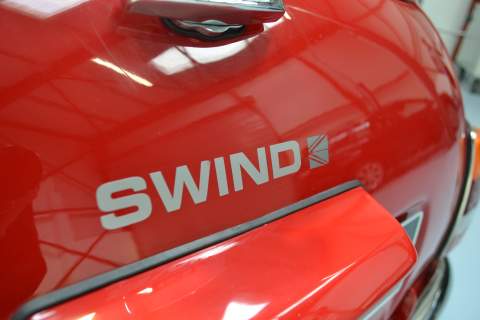 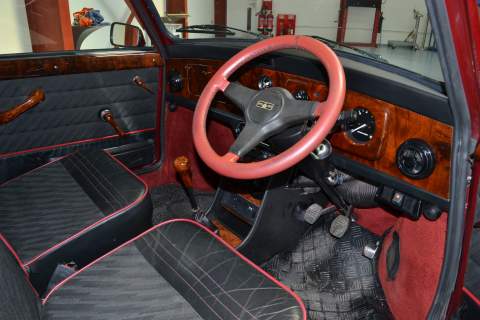 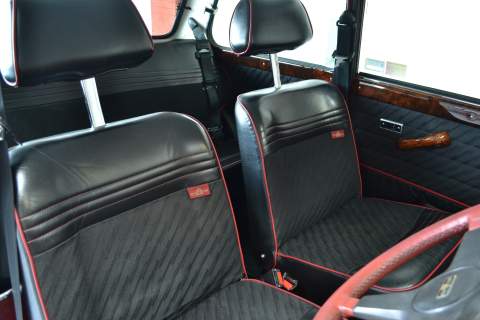 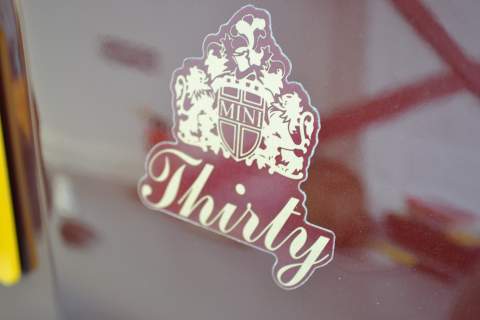 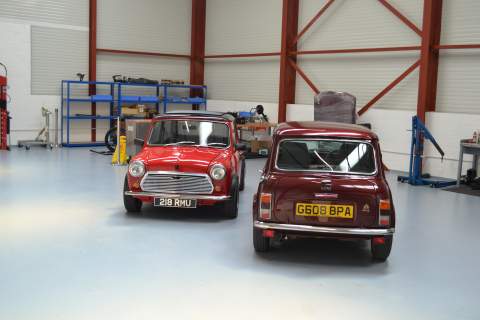 It’s quick! Using cutting-edge 24kW lithium-ion cells from Tesla to produce 80kWh (120bhp) of power, it takes just 9.2 seconds to get to 62mph (that’s quicker than the new MINI One by the way with either the 1.5-litre three-cylinder petrol engine or turbocharged diesel engine). And when you compare it to the performance delivered by the original 40bhp 998cc four-cylinder engine Mini it’s like night and day taking almost double the time to reach 60mph and 13.7 seconds to go from 30 to 50mph, while the E Classic does it in a staggering 4.3 seconds.

The E-Classic still retains the later dry rubber cone suspension, the same setup as the Austin, however the handling has improved vastly and that’s a by-product of the custom in-house electric powertrain. With a lower centre of gravity, compared to the original (reduced by 44mm) and the slight weight increase (an additional 80kg) it corners so much better with next to no body roll and the difference is really discernible when I jump into the Austin Mini, which gives a touch of early-warning understeer as you exit quick out of a roundabout. The E Classic also had a brand new steering rack so it was a lot keener to change direction. The original Mini handled like a go-kart anyway; Swind’s E Mini handles like go-kart on steroids.

While all of Swind’s E Classics undergo a full nut and bolt restoration it is still crude like the original Mini in the sense of if one was to compare it against a Renault ZOE, but it also has that cheeky quality which today’s breed of superminis is missing. It is cramped (I am six foot mind), it is very noisy (although we’re told that will be improved upon), and the seating position is strange, but, and here’s the most important thing, it is bloody good fun to drive – and quick!

There is another big difference and that’s braking. Both the cars on test here use servo-assisted front brakes with drum rears (which aren’t confidence inspiring even with a brand-new setup), but the E Classic has regen braking on its side and with all of that extra power it’s a welcome addition. It is very harsh, which if you’re used to electric cars is not a bad thing enabling one-pedal driving but the owner of our Thirty found it took some getting used to. It is also very jerky, especially at low speeds although I’m told this will be ironed out for the production vehicles. 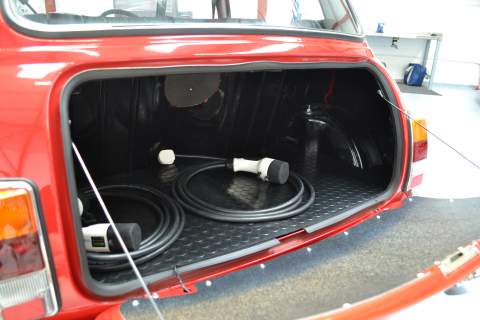 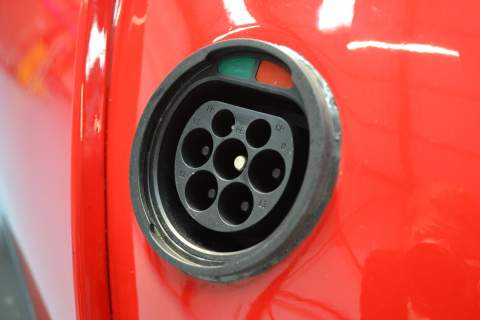 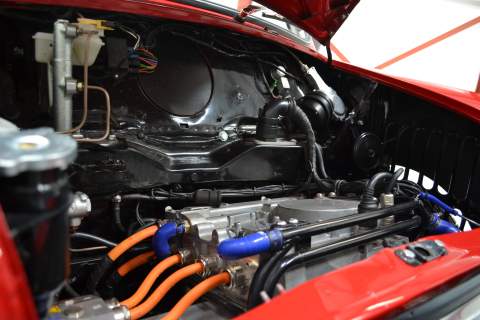 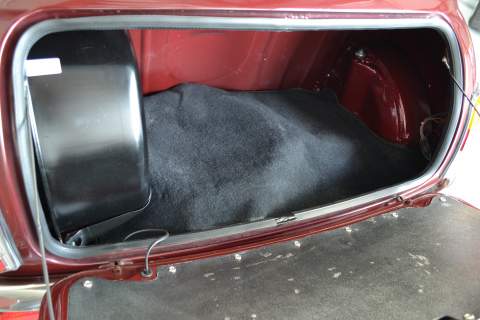 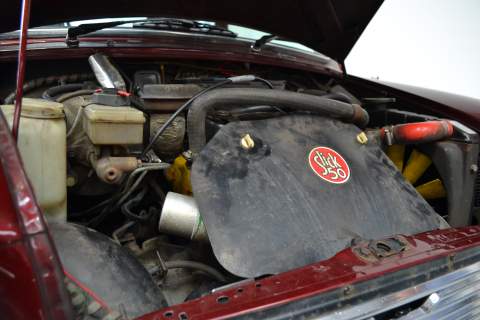 Should I get one?

If you’re a fan of the Mini, you have a spare £79,000 to burn and you’re a supporter of EVs, absolutely yes. That is a lot of boxes to tick, but it has a zero emission range of 125 miles (tested on the (WLTP cycle), and is verified by the MD to be pretty realistic after 10,000 test miles, a full charge takes just four hours from a 7kW charger. It is a lot more practical with an extra 80 litres of boot space (thanks to there being no need for a petrol tank), it comes with a host of creature comforts and it can hold its own in modern city traffic.

Swind will source you a donor car and will fully restore it (which they say would set you back around £25,000 after applying contemporary corrosion protection together with completely new brake and suspension parts) so you can be assured there are no problems lurking within or rust (which was a problem in the seams, sills, doors, floor, rear battery box and rear subframes) and electrify the car, of course. You’ll also never need to worry about the engine over-heating and oil leaks, head gasket problems, a noisy timing chain, or transmission failure. Interestingly Mini specialists Somerford Mini quote up to £15,000 just for a full body refurbishment.

It’s obviously a lot of money, however when you factor that this car took two years to develop, the cost of producing an EV is more than a conventional powered car (even for big car manufacturers it costs 25 to 50 per cent more) and that it’s a limited production run then you can begin to understand why it costs what it does. It also comes with a one-year unlimited mileage warranty and MoT. Exactly 60 years after the iconic Mini first hit the streets it’s amazing to see a British technology company creating an electric version that retains the same look, proportions and spirit of the original Mini, but with a cutting edge powertrain to make it a responsive, emission-free, fun city car. 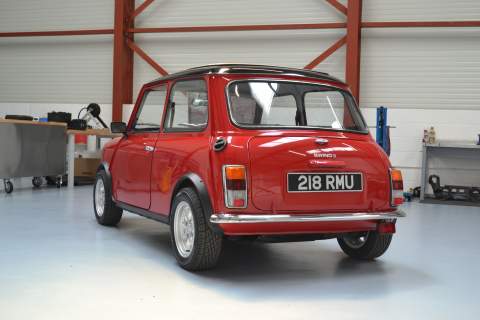 Thank you to Swind for letting us test drive their E Classic (03303 800605 / swind.life); Ian Thornton for bringing along his beloved Austin Mini Thirty for our comparison test; and classic Mini specialists Somerford Mini for putting us in touch with Ian (01249 721421 / somerfordmini.co.uk). 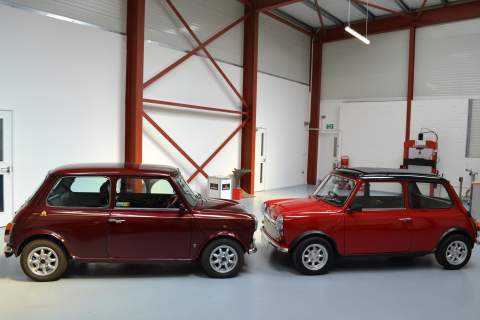 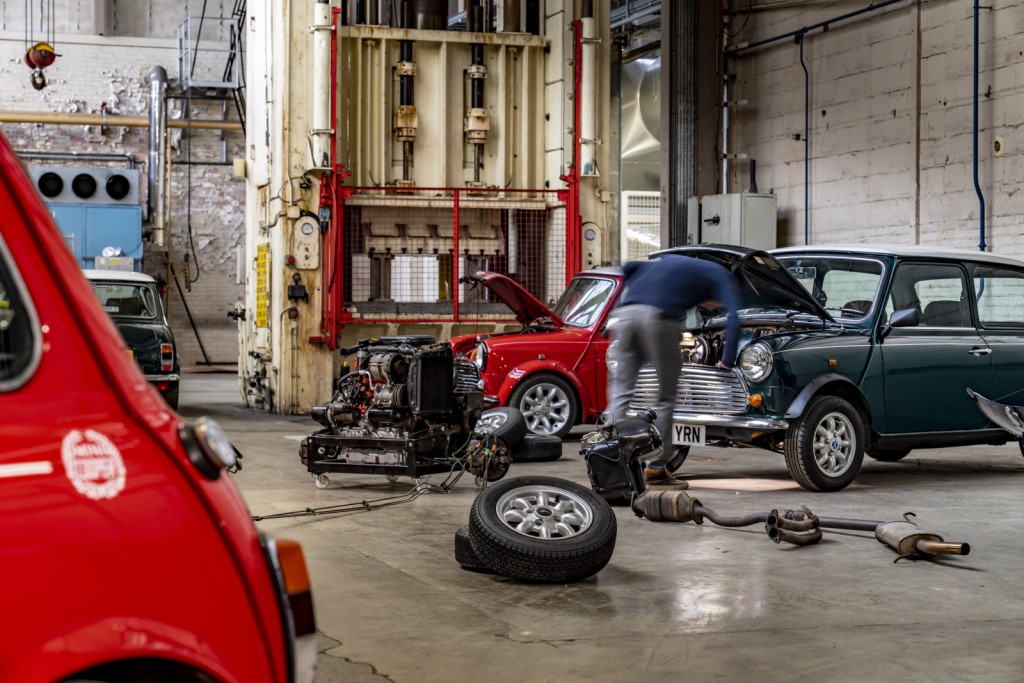 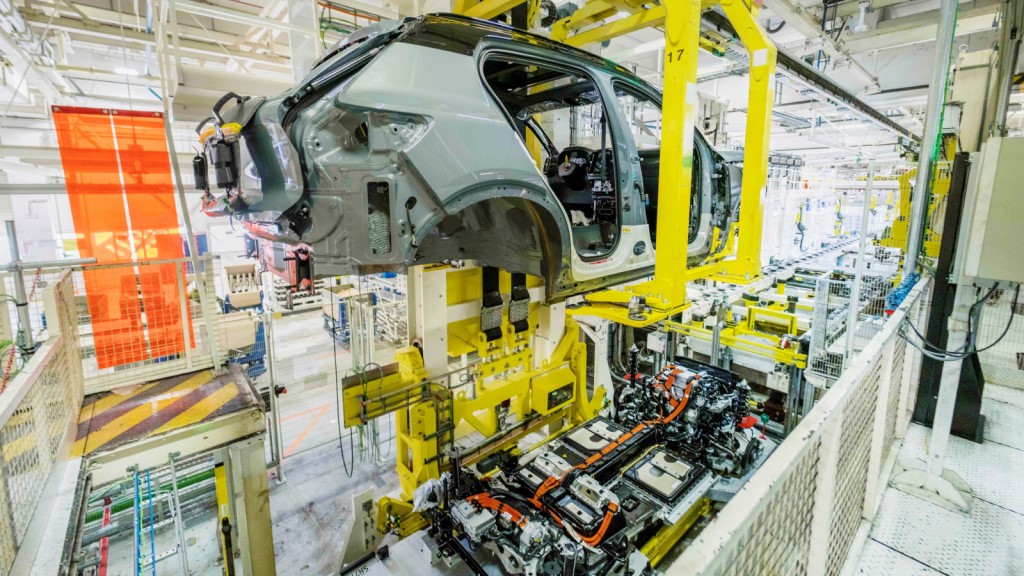 Are you sure this Mini had Hydrolastic suspension? I thought later Mini's had the rubber cone suspension?