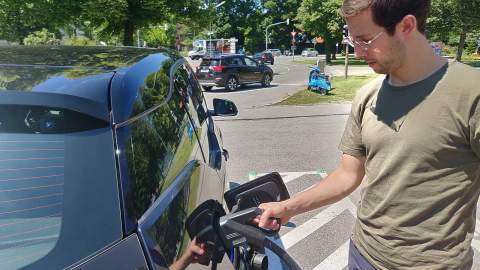 There are a number of misconceptions which may be preventing drivers from making the switch from petrol and diesel to zero emission cars – BMW i Andretti Motorsport Formula E racing driver Alexander Sims reveals the truth about EVs.

There are now over 200,000 plug-in electric vehicles on UK roads. Public perception and initial scepticism towards EVs are changing thanks to increased knowledge, exciting models with increasing ranges becoming available, the UK charging infrastructure improving and platforms, such as Formula E, helping to heighten the appeal of EVs.

However, there are still some long-standing myths about EVs that are proving difficult to quell. And with new diesel and petrol vehicles to be banned in the UK from 2040 at the latest – or potentially as soon as 2032 – these misunderstandings need to be overcome sooner rather than later to ensure we’re moving in the right direction.

Together with Discover EV, I hope to dispel some of these most prolific myths.

1. EVs will run out of charge

For me, around 95 per cent of my charging sessions are done at home, which is super convenient, and cheap! My lifestyle means that I don’t exceed my car’s range in a day too often, so I charge at home and only charge out and about when I’m covering longer distances.

There are over 25,000 charging connectors in over 9000 locations in the UK, with close to 1700 of these being rapid chargers. Now that might not sound like a huge number to cover the entirety of the UK, but the number of EV charging stations has now exceeded that of conventional fuel stations, with around 8400 of these currently active.

Admittedly, some EV stations will only have one charging point rather than the typical minimum of four pumps at a fuel station, but new charging points are being added frequently so the UK’s charging infrastructure is improving at a rapid rate. In fact, with rapid chargers offering rates of up to 350kW, such as those being installed by Ionity, you could put hundreds of miles back on the range in a little over five minutes – that’s comparable to refuelling an internal combustion engine (ICE) vehicle, or just about giving you time to grab a cup of coffee. And with the likes of Shell and BP adding rapid EV charging points at their fuelling stations, it’s set to get even easier to incorporate charging into people’s lifestyle and routines. 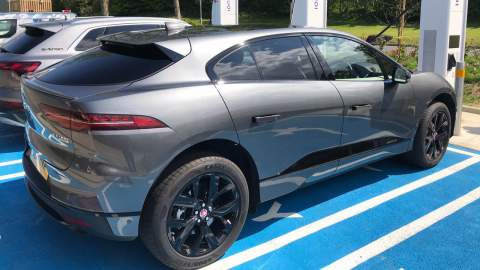 2. They are too expensive

There is currently some truth here, as initial outlay for an EV can exceed that of a new ICE vehicle but prices are coming down as technology improves. The entry price point to an EV is around the £18k mark.

Running costs though are dramatically reduced. With an i3 you could save around £1300 annually compared to refuelling a traditional combustion vehicle (generally the more you drive, the more you save though). Figures given by the Energy Savings Trust suggest that running an EV for 100 miles costs between £4-£6, whereas the same for a petrol or diesel could be £13-16. You can also save on road tax and congestion charges too, and benefit in kind (BIK) tax rates are being revised, particularly for EVs, so it will be more favourable again for zero emission company cars from 2020-2021 tax year onwards. 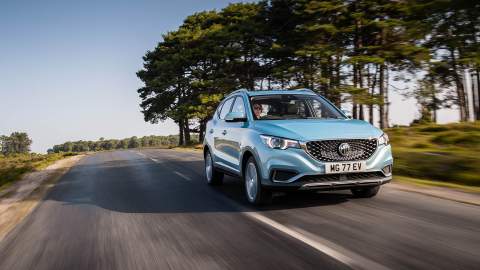 This one is pretty ludicrous. On average, EVs have far more power and torque than ICE vehicles. With no gears, they have instant torque from a standing start, and it just keeps coming. The BMW i3 can accelerate from 0-62mph in 7.3 seconds and as the automotive industry continues to move towards electrification, there are and will be more powerful EVs.

Today, the fastest mainstream production car is an EV. And, at the extreme end, you have the Volkswagen ID R and NIO EP9 cars that have set new electric lap records at the Nürburgring Nordschleife over the past couple of years – they are hugely fast and powerful, illustrating what can be achieved with an EV. 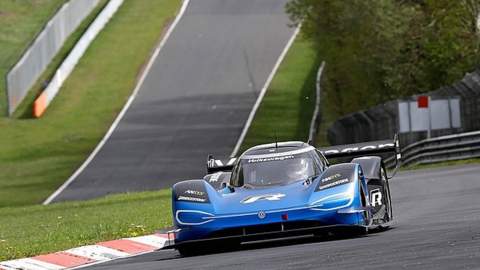 4. They can’t do long journeys

Having had EVs as my daily drivers since 2012, I’ve completed many long journeys in mine. I’ve travelled from the Midlands up to Knockhill in Scotland, to Spa and also Le Mans for race events, and most recently took a 270 mile trip from Munich to the Bern ePrix. This was my first extended road trip in a pure electric i3: it felt great that we’ve come this far that journeys like that are now easily achievable.

EV range is increasing as battery technology improves. Vehicles available today can offer 200-250 miles in range, with some over 300 miles. Meanwhile, the improving network of highway rapid chargers mean that charging stops are quick and painless, becoming closer in length to an ICE vehicle to refuel.

What’s more, with the near silence of the EV, the long journeys are even more pleasant! 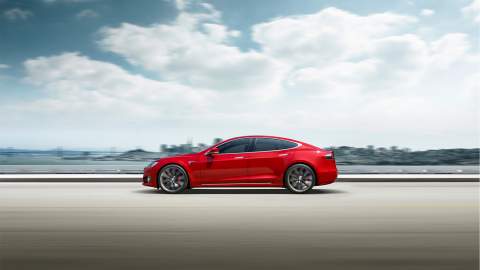 5. Electric cars are no better for the environment

If charged purely by electricity produced in a coal power station, EVs are still marginally better than the majority of ICE cars out there. Considering the UK has gone many days recently without coal contributing to the national grid’s electricity mix, and with renewables making an increasing contribution, the positive environmental impact of EVs is already good and will continue to get better as time goes on.

Additionally, most charging is done overnight, which is when demand on the national grid is at its lowest. This electricity is generally lower carbon than in the day and if demand became more consistent through the 24-hour period due to cars plugging in at night, then that will reduce stop/start at power stations and make them more efficient. 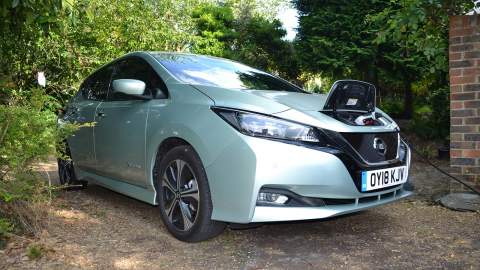 This myth is up there amongst the idea that EVs can’t be driven on motorways, can’t go in a car wash or be charged in the rain! They are enormous fun to drive! The instant torque gives you an incredible feeling when you put your foot down on a motorway. They’re extremely fun and playful on the road.

Additionally, I find that getting the most mileage from a charge can sometimes turn into a game; on the more boring journeys I find myself looking to try and eek out just a few more miles. I’m quite competitive, so I like to see how I can improve this sometimes. (You can read Alexander’s tips for extending range here).

As I say I’ve been driving EVs since 2012 and for me there’s no turning back. I really enjoy the torque and driving feel, the quietness and feeling of calm in the car. I also love being able to charge at home, so I don’t need to spend time in fuel stations. And I love not having to fork out for a tank of petrol even more!

Alexander has also given tips on how to get the most range out of an EV and talked about the special challenges of Formula E. 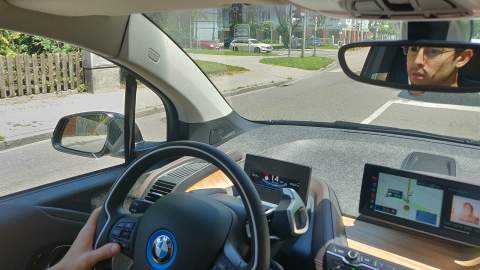