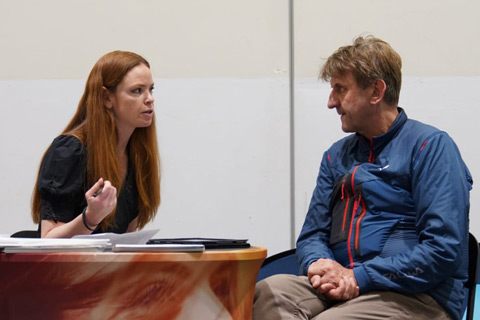 Polish adventurer Marek Kamiński raises awareness of the electric car by driving the new Nissan LEAF through Kaliningrad, Lithuania, Russia and Siberia, Mongolia, China, and South Korea on his way to Japan. Louise Woodhams finds out more about his 19,000 mile trip and what’s next.

Where did your love of travel come from?

My love of travel came from books I read growing up, my favourite authors were Stanislaw Lem and Jules Verne.

And what about electric vehicles?

I hold the Guinness World Record for being the first person to walk to both the North Pole and the South Pole, solo and unsupported. I then did the 2004 Together to the Pole Expedition to both Poles in a single year with disabled teenager Jan Mela. After that I began to think of a trip to the two ends of the earth, in much the same fashion – without leaving a trace, which is when I thought about the idea of a solar powered car. There are no cars primarily powered by the sun that are commercially available so that’s where the idea, and subsequently my love, of electric cars came from. Caring for a better world requires courage: courage to change your habits, courage in reaching for new technologies, courage in getting out of your comfort zone, courage in doing things that are still not very popular in society, such as care for the environment or the immediate surroundings by driving an electric car. 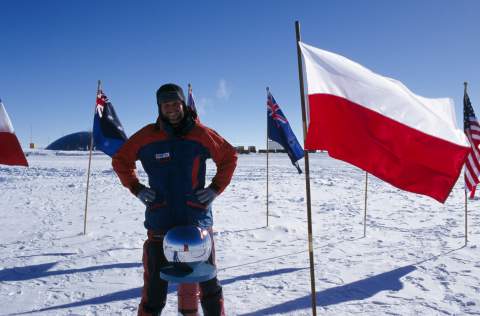 Were you inspired at all by your fellow countryman Arkady Feidler who travelled the whole length of Africa in the same car, albeit the first generation model?

We were actually planning our trips at around the same time but of course I was observing Arkady and studying what he was doing. There are probably very few adventurers who would drive an electric car for tens of thousands of kilometers on an uninterrupted expedition – so it’s good to gain experience from people who do (read our exclusive interview with Arkady here)! 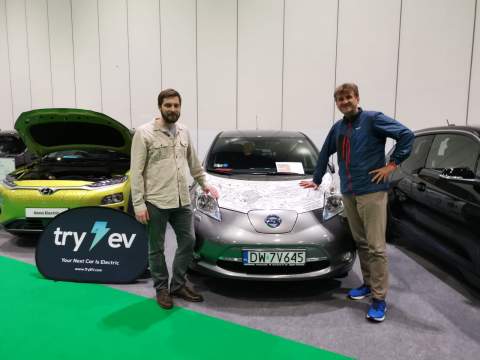 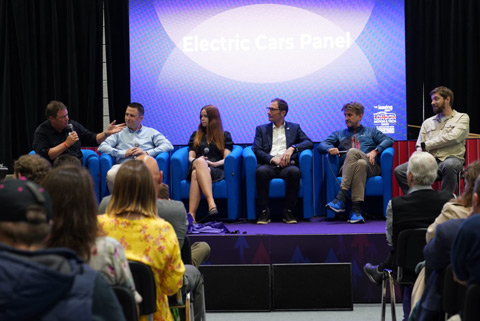 Marek was on the EV panel at the London Motor & Trade Show along with (from right to left) Arkady Feidler, Try EV’s founder Gerard Chaustow, our very own editor Louise Woodhams, and Solar Plants National Sales Manager John Bloomfield – with TV star Mike Brewer as host

Can you tell us about your Nissan LEAF?

I collected it direct from Nissan’s Intelligent Mobility Centre in Dongfeng, in May 2018; it was given to me by the car manufacturer for the purpose of the trip. I had friends who prepare cars for motorsport such as Dakar, to modify the car for me. So they raised the suspension, changed the tyres, created a bespoke plating to protect the underside of the car and made a bed inside down the entire right-hand side. I also had a side awning that I could put up and the electrics were modified so I could charge my phone, camera and laptop in the car without affecting the range too much. 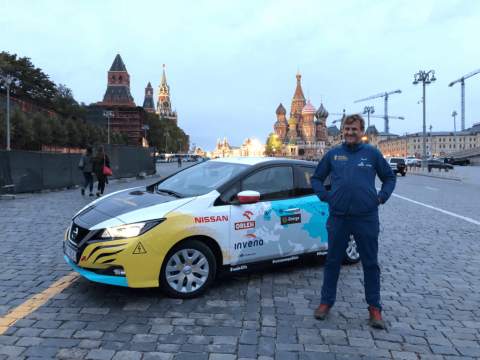 As an affordable, popular mainstream product, Marek said finishing the journey in a LEAF was more meaningful in that it can take the rigours of varying road conditions and distances

And did you make a conscious effort to leave no trace on the road outside of using a zero-emission car?

Yes, the ideas and values ​​of the project were manifested in the use of: organic food packaging, as well as organic food itself, filtered bottle water, solar powered batteries, minimalist clothing sets and ecological shoes.

Have you had any experience in doing long trips in an electric car?

No, but in 2016 I did a round trip from Poland to Turkey and Morocco in a Toyota Land Cruiser so I had experience in how to sleep in a car and the types of terrain I would encounter. I covered 15,000 miles in one month.  It set me up very well for my No Trace Expedition two years later in 20, but of course, I was still worried about reliability and cruising range of the vehicle, but the cumulative mileage history of all the LEAFs that are or have been on the road was proof of the EV's reliability. I wanted this expedition to overcome the perception that EV technology is still considered by many to be new, and by doing the journey in an affordable, popular mainstream product, it felt more meaningful.

It was the longest possible trip on land from Poland using ferries and it was my dream to drive across Siberia, Mongolia and then on to Japan. I think I was the first person to cross Russia in an electric car via the Trans-Siberian Highway, which is one of the world’s longest national roads. Some of the conditions, especially Siberia, tested my strength as a person but also the car. The slogan of the expedition is: "Caring for a better world requires courage" and there is no fun without a challenge.

How did you go about charging the car, did you plan ahead?

China has now become the largest new energy vehicle market in the world and is a strong testament of the Chinese government's unremitting effort in energy-saving and emissions reduction and in terms of infrastructure, charging facilities can be seen everywhere in China, which made things very convenient for me.

After Moscow however, there are almost no charging stations, the most problematic area was Mongolia because of their problems with power supply. The easiest way to check if power sources were available was to analyse the night mode on Google Earth – if a specific area is lit up I assumed that there was electricity. Other than that I planned from day-to-day. Apart from ensuring I had many adaptors in order to charge the car from any power source, there was no point doing anymore pre-planning, I just ensured that I drove as efficiently as possible and used LEAF spy, which is a software program that runs on most Android phones and displays information from the ECU. Among many other things I can find out how many kWh remain in the battery pack, percentage state of charge, distance to empty based on personal settings for efficiency and the amount of energy that I want to leave as an emergency reserve which I set to 30 miles of range.

I speak seven languages – including Japanese and Russian, so it was easy for me to explain why I needed to use people’s electricity and everybody was very accommodating. 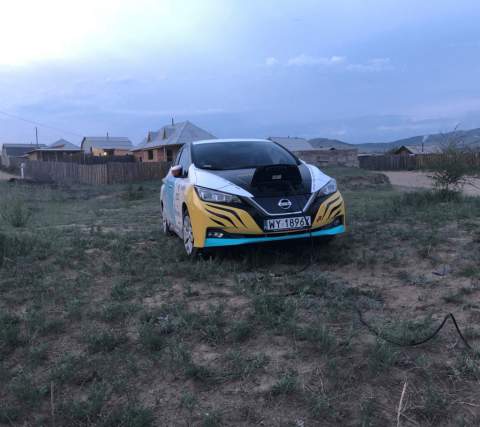 The Polish explorer said the people he met on his way, despite their doubts about whether his mission was possible, were crucial to the success of the journey with their hospitality enabling him to plug in his car

You next expedition is around the world. What is your objective for doing this trip?

It will be quite different to my last expedition – it’ll still be in an electric car, which I think will either be a Tesla S or Nissan LEAF, but I will be accompanied by the NOA humanoid robot, and so it will also be about the relationship between robot and human. Again I won’t pre-plan for my trip in terms of charging, I’ll just make use of the car’s software and plan one day at a time – it is much more efficient like that. I will be visiting Turkey, Iran, India, China, South Korea, Japan, USA, Canada and then London, and it will take me five months. I think it will be a great project with many adventures and I’ll be making a great film about it. I believe the electric car represents infinite possibilities of the future and in a world where travelling is ever easier you can travel in a responsible way. I hope these expeditions help people to realise that but also prove that even electric cars created for cities can travel distant and difficult distances. 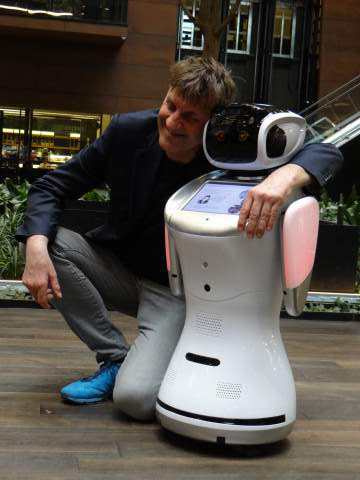 Marek’s next adventure by electric car will see him go around the world accompanied by NOA, the humanoid robot – why? Marek is keen to explore the relationship between people and artificial intelligence 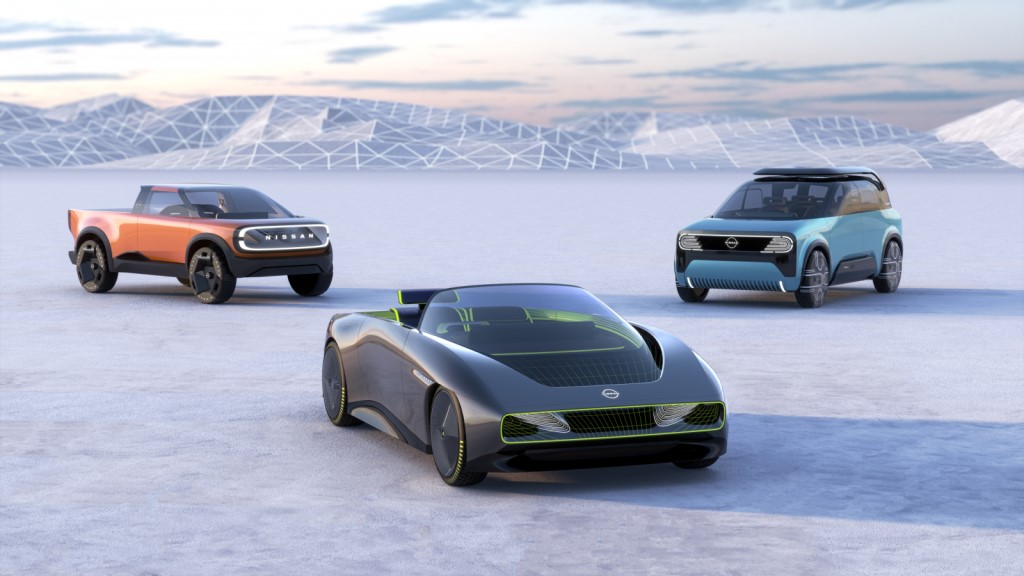