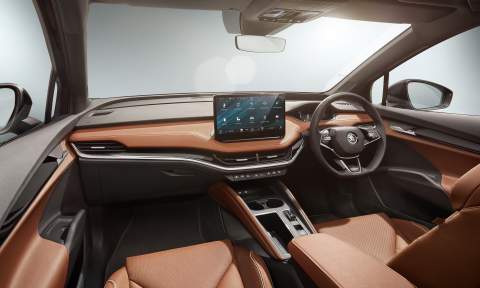 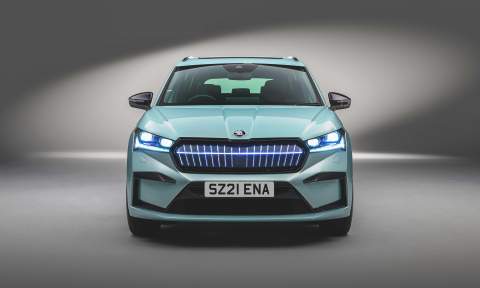 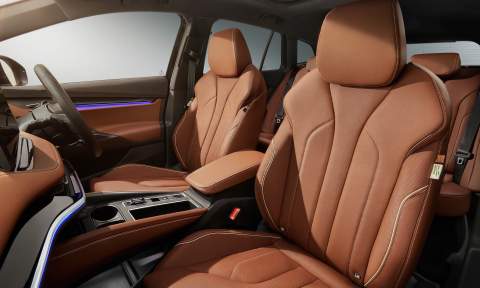 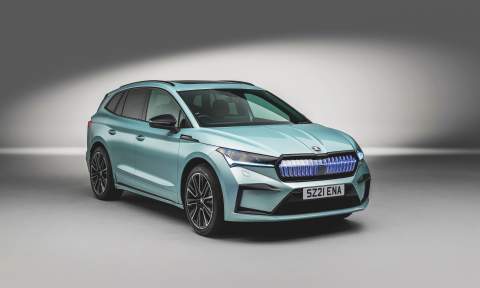 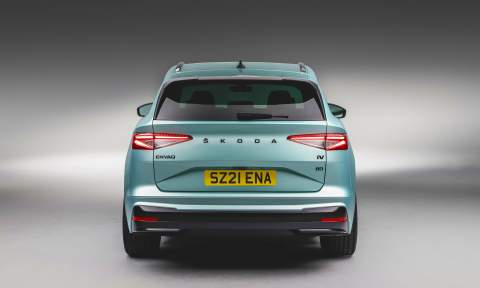 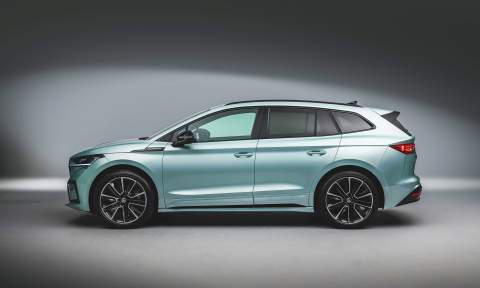 Škoda has finally lifted the lid on its first purpose-built EV – the Enyaq iV. Based on the VW Group's MEB platform, it promises a lot of interior space and clever packaging alongside several different powertrain options delivering up to 316 miles of range as well as a sportier version with the vRS model.

Škoda has been drip-feeding information about the Enyaq iV since the spring but it has finally done the official unveiling of its all-electric SUV. A rival to cars like the Kia e-Niro, forthcoming Vauxhall Mokka-e and its PSA Group derivatives, it brings Škoda's 'Simply Clever' mantra into the electronic era. Within this, the Czech brand is aiming to deliver practicality, style, lots of kit and – in the vRS – plenty of fun behind the wheel.

The Škoda Enyaq iV will be offered in the UK with two different battery sizes and single motor, rear-wheel drive or two motor, all-wheel drive.

Taking the performance up a level are two top-of-the-range versions which also utilise the 77kWh battery. The 80x and ubiquitous vRS versions of the car have a motor up front as well as at the back, delivering 261bhp and 301bhp respectively via all four wheels. The 80x hits 62mph in 6.9 seconds and tops out at 99mph, whilst the vRS will do 0-62mph in just 6.2 seconds and has a top speed of 111mph. Both cars have a range of up to 285 miles.

In term of charging it's a case of the bigger the battery, the faster the charging speeds. The maximum AC input is 11kW across the range, whilst with DC input the 60 can be charged at 100kW and all 80-spec cars at up to 125kW which should deliver 10-80 per cent in less than 40 minutes.

Škoda is building a 50kWh version of the Enyaq – the 50 iV – though it won't be available in the UK at launch.

Update 01.12.21: Škoda has updated all new models of the Enyaq iV to increase the maximum DC charging power. The Enyaq iV 60 can now take up to 120kW whilst the 80 spec models can take up to 125kW. Previously, the standard figure for both was 50kW, with the higher 100kW and 120kW for the 60 and 80 models respectively unlocked by shelling out £440 on the options list. With all models now benefitting from these higher rates, the 60’s charge time to 80 per cent has dropped from 55 to 35 minutes, and the 80 from 70 minutes down to 38 minutes.

Major exterior Škoda design features are present and correct in the Enyaq iV – namely the brand's signature grille which is illuminated in this case. Wheels of between 18 and 21 inches are available, with the latter necessary on a car which, at 4659mm long, 1879mm wide and 1616mm high isn't far off the size of the brand's Kodiaq large SUV. Despite the size, a slippery drag coefficient of 0.27 helps maximise range.

Inside, the MEB platform has enabled Škoda to endow the Enyaq iV with plenty of space which again, can be compared to the seven-seat Kodiaq. A myriad of useful cubby holes and storage compartments throughout the car – such as the classic door umbrella compartments – are all part of Škoda's Simply Clever mantra. If buyers opt for 'Lodge' or 'ecoSuite' design packages the car gets new sustainably-sourced materials including seat covers made of a blend of responsibly sourced wool and polyester from recycled PET bottles. On Congnac-coloured leather, chemical dyes have been eschewed in favour of olive leaf extracts.

A 13 inch free-standing touchscreen display represents the largest available on a Škoda. It can be operated with gesture control or Laura digital voice assistant. An eight speaker sound system is standard with a twelve speaker system from CANTON optional.

A built-in eSIM to all models keeps the Enyaq iV online at all times. This enables the car to be set-up remotely via the Škoda Connect app and also enables over-the-air updates to take place. From a driving point-of-view, live traffic and charging services are fed into the navigation to help smooth out journeys.

Update 16.02.21: Škoda has announced a sporty new variant to the Enyaq iV range. Called SportLine, it sits lower thanks to a 15mm drop at the front and 10mm at the rear. Specification-specific 20 inch Vega Anthracite alloys emphasise the drop by better filling the wheel arches, too. Exterior design tweaks include black body details such as the grille, window frames, roof rails and rear diffuser. Body-coloured side skirts and aprons add to the more aggressive effect, and LED Matrix headlights come as standard. Black details are carried over into the interior.

SportLine trim is available with two powertrain options: the Enyaq iV 80 or Enyaq iV 80x. Prices will be confirmed later in the year.