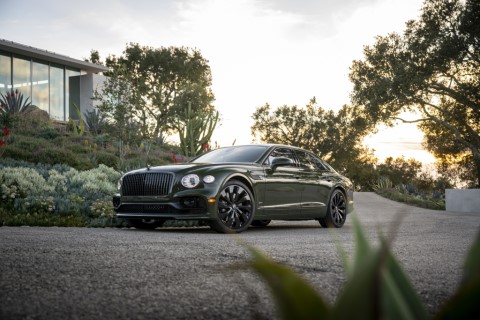 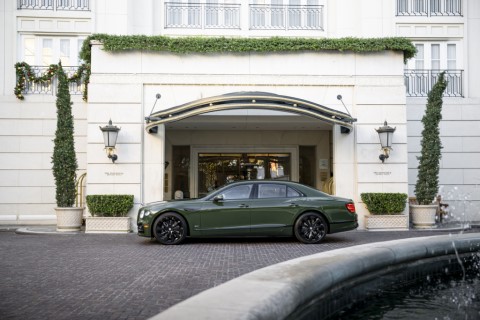 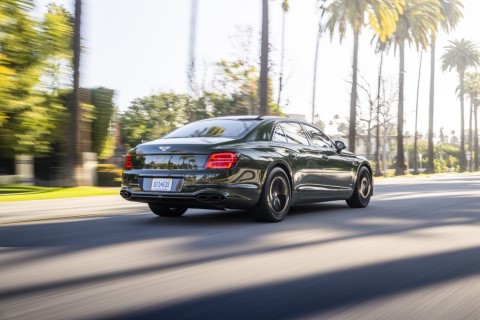 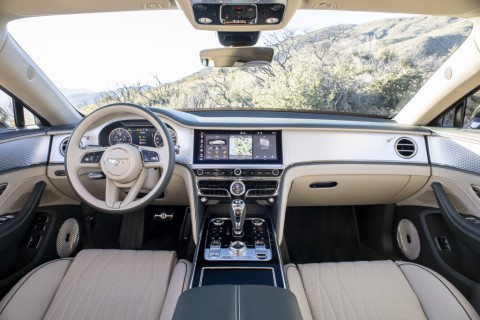 It’s been almost a year since Bentley announced its Flying Spur plug-in hybrid. It has now undergone type approval and in doing so becoming the most efficient Bentley to date. At the same time, the British luxury brand is searching for a new generation of engineers to help it push forward with full electrification.

According to the official WLTP test, the new Flying Spur Hybrid is good for up to 85.6mph with combined CO2 emissions of 75g/km. This makes it the most economical car the brand has ever produced.

Being a plug-in hybrid, the official efficiency and low emissions is largely down to the fact that on a full charge, the Flying Spur is capable of 26 miles of electric motoring thanks to its 18kWh battery and 134bhp, 295lb-ft e-motor. Obviously, when the 2.9-litre, turbocharged V6 petrol engine kicks in and all 536bhp and 553lb-ft are deployed things go south somewhat, but drive carefully and Bentley reckons that the Flying Spur Hybrid is good for over 500 miles on a charge.

The powertrain is effectively the same as the Bentayga Hybrid, but the Flying Spur’s GT aspirations mean its top line figure is an additional 95bhp over its SUV brethren. Performance is obviously strong, with 62mph coming up in 4.3 seconds, though Bentley would rather you enjoyed the ample waft on order rather than driving with a leaden foot.

We’re still awaiting final pricing, but somewhere in the region of £150k is likely.

The Bentley Flying Spur Hybrid is just part of the brand’s push to be fully electric by 2026 – a project it has called Beyond100 which nods to its 100th anniversary and the fact that it doesn’t want to remain rooted in the past.

Pivoting away from large petrol engines is obviously a massive deal for a brand which has built its reputation off the back of large, multi-cylinder gas-guzzling lumps throughout its current lifespan, but evidently Bentley is dedicated to its cause. At the moment, it is ramping up its Beyond100 strategy and is seeking 100 new recruits to help move it towards electrification, supporting the launch of a new EV each year until 2025.

Disciplines that the Crewe-based company is targeting include the ones you’d expect, such as engineering, research and development, design and chassis tech, but around half have a specific focus on electrical competencies as well as elements such as user experience and user interface development.

According to Dr Matthias Rabe, Bentley’s Member of the Board for Research and Development: “Bentley is in the middle of the most significant transformative phase in the company’s long and illustrious history.

“We are looking for true innovators, who can create the new future of automotive, support our product ambitions and shape our Beyond100 vision as we aim for leadership within sustainable luxury mobility.”