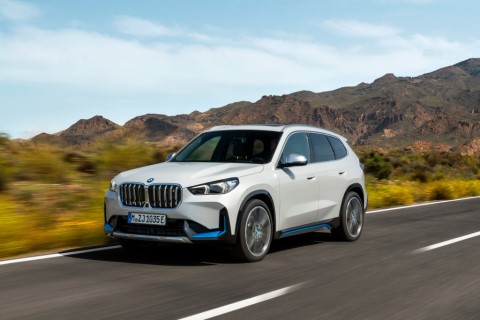 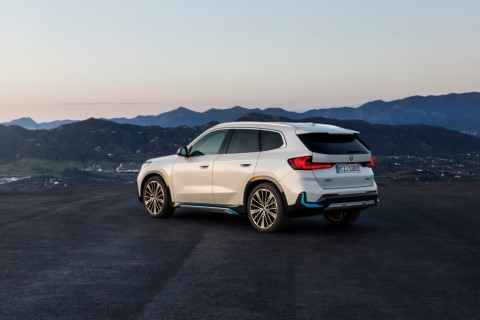 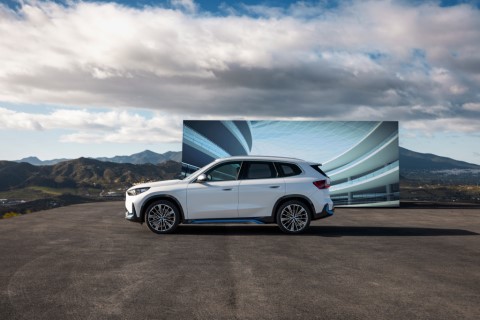 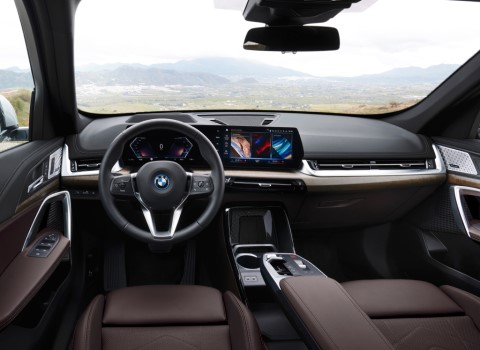 BMW has launched its latest EV in the UK. The iX1 joins the brand’s fully electric line-up beneath the iX3 as the smallest battery powered SUV in the range. Promising great performance and a competitive range, as well as BMW’s latest refinements, it is also joined by two PHEV variants.

The new BMW X1 is more of the same – but better – from the German brand. Incorporating the latest styling and tech features, it offers the same small SUV appeal that has seen the X1 become a familiar silhouette on the road, but slightly larger and with new powertrains. Most excitingly from our perspective is the introduction of the all-electric iX1 xDrive30, which should prove a popular choice against competitors from Audi, Genesis, Polestar and the like.

As well as a fully electric version, BMW is launching two PHEVs which combine a punchy three-cylinder petrol engine with an electric motor on the rear axle.

Fifth-generation electronic drive units sit on each axle of the BMW iX1 to give it the all-wheel drive, xDrive credentials. Combined, the two drive units deliver 308bhp and 364lb-ft, making the iX1 xDrive30 the second most powerful option in the X1 range after the high-powered PHEV version. Thanks to the linear acceleration of electric motors, however, the iX1 will match the petrol car to 62mph, taking just 5.7 seconds and going on to a top speed of 112mph.

PHEVs will be available in xDrive30e and xDrive25e trim. Both have a three-cylinder turbo petrol engine driving the front wheels via a seven-speed gearbox and an electric motor on the rear, producing a total of 326bhp and 245bhp respectively. A 14.2kWh battery enables up to 55 miles of range, whilst charging at 7.4kW AC takes 2.5 hours.

BMW has tweaked rather than completely redesigned the new X1. It’s 53mm longer at 4500mm, 24mm wider at 1845mm and 44mm taller at 1642mm than the outgoing car with a 22mm longer wheelbase. Up-front is an enlarged, squared off kidney grille and slim LED headlights which wrap around to the flanks. These are split into three units for low beam, high beam and DRLs which incorporate indicators.

From side-on the roofline extends back to a rear spoiler, whilst the shoulder line extends from the front arches to the rear LED lights. Flush door handles complete the look. At the rear, chrome side details and a prominent rear apron polish off the look. Wheels of up to 20 inches can be specified if buyers opt for xLine or M Sport trim. BMW also highlights the X1’s aerodynamics which, at Cd 0.26, are best in segment.

Thanks to its larger physical size, the new BMW iX1 is roomier inside. A 40:20:40 split rear bench can be moved forward or aft by 13cm while in use, offering up to 540 litres of space while in place on petrol models; the iX1 may be slightly smaller due to its under-floor battery. This increases to 1600 litres when folded – again on petrol models.

Up-front, a multifunction steering wheel sits ahead of a 10.25 inch digital dash which is merged with a 10.7 inch touchscreen behind a single piece of curved glass, all of which forms the now standard BMW Curved Display. All of this is powered by the latest BMW Operating System 8 which includes voice control and an interface designed around smartphone-style functionality. A head-up display is also available depending on specification and on both the iX and xDrive ‘e’ PHEV variants, My BMW App offers remote charging control and BMW Digital Key Plus.

Standard internal combustion X1 models are already available to order and start at just over £35k. The PHEV and fully electric variants are set to follow soon and pricing information will be forthcoming closer to that time. We will let you know what that is as soon as we find out.