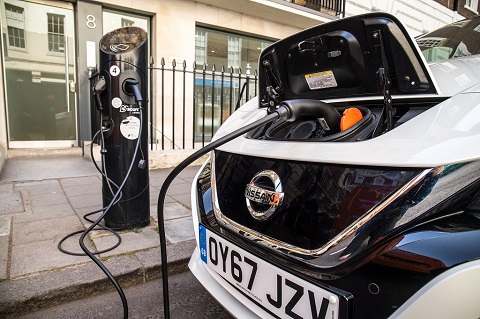 Surge in the number of UK charging stations

Two months ago we reported on the fact that there were now more charging stations than petrol stations in the UK. Between then and now, this number has grown by almost 1000 according to charge point experts, Zap-Map.

It's not just the number of charging stations that is going up at an ever-increasing rate; the charge rates available are creeping up and, in the case of BP Chargemaster, its ultra-fast network is poised to go online.

It's almost a century since the first petrol station – as we know them – opened in the UK. The site at Aldermaston in Berkshire started retailing in November 1919, but while most of us may still be driving around thanks to the power of the quaint antique that is the internal combustion engine, almost a century later the tide is turning.

For context, just seven years ago when EVs like the Nissan Leaf were entering the market, there were less than 1000 public locations at which to charge.

In the capital, Transport for London alone installed over 1000 new charge points in the last 12 months, yet at the same time finding petrol or diesel is becoming more difficult. Within the congestion charge zone there are just four petrol stations and in central London as a whole, there are nearly half as many petrol stations per car as in the Scottish Highlands.

Many people are still put off by the time it takes to charge an EV, but rapid chargers, which can juice an average electric car to around 80 per cent in less than an hour, are becoming ever more numerous. In terms of charging capacity, rapid chargers are typically considered to deliver around 50kW.

Of the 9300 charging locations in the UK, 1600 now have rapid chargers and Zap-Map tracked two new rapid charging devices coming online every day between mid-July and mid-August alone.

Ultra-fast charging is the next step up and BP Chargemaster is one of the suppliers leading the way. The first of a planned 400 chargers capable of delivering 150kW is now installed and essentially ready to go at its BP Cranford forecourt in Hounslow.

Chosen because of its location at a major meeting point for traffic from central London, Heathrow and the wider motorway network, the charger at BP Cranford offers CCS and CHAdeMO connector options and will be accessible through BP's Polar membership scheme, and thanks to a government directive, (as we recently noted) contactless payment.

It's worth remembering that only a handful of EVs can currently take anything like 150kW. Teslas, the soon-to-be-released Porsche Taycan and Audi e-tron are but a few, but installing the infrastructure now is more about future-proofing the network for next-generation EVs. In that sense, it's good news for prospective buyers that charge point suppliers are ahead of the game.

Prices and specs of MY20 Nissan LEAF