The Fisker Ocean will be available in off-road guise, but can it take the fight to the Tesla Cybertruck?

High-profile car designer and second-stab brand owner, Henrik Fisker, is promising a lot from the forthcoming Ocean SUV. In standard guise it's set to be a luxurious and eco-friendly car, but not content with that, the company has released renderings of a 'Force-E', rugged off-road variant. Is Fisker looking to intrude on the Tesla Cybertruck's space, or is it just a hashed-together marketing ploy?

You've got to admire Henrik Fisker and his continuing optimism for both creating and running a successful car brand. Fruit of his most recent labour is the Fisker Ocean, which first broke cover at CES back in January, and is a relatively straightforward electric SUV with a highly ambitious price tag, and also an innovative leasing/purchase scheme.

Under the skin, the Ocean is powered by an 80kWh lithium-ion battery which should give it a range of around 300 miles and, thanks to CCS Type 2 charging at up to 150kW, ultra-rapid charge times of around 20 miles per minute. A solar panelled roof is said to offer up to 1000 free miles per year – presumably in very sunny areas – and the interior materials are made from recycled plastics. In fact, Fisker's big selling point is that the car should be the most sustainable across the entire production-to-disposal lifecycle.

What the Fisker Ocean isn't designed to be is a rugged off-roader, capable of climbing every mountain and fording every stream. The only hills it's fundamentally built for are those that begin with Beverly – unlike the Tesla Cybertruck, which is designed to deal with the rough stuff and pull large objects along behind it. Never one to shy away from an opportunity when it presents itself, Fisker has now penned a rugged version which might try to step on Tesla's toes.

Now, stick with us here whilst we wade through some of the PR materials released in support of the Force-E (which means Force Electric). According to Fisker, more than 22,000 people from 116 different countries have 'shown interest' in the Ocean, with the majority of reservations unsurprisingly coming from the USA. Now, “in the aftermath of the COVID-19 crisis”, Fisker reckons people want something that will “unite utility, sustainability and affordability” - three things that the Cybertruck is aiming to do.

We're going to push the almost shameless bandwagonning of introducing the COVID-19 crisis to one side here. Though in brief, our guess is that with 'prepping' (the stockpiling of food, supplies and – in the USA – unnecessary amounts of guns and ammo) being so en vogue at the moment thanks to the health crisis, Fisker simply couldn't resist.

The Force-E optional package comes exclusively on all-wheel drive variants, offering “approximately 300 horsepower”, with more to come from the high-performance version. The list of modifications includes: upgraded and lifted suspension, off-road wheels and tyres, extra front fog lights, front protective bar and scuff plate, more tow hooks, a roof rack with integrated lights, a rear hatch tool and power plug box, and a partridge in a pear tree (ok, we made that last one up). The 'Force-E fortified' Ocean will even carry a full-sized spare wheel recessed into the bonnet.

Tesla's Cybertruck might look completely off-the-wall, but it's not entirely different to the Force-E Ocean at a base level. Tesla has even changed the Cybertruck to bring its dimensions closer in size to the comparatively small Ocean (by putting it in a photocopier at -3 per cent from what we can tell).

Our Tesla Cybertruck overview gives you all the detailed and technical information which, despite the subtle changes to the design, look to remain as announced. Side-by-side, the mid-spec dual motor AWD version is closest to the Ocean, offering a 0-60 time of around four seconds and somewhere in the region of 300 miles of range. Given that the bottom-of-the-rung Cybertruck is set to retail at around £21k, we can take a fairly accurate guess that the dual motor version will be roughly on-par with the Ocean's £24k price tag.

There's little doubt that with a brushed steel 'exoskeleton' body as well as confirmed off-road performance details showing that the Cybertruck can scale a 36-degree slope with no issues, and tow 4.5 tonnes in dual motor guise, the Tesla means business. We don't have these particulars from Fisker which is probably down to the fact that for now, the Force-E is but a drawing and an idea.

Well yes, the Fisker Ocean Force-E is absolutely a marketing ploy. But that's not to say that it won't get built. Fisker is aiming to begin building the standard Ocean SUV at the tail end of 2021, with 'high volume ramp up' beginning the following year. The brand is looking to launch the car with four different package options and the Force-E is going to be one of these.

Quite whether that was originally the plan is open for debate, but piggybacking on the potential consumer demand in a post-COVID-19 world is hardly bad business sense.

Our best guess is that realistically the Ocean Force-E can't live up to the Tesla Cybertruck in the real-world. Tesla has form – in that it has actually got cars and technology in production. It also has money and a team of some of the best EV minds in the world working for it. Fisker, whilst headed up by a brilliant car designer, has none of the above. Nonetheless, we do hope it comes to fruition and those who have already put money down don't wind up disappointed.

Fisker Ocean heading to the UK

Update 07.12.20: We were already aware that Fisker was going to offer the Ocean for sale in the UK, but its ambitions have been bolstered thanks to the signing of a deal with Cox Automotive and Rivus Fleet Solutions here in Blighty.

The deal will see Cox and Rivus providing vehicle delivery, service and maintenance, fleet management, mobile servicing, valuation, trade-in, refurbishment and remarketing. This effectively ties up the entirety of the aftersales area of owning a Fisker Ocean here in the UK, meaning that buyers can expect what is essentially the same treatment as they would get from a manufacturer-run network. Reading between the lines, it's clear that Fisker has its eye on the fleet market as a major point of growth in the UK.

This news follows a recent announcement from Fisker that it will be using Magna International to manufacture the Ocean in Europe from its official launch at the end of 2022. In-market production clearly offers an edge to the brand over importing vehicles from the States. On the retail side, Fisker will open its first 'Consumer Experience Centre' in London in 2022.

Update 04.02.22: Fisker has announced that the Fisker Ocean will get its European debut at Mobile World Congress, which takes place in Barcelona from February 28 to March 3. Eight months down the line, in November 2022, Fisker aims to start delivering the Ocean to customers both in North America and Europe, albeit we don't know which European markets will be first to get deliveries - though a forthcoming brand experience centre in Munich would hint at Germany. We do, however, know that the base-spec car will have a 250-mile range and will cost from £34,990 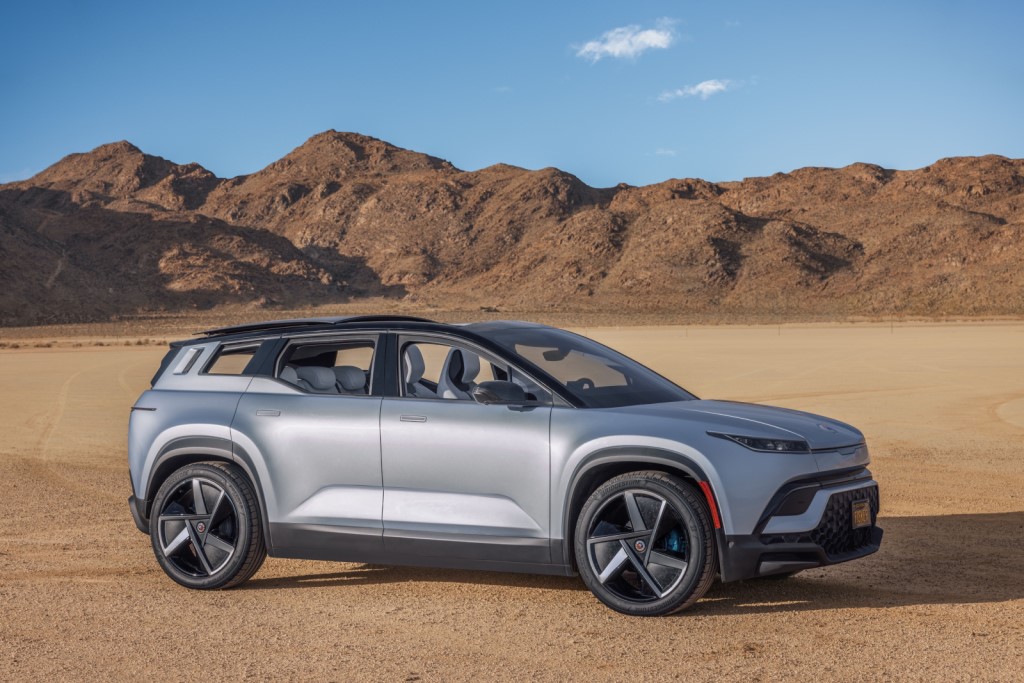