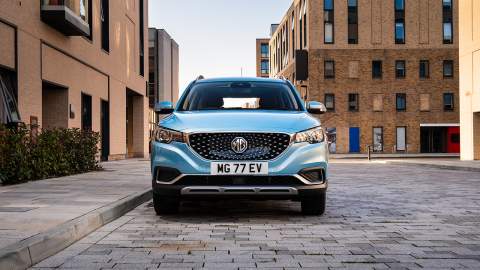 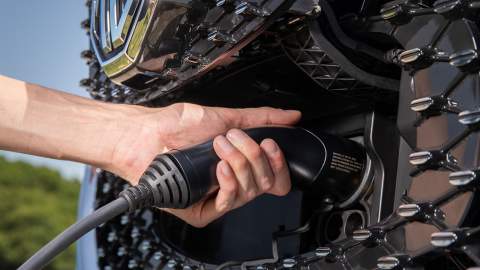 MG extends its £21,495 offer after record pre-orders of its ZS EV

Just over two weeks ago, MG's ZS EV went on pre-order at a staggeringly low £21,495 for the first 1000 customers. Thanks to unprecedented demand, all 1000 have already been snapped up but don't despair; MG is continuing the price offer for the next 1000 cars to be ordered either online or via its dealerships.

It doesn't exactly surprise us that all 1000 cars have already been snapped up. In our own review, we pondered whether the ZS EV is the best MG ever (it probably is). We were impressed by the space and practicality, levels of kit included as standard and our first impressions of driving it – whilst constrained by London traffic – were positive.

All of this aside, the big – or rather small – draw of the MG ZS EV which has ensured its pre-order success is the price. The lucky customers who have already put down their £500 deposit and secured their order will pick up their car for just £21,495 thanks to the fact MG has matched the Government's £3500 plug-in car grant. Furthermore, they even get a complimentary home charger thrown in. To say we were impressed by the deal is an understatement.

If you were mulling over placing an order but weren't quick enough to be one of the first 1000 customers then yes, you should be kicking yourself – but don't kick too hard, as the deal has been extended.

Starting August 1, the next wave of 1000 customers will benefit from MG's plug-in car grant match promise and therefore pick up their car for that unbelievably low £21,495 price tag. Unfortunately, they won't benefit from the complimentary home charger, but MG can help set you up, albeit at an additional cost. On the plus side, MG has been very proactive in getting its dealerships ready for the ZS EV and future EV models.

Daniel Gregorious, Head of Sales and Marketing at MG Motor UK, said: “MG will be partnering with a leading UK supplier of home charging units, and our first 1000 retail buyers will be offered a complimentary unit with standard home fitting. For later buyers, we’ll offer customers the opportunity to purchase a home charger when they buy their ZS EV through our dealer network. We know many of our customers will be first-time EV buyers, so we want to make the experience as integrated as possible.

“By extending our offer to match the government grant for the next 1000 retail customers, we’re delighted to be able to maintain this offer, even if it’s just for a few more days.”

MG is being a little coy about the total number of ZS EVs they're expecting to sell, but given that 2000 units is going to be just a starting point, we share their optimism for success.

“We plan to sell several thousand MG ZS EVs in the UK each year. With our own battery factory now on stream, we’ve got the production capacity to build 300,000 EV batteries per year, so we’ve got the supply. We also have future plans to expand our hybrid and EV portfolio, with a broad and exciting range to offer to the British public. The ZS EV is just the start!” added Gregorious.

Reservations can be made via the MG website or within dealerships. The first deliveries will take place on the new '69' number plate designation in September.