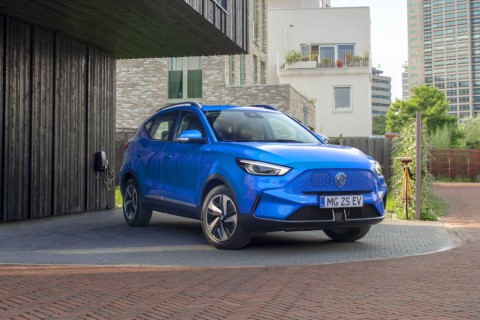 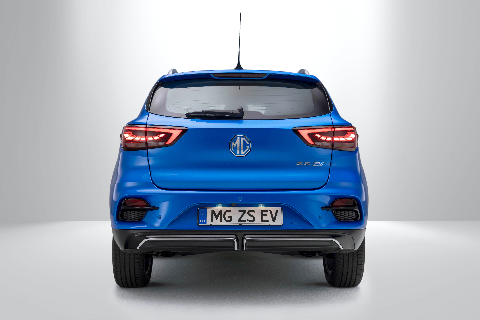 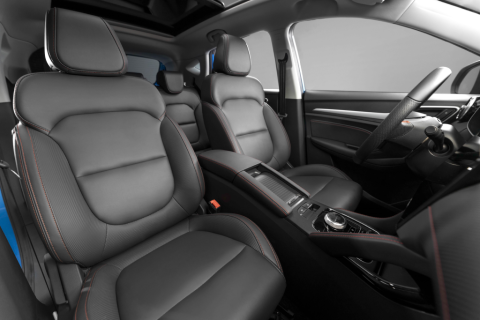 MG’s electric SUV, the ZS EV, has been a very popular entry-level car for those entering the EV market and it has just got better. Hitting showrooms very soon, the latest MG ZS EV has been given a thorough makeover and more range improving what was already a compelling package.

The ZS EV has been MG’s biggest selling electric model and consistently one of the UK’s top 10 best-selling battery electric cars. Available from just over £26k, it was one of the cheapest ways into the EV world without compromising on space for a family.

It isn’t without its faults, such as a fiddly and out-dated infotainment and maximum range of not much more than 150 miles in real-world conditions. Visually, it was a bit ‘last generation’, too – albeit not offensively so.

The most obvious change to the MG ZS EV is the way it looks. A major overhaul of the front-end brings with it a new grille – that’s more aerodynamic and also incorporates the charging port, slimmer LED headlamps plus a more pronounced chin air intake with black detailing.

The car’s profile is broadly similar to that of the previous model, whilst at the rear of the car, the bumper has been given the once-over. It’s a good-looking thing and a significant step forward over the first-gen model.

Perhaps the biggest and most meaningful upgrade to the 2022 MG ZS EV is a new 72kWh battery pack which elevates the car into a new sphere of competition. The old car’s 44.5kWh battery and 163 miles of range was, well, fine. But that’s about as much praise as we could heap on it.

The 72kWh unit offers a WLTP range of up to 273 miles – a full 110 more than the current model – transforming the MG ZS EV into properly practical, everyday family car that could happily replace a petrol or diesel vehicle. MG will be bringing a 51kWh version to the UK in due course with a 198-mile range and no doubt a lower price.

Maximum charging speed for the 72kWh variant is 76kW, meaning it can be juiced to 100 per cent in as little as 42 minutes. A 7kW AC on-board charger will allow overnight charging from a low state of charge.

The third thing MG has addressed with the new ZS EV is the infotainment, which came in for more than a little bit of criticism. The latest version is called MG iSMART which offers connectivity through a smartphone app. This allows various car functions such as climate, security and charging to be controlled remotely.

A new 10.1 inch touchscreen interface with better graphics and improved functionality deals with interactions while behind the wheel. Augmenting this is a new digital instrument cluster and wireless phone charging on the higher spec Trophy model. A regular SE spec car will also be offered

There’s no word on price just yet, though with cars reaching showrooms from November this year, it won’t be long before we can report on the cost. Expect sub-£30k for the SE and sub-£35k for the Trophy.