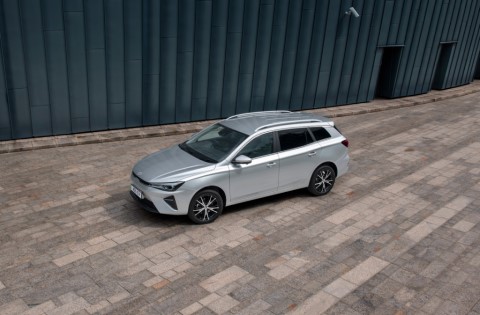 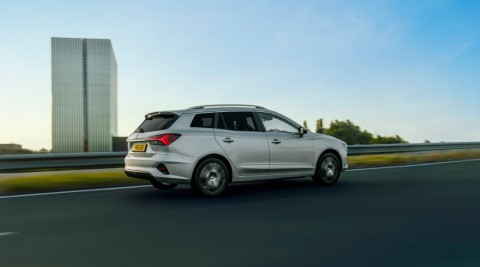 MG5 EV gets styling and tech overhaul in mid-life refresh

Here’s something you might not have realised: the MG5 EV is the UK’s fifth best-selling EV so far this year. Trumping numerous cars from better-known manufacturers, the MG5 appeals thanks to its practicality and price. Now, the styling might just charm motorists, too, thanks to a mid-life overhaul.

You could never accuse the MG5 of being a particularly eye-catching car. The automotive equivalent of wallpaper, its appeal is far deeper than its fairly bland looks, rooted in the fact that as the UK’s only electric estate it can lug lots of stuff – more than most SUVs anyway.

It’s also inexpensive in EV terms. At launch, it was selling at well under £25k and even when the long-range version was launched last year it was still listed at only £26,495. As such, over 8000 are now on the UK’s roads since its launch in November 2020 and, were it not for Covid and the ongoing chip shortage, you can bet many more would’ve found homes.

Now, MG has sharpened up the 5’s styling and the car made its debut at Goodwood last month. The front end gains LED lamps as standard and sharper air intakes on the chin and cheeks. The rear end has also been tidied up and new 16 inch and 17 inch wheels complete the look.

It’s not just in the styling that MG has improved the MG5. The infotainment, interfaced by a 10.25 inch central touchscreen, is now capable of supporting iSMART connected car functionality, controlled by MG’s app. This should deal with some of the main complaints owners have had.

Another nice touch is the inclusion of a vehicle-to-load function, meaning that owners can power other devices from the MG’s battery. It’s the kind of thing that’s typically only seen on far more premium EVs at the moment.

Finally, the interior facia gets a new look, though that’s about as far as it goes inside.

Otherwise, it’s as it was with regards battery, powertrain and spec levels. This means 154bhp, 250 miles on a charge with the long-range, 61.1kWh battery and 100kW charging capability.