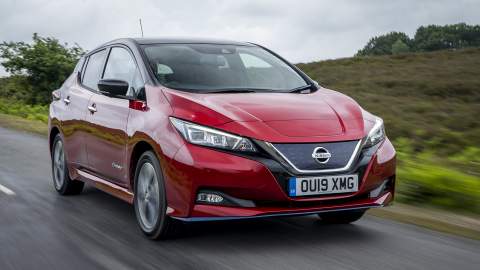 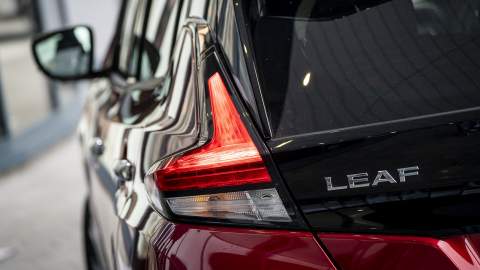 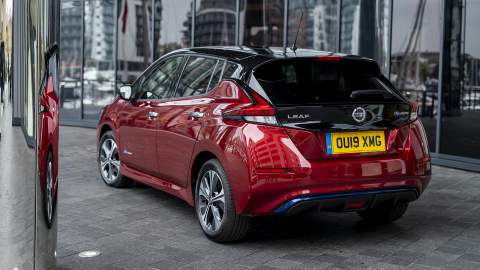 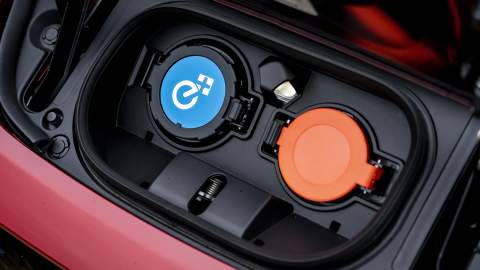 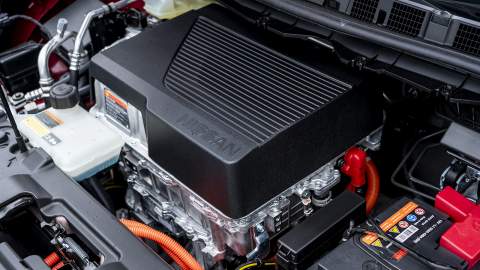 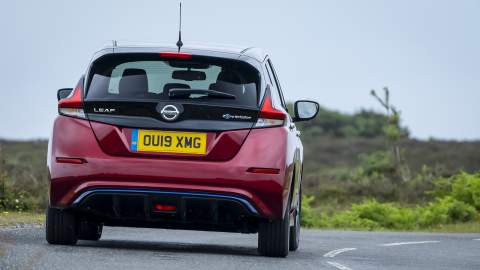 Nissan's new range-topping MY19 LEAF e+ will offer buyers greater range, a slug of extra power and an array of technology that will make ownership and driving more comfortable and convenient. The MY19 Nissan LEAF e+ represents the most highly developed version of the EV which, since its launch in 2010, has sold over 400,000 units globally – as we noted back in March.

The most significant development of the new LEAF e+ is a brand new 62kWh battery pack. Despite offering 55 per cent greater capacity and 25 per cent better energy density than the 40kWh LEAF battery, the new unit retains a similar size and shape and doesn't compromise interior space or exterior size. In fact, the LEAF e+ is just 5mm taller than the 40kWh version (find our review here).

The battery itself is of a new construction. Instead of modules composed of eight laminated-structure cells, the new design allows the modules to vary in number allowing it to better conform to the shape of the car. Ternary cathode material also increases storage capacity by allowing for a higher energy density to be achieved. What's more, laminated-structure battery cells have greater cooling efficiency, further enhancing the battery's overall performance.

As a result of this hike in capacity, the Nissan LEAF e+ has a significantly increased WLTP range of up to 239 miles – 71 miles more than its 40kWh counterpart. On top of the additional range, the LEAF e+ has a power hike from 150bhp to 214bhp alongside 240lb-ft of torque. This equates to hot-hatch baiting acceleration from a standstill, with 62mph coming up in just 6.9 seconds. Importantly, on-the-move acceleration from 50-75mph is 13 per cent quicker than the lower powered model.

In terms of charging, the LEAF e+ comes with a 6.6kW on-board charger which, from a 32A wall box, will take the car from low power alert to 100 per cent in 11.3 hours. It's also compatible with CHAdeMO type fast chargers at 50 or 100kW which, at the lower lever, will take the LEAF from 20 per cent to 80 per cent charge in 90 minutes.

Across the board the Nissan LEAF does pretty well in terms of connectivity, with all models getting the NissanConnect infotainment system with eight inch touchscreen. This features TomTom LIVE navigation with an in-built online map update system and charger location functionality. As seems to be the industry standard nowadays, the infotainment system will hook up to your smartphone via AndroidAuto and Apple CarPlay.

Through the NissanConnect app, owners benefit from door-to-door route planning which will take into account things like available parking, making the transition from navigation to destination that much slicker. They can also set the climate control to be just so while the car is still charging, meaning that when they're ready to drive, the LEAF won't be at the right interior temperature.

As the top-of-the-rung model, the LEAF e+ gets ProPILOT driver assistance as standard. Nissan calls this a 'hands-on, eyes-on' system, which is essentially an advanced radar-guided cruise control system, allowing the car to stop, restart and maintain centred in its lane with minimal driver input.

Nissan has confirmed that it is launching an N-TEC limited edition version of the LEAF e+ to join the Micra, Qashqai and X-Train which have already been released in this guise. Just 1000 examples of the LEAF e+ N-TEC will be built, but it's a worthwhile investment if you were already in the market for one of Nissan's EVs, as it benefits from the same powertrain as the range-topping Tekna version (details above) but undercuts it in price.

The limited edition N-TEC car is based on the N-Connecta grade of the lower capacity 40kW line-up, but alongside the beefier and more practical powertrain it also gets more toys and some styling enhancements. This includes LED pack and LED fog lights with cornering function (usually a £495 option), ProPILOT – the details of which can be found above (usually £595), electronic parking brake, metallic blue front splitter and revised e+ suspension set-up.

Including the plug-in car grant, the Nissan LEAF e+ N-TEC costs £32,795 on the road, meaning it undercuts the Tekna by £3,100 without too much compromise in the spec department. Whilst this does make it £3450 more than the 40kWh e-Connecta version, we think it's money well spent for the additional range and power from the 62kWh battery and 214bhp alone. With just 1000 being sold, and a decent PCP deal on the table until the end of March, we doubt the N-TEC cars will hang around long. 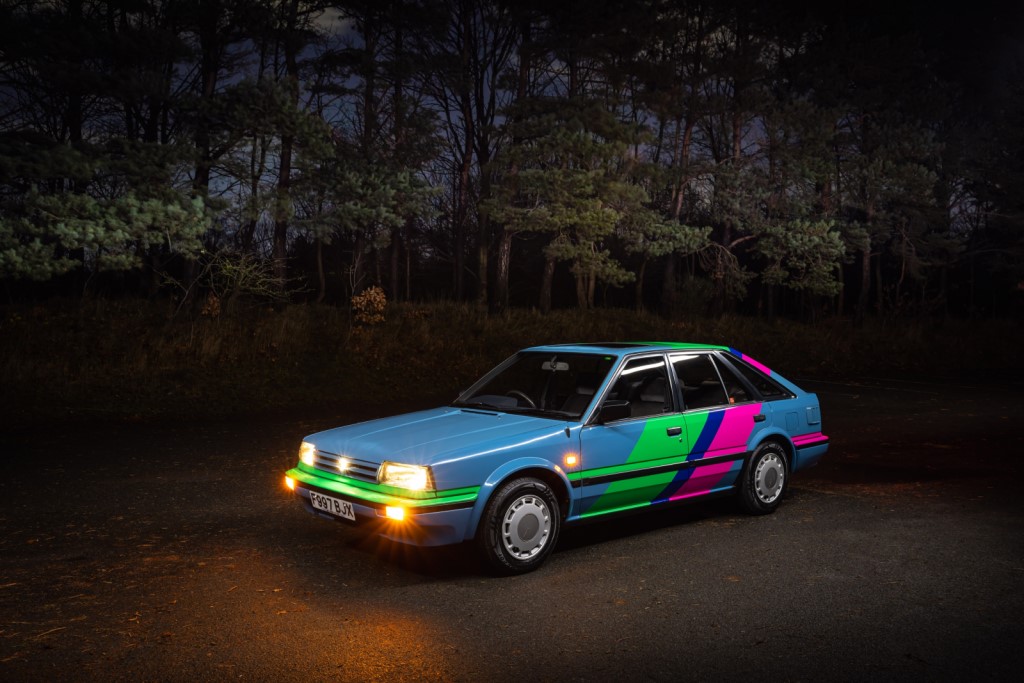