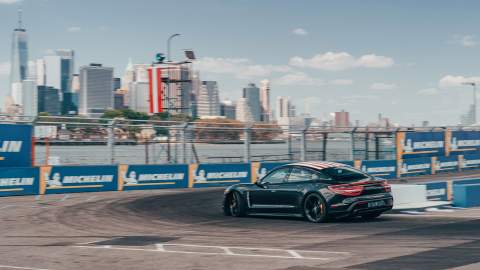 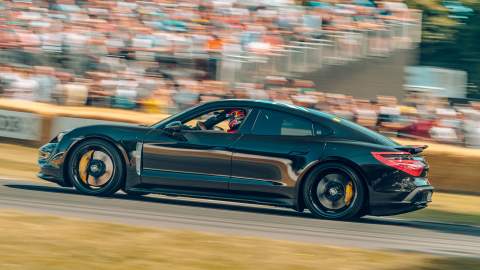 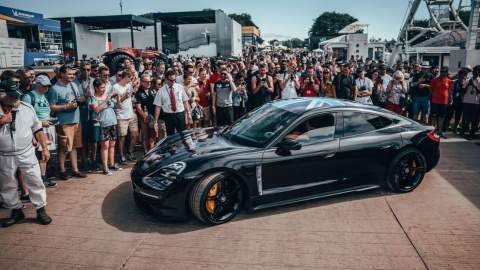 Less than a month since Porsche officially stated that 20,000 reservations have been made for its up-coming Taycan EV, the brand's HR Director, Andreas Haffner, has let it slip that the number now stands at 30,000. Quoted in German newspaper, Handelsblatt, Haffner's assertion represents a significant up swell in interest.

Adding credence to the notion that the number is indicative of what will be fulfilled in reality is the fact that each customer who wants their name on the list will have paid 2500 euros to do so. A figure of 30,000 would, however, put considerable strain on the Zuffenhausen-based production facility which has already had its capacity doubled from 20,000 to 40,000 units per year. For perspective, in 2018 Porsche sold 36,000 911s globally.

Such is the interest in the Taycan that it’s even taken Porsche by surprise with CEO Oliver Blume stating; “Normally, the run only starts when the first driving reports are available when the vehicle is presented, and the driver can take to the wheel.”

In the case of the Taycan, we still haven't seen it in its final form, despite a busy few weeks including high-profile appearances at the Goodwood Festival of Speed and subsequently the New York round of the Formula E world championship. In fact, the car isn't due to be seen camouflage-free until its official reveal on September 4. In terms of both UK and global sales predictions, Porsche is currently holding out to put estimates on final numbers until the reveal and Frankfurt Motor Show. It's a fair assumption that some of the conjecture in the media will be either confirmed or put to bed in the meantime.

The first deliveries are expected to commence around a year down the line from the launch. Until then, if those 30,000 reservations come through, Porsche's production line will be working nearly flat-out to ensure customers get their cars on time.

About the Porsche Taycan

Whilst it's not exactly flown under the radar, the Taycan's build-up to launch has eschewed continuous high-profile PR stunts and gently gained momentum since its initial launch as the 'Mission E' back at the 2015 Frankfurt Motor Show.

The car is based on the J1 platform jointly developed alongside Audi, upon which it will base its e-Tron GT. The Taycan sits between the 911 and Panamera in terms of size, but it's aimed more at the GT end of the spectrum. Porsche has already revealed that following the launch of the standard four-door Taycan, a Cross Turismo version will be released – a car designed in a similar vein to the Panamera Sport Turismo.

Upon its release there will be several different options in terms of power and, as a result, price. It’s been mooted that Porsche has stuck to its traditional nomenclature with the base model 'Carrera' getting around 402bhp, an 80kWh battery pack and single motor rear-drive. This is expected to go on sale at around £77,000. Higher up the range the battery pack will be larger, at 96kWh, dual motors will be deliver the power and – in what we assume would equate to Turbo S guise – have over 660bhp. This will retail in the general region of £120,000.

Performance wise, the Taycan will achieve over 155mph, partly thanks to its two-speed gearbox which has been chosen for its ability to deliver sustained speed. It'll dispatch the 0-62mph sprint in under 3.5 seconds, whilst maximum range is purported to be over 310 miles.

Ultra-fast charging can be undertaken at up to 250kW through the latest 800 volt charging points via CCS connection or induction. This enables the Taycan to achieve some very quick charge times: 240 miles in 20 minutes, 80 per cent charge in 17 minutes and the EV equivalent of a 'splash and dash' adding 62 miles in four minutes.

Porsche has been working hard to ensure that there's appropriate infrastructure in place to meet Taycan owners' expectations. As such, the Porsche Charging System digital platform enables access to 70,000 Europe-wide charging points from a variety of suppliers involved in the scheme, with billing handled centrally by Porsche. Furthermore, as well as growing its network of own-brand Porsche fast charging points, customers will be able to access the increasing number of ultra-fast chargers being installed across the continent by Ionity (and in the USA by Electrify America).

Of course at present, chargers capable of 250kW-plus are few and far between, but by the Taycan's launch in 2020 Ionity alone is planning 400 Europe-wide sites with 350kW chargers, 40 of which will be in the UK. Shell is also slowly rolling out chargers capable of 250kW and over in the coming years. Porsche is also developing 'Mobile Charger Connect' which will offer up to 22kW home charging, so Porsche Taycan owners should be well catered for by the time they get their cars.

With the official launch of the Porsche Taycan just over a month away, we've been told by Porsche that there's plenty of news coming out in the next few weeks, so check back for all the latest as it happens. 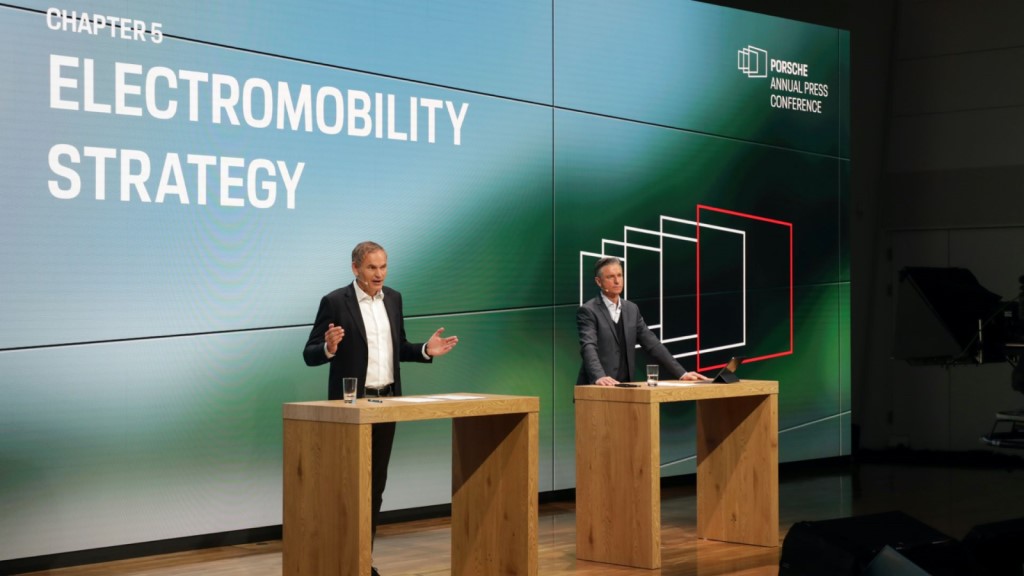