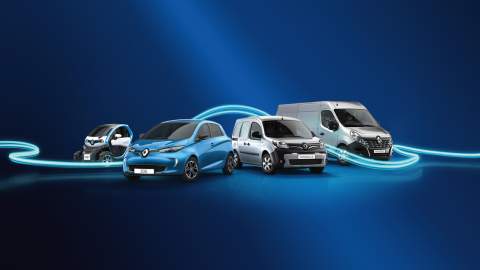 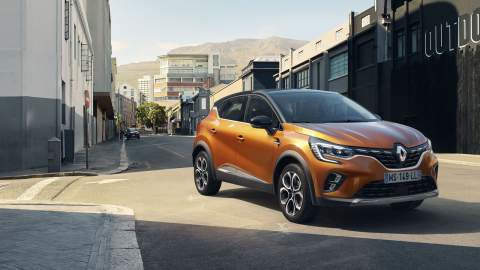 Renault discounts EVs for July plus Captur PHEV on its way

Renault has launched a sales event that sees its entire EV range – including vans – get an additional manufacturer contribution of up to £1000. Called 'Electrify July', the event makes it more affordable for prospective owners to make the move over to EVs and will be applied on top of any current discounts that dealers might be offering.

In another piece of recent news from the French manufacturer, Renault has announced that its all-new Captur crossover will be available as a PHEV when it goes on sale in 2020. First things first, though; let's have a look at how Electrify July applies to Renault's EV range.

Renault's flagship EV, the ZOE, has always been an affordable option for those looking to take the plunge from ICE to electric, but with the additional £1000 manufacturer contribution, it's even more attractive a proposition. The Dynamique Nav model comes in at just £17,420 whilst the S Edition will retail at £18,270 – including both the Electrify July offer and Government Plug-in car grant.

On finance, to which the offer applies across Renault's range, the Zoe will start from £199 per month plus a £69 battery rental fee (battery purchase is available) on PCP making it the most affordable four-seat EV in the country. This requires a customer deposit of £2855 which Renault will almost meet, contributing £2550 including the Electrify July Offer. What's more, Renault has a significant stock of ZOEs in the UK, so customers can potentially drive away in a pure EV the same day. You can read our thoughts on the ZOE here.

Both Twizzy and Twizzy Cargo get a £250 Renault contribution during Electrify July. Twizzy can be bought from £6745 plus battery hire from £45 per month, whilst Twizzy Cargo – which sacrifices its second seat for a 180 litre cargo space – starts at £7745 including the deal.

We don't usually cover commercial vehicles here on Discover EV but with an increasing number of manufacturers offering them, they make up an important part of the EV market. Renault's Kangoo Z.E. has proven popular with small, urban fleets offering a similar payload to its diesel counterpart and a range of 124 miles. Its back-to-basics interior is also appealing to those who just want a workhorse.

As part of the Electrify July offer, the Kangoo Z.E. will get a £500 Renault Contribution bringing the list price (including government grant) to £17,892 (exc VAT). On Renault's 6+47 (two year) business lease deal, this amounts to £214 per month.

The Master offers a similar cargo solution to the Kangoo, but with more space, a 1100kg payload, and a bit less range (75 miles in real-world conditions). Offered in two roof heights, short, medium and long wheelbases, the cheapest Master Z.E. also gets a £500 Renault contribution and retails from £45,900 ex. VAT.

Renault's refreshed Captur will, for the first time, be available with a PHEV option when it goes on sale in early 2020. The first in its class to offer this option, it will get Renault's all-new E-TECH powertrain which, in EV mode will allow 28 miles of driving and a top speed of 83mph. It is powered by a 9.8kWh battery and hooked up to a 1.6-litre petrol engine which provides drive through an efficient CVT gearbox.

E-TECH made its public debut earlier this year at the Geneva motor show on the Renault Clio, and the system brings with it a number of highlights, such as regenerative braking lifted straight from the pure EV range. This will allow for maximum energy recuperation and one pedal driving. Captur PHEV can be charged by a Mode 2 domestic charger, or Mode 3 for charging station use.

We'll bring you more details, such as price and performance, as they come.