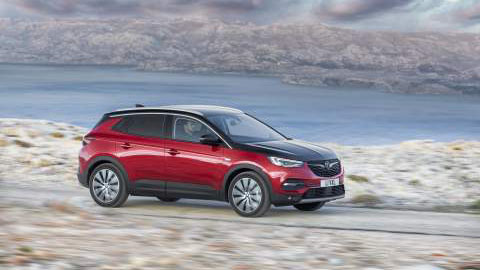 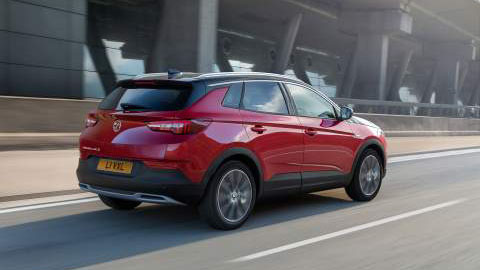 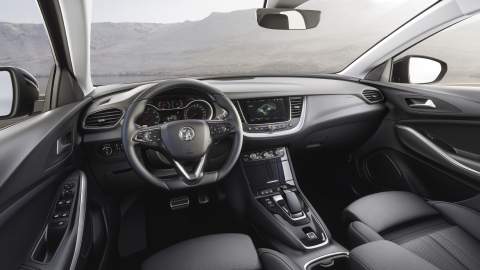 They may be lagging a bit behind other car manufacturers where electrification is concerned, but Vauxhall have finally arrived at the party and brought with it the Grandland X Hybrid4, the British brand’s first all-wheel-drive plug-in hybrid SUV.

Let’s cut to the chase and look at the stats. There’s a 200bhp, 1.6-litre turbocharged four-cylinder petrol engine and an electric drive system with two electric motors (combined output 109hp), all-wheel drive and a 13.2kWh lithium-ion battery. As the Grandland X Hybrid4 can only travel 35 miles in pure electric mode, it does not qualify for the Government’s plug-in grant, but it is possible get up to £500 off the cost of installing a charger at home, and with a fuel consumption and CO2 emissions figure of 204mpg and 34g/km respectively, it’s the most economical and eco-friendly Grandland X you can buy.

Talking of which, the petrol engine has been specially engineered for the hybrid powertrain. The front electric motor is linked to an electrified eight-speed automatic transmission, while the second motor is integrated into the electrically-powered rear axle, so all-wheel traction is there exactly when you need it. The two power sources combine to produce 296bhp and 331lb-ft of torque, which means that it will do 0 to 60mph in around 5.9 seconds before going on to a top speed of 146mph (84mph in pure electric mode).

The Grandland X Hybrid4 can be operated in four driving modes: pure electric, hybrid, AWD and Sport. In hybrid mode, the car automatically selects the most efficient form of power – travelling at low speeds in a city, for example, will see the system switch to pure electric mode with zero emissions. Plus, the regenerative braking system can increase the electric range by up to 10 per cent.

When it comes to charging, the Grandland X Hybrid4 comes with a 3.6kW on-board charger, though there is the option of a 7.4kW one, and Vauxhall plans to offer devices for fast charging at public stations too. For those who want to fit a wallbox at home, the 7kW wallbox allows owners to fully charge the battery in less than two hours.

Moving to the tech inside the car, Vauxhall’s Free2Move service includes a trip planner that suggests the best routes based on the remaining range of the car and points out the whereabouts of charging stations along the way, of which there are over 85,000 in Europe.

The Navi 5.0 IntelliLink infotainment system comes as standard in the Grandland X Hybrid4 and Vauxhall’s new Connect telematics service includes Live Navigation with real-time traffic information. Safety features include direct connection with roadside assistance – simply push the red button on the centre console. If the seatbelt tensioners or the airbags are deployed, an emergency call is activated automatically.

In terms of looks it’s not going to set the world on fire, though the contrasting black bonnet won’t cost you any extra, but if you want to keep it the same colour as the rest of the car, that’s a no-cost option too. Prices start at £35,590.