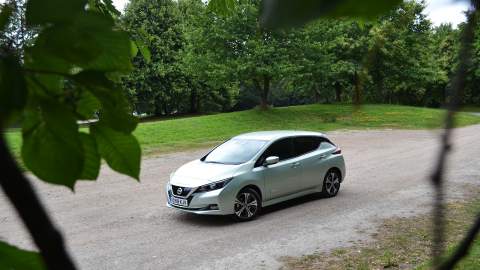 A week with a LEAF

There is no doubt the Nissan LEAF has played a major part in converting people from ICE ownership to BEV. Until recently it was probably the ‘go to’ electric vehicle if you didn’t want to spend Tesla money. Which is why in a way we regret picking it up on some of the negative points in this review. It almost feels like we’re turning our back on what was, and still is in some ways, a game changer for EVs.

But if you think about it, the fact we are picking holes in what could be argued as the granddaddy of EVs is positive. It means that things are progressing, they’re getting better and it’s happening really quickly. That has to be good news.

Since the launch of the LEAF in 2011, Nissan will have soon sold half a million of them. But since then, in the smaller car market, the e-Golf has come along, together with the i3 and more latterly the Kia e-Niro, the Hyundai Kona and the Tesla Model 3. And with MG, Peugeot and Mini all about to bring they’re offerings to market therein lies the problem for the LEAF.

It no longer has the edge. When there was little else to compare it to you couldn’t help but find it an excellent EV, but put it side by side against an e-Niro or a VW e-Golf (or even the MG ZS EV having recently just driven one) and it no longer stands out. You start to see the things that the other manufactures are doing better. You start to make criticisms even if you don’t want to. 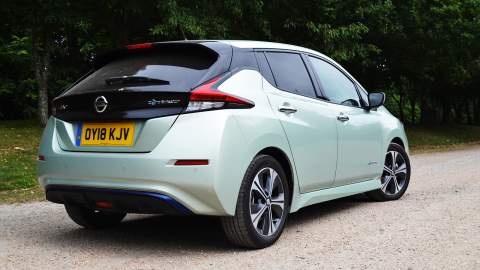 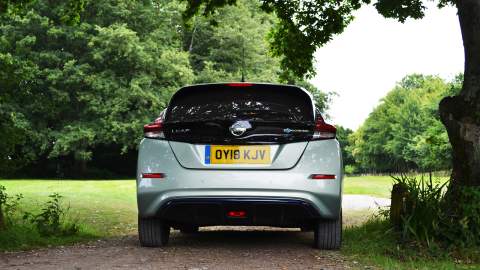 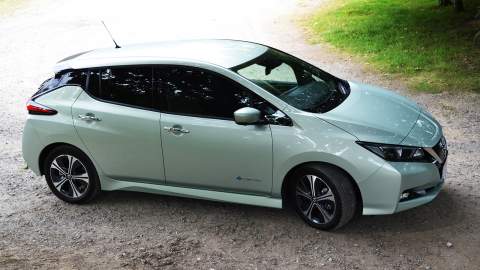 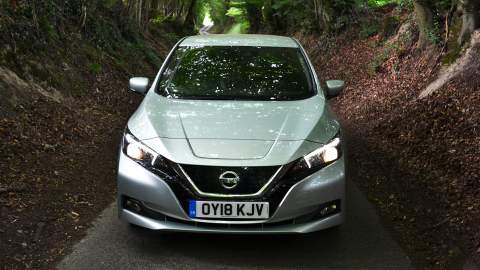 So, what are the pros and cons of the LEAF?

The second generation LEAF is absolutely packed full of tech and this is its biggest selling point by far. Some of its rivals have a similar level of tech available but you’d struggle to specify one with it all at the same price. In fact, the LEAF has so much it would be quicker to list the things it doesn’t have and at £27,865 on the road the N-Connecta we reviewed could be seen as a bargain.

In terms of safety gear it’s packed to the rafters with Brake Assist and Hill Start Assist, Intelligent Emergency Braking with Pedestrian Recognition, Lane Departure Warning, Intelligent Lane Intervention, Cross Traffic Alert and Blind Spot Warning, to name but a few.  Comfort and convenience features? It’s not short of those either and it comes with Android Auto and Apple Carplay, as well as an Around View Monitor that assists you with parking by better understanding the vehicle’s surroundings through a virtual bird’s-eye view from above the vehicle.

On a tech level you could almost compare it to a Tesla, although clearly the Autopilot can do much more if it wasn’t for legislation. Nearly everything is there, just not as easily accessed or as well polished as other offerings. The 7 inch TFT screen feels like its 10 years-old, for example with the graphics slow to update and look as though they’ve been taken straight out of a sat nav from the ’90s if such a thing had actually existed.

Other bug bears included the windscreen wipers that fail to cover the whole windscreen, leaving you with a five inch section of screen on the driver’s side by the A pillar that you can’t see through.

The rest of the cabin is a reasonably comfortable place to be and has a good amount of space front and rear. Compared to competitors the LEAF has a really good sized boot with useful nets for the charging cables. 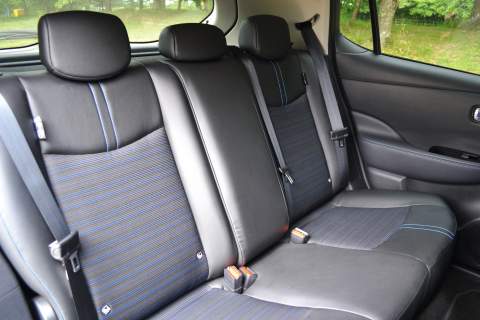 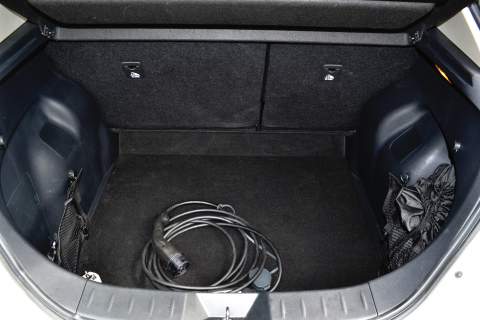 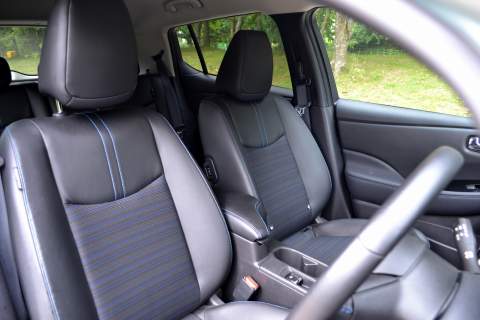 What can we expect behind the wheel?

If the interior and tech was a selling point for the LEAF, the driving is less so. Okay so you’re not going to buy one to hoon it around the B roads but equally I’ve never known an EV to wheelspin off the mark and torque steer as much as the LEAF 40kWh. I’m sure it’s an absolutely hilarious sight watching a LEAF launch off up the road in complete silence except for the sound of the screeching tyres and the driver fighting the steering wheel, but from in the cabin it quickly wears off.

In the corners it’s pretty much the same story. It will go round them with a good degree of speed but it doesn’t feel as solid or as confidence inspiring as many of the other EVs we’ve driven.

The controversial e-Pedal is a love it or hate it thing. We usually like regen set to the max, which in essence is what the e-Pedal is doing, but we found ourselves turning it off for several reasons. Chief amongst these were that with the e-Pedal engaged there is what feels like a half second delay between pressing the brake and the hydraulic braking system activating.

This means if you are trying to do a quick three-point turn for instance there is a disconcerting delay between the regenerative braking system doing its thing as you lift off and the hydraulic braking system activating well after you have pressed the brake. This caused me to nearly mount the pavement the first time I did it.

You can however set the driving mode to B which achieves mostly the same thing without the horrendous delay and is how we mostly drove the car after the three-point turn incident. 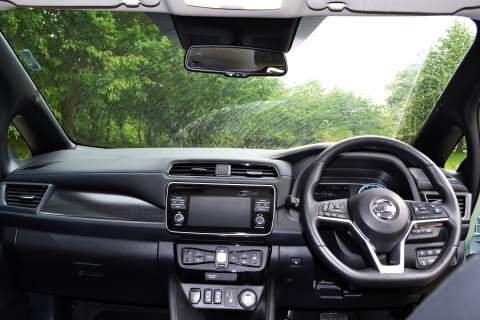 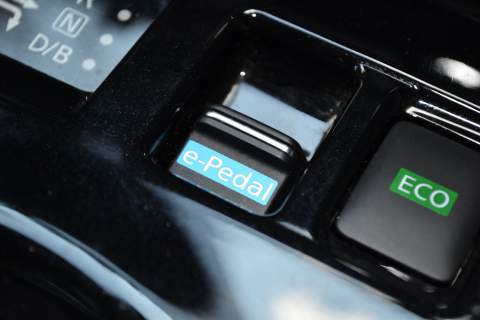 What about that 168 mile range?

Nissan claim a WLTP combined cycle of 168 miles and after spending a week with the car we’d agree this figure is not far off.

We chose not to charge it one night and after two days of school runs, commuting and going to the gym I returned home with just 30 miles left. That night I charged it from 8.45pm to 7.30am on a three pin plug. The next morning I had 118 miles again and the car showed 85 per cent. The other days we easily kept it topped up on a three pin plug overnight averaging around 60 miles a day.

Nissan’s warranty for the LEAF is 3 years or 60,000 miles. The batteries on the other hand are warranted for 8 years or 100,000 miles and it will replace them if the capacity falls below 9 out 12 bars. So short of brakes, tyres and inspections there should be little running costs, especially if you can charge at home. 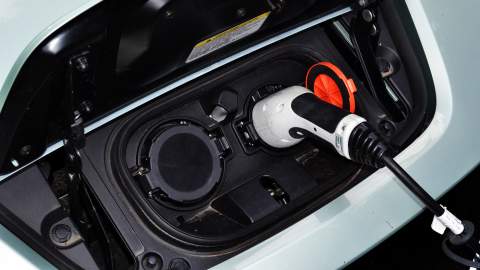 Despite all of the negatives the LEAF is still a good EV proposition. We drove the N-Connecta which is the next model up from the Acenta, and comes ready equipped with heated seats and steering wheel, 17” alloy wheels, privacy glass and electric folding door mirrors, and with the optional Spring Cloud Metallic paint and ProPILOT came in at just shy of £28k.

It’s a decent sized hatchback that comfortably seats five adults and while it uses the same Type 2 connector for normal charging as most of its rivals, unlike the ZOE and e-Golf, there’s also a CHAdeMO connector for fast charging. If you can live with its shorter range, the LEAF is good value, reasonable to drive and well-equipped.

There’s no denying though that the EV space is getting more crowded by the day and ironically it feels that the second-generation LEAF is getting left behind. Many of the competitors are producing better, more polished and products than the LEAF, but it has to be said at a higher price tag.

Having chosen a descriptive acronym – LEAF by the way, stands for ‘Leading Environmentally friendly Affordable Family vehicle’, we can’t help but think that its ‘market-advantage’ status is now a little defunct. 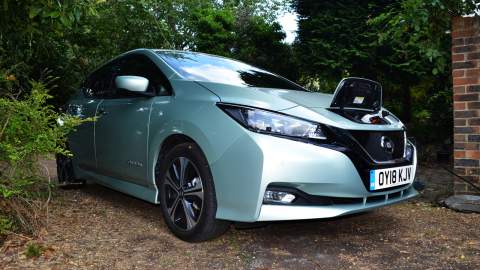 Prices and specs of MY20 Nissan LEAF