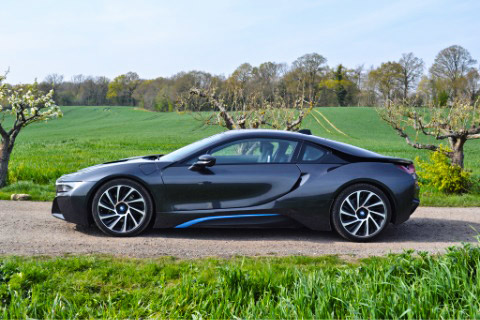 We’ve had the BMW i8 for 18 months and it feels like a good time for a long term review and round-up of our time with the car.

The 2014 i8 was nothing short of a phenomenon when it was released and rightly so. It’s still remarkable today that BMW released it and even now after five years it manages to turn heads where ever it goes.

We’ve covered some 15,000 miles in it. Personally I’ve used it as a daily, commuting to work, taking the kids to school, doing the shopping runs as well as further afield, having driven to north Wales and France. It’s coped with every scenario with ease, even snow and compacted ice when I needed to take my toddler to the doctors.

I took it to Le Mans last year for the 24 Hours, and watched in amazement as people scrambled to get a shot of the i8 while Ferraris and Porsches sailed past them at the toll booths, and I couldn’t help but get in a conversation about it whenever it was parked up at the campsite. 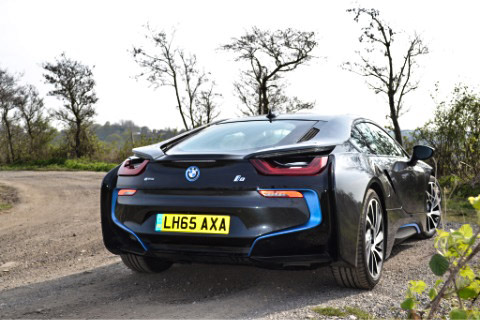 On my daily commute which consists of small B-roads and dual carriageway I regularly exceed 60mpg. If I could charge it at work too I’m confident I could get between 80 and 90mpg.

A few times a week my commute also takes in the school run and I manage to take a 13-year-old in the front and a 10-year-old in the back along with all their PE kit and school bags. Occasionally it’s a small squeeze but it’s perfectly practical.

The times I’ve switched to sports mode and pushed on the i8 has returned around 20mpg, but the same could be said for any other car with similar performance on offer. In sports mode the i8 is very quick, I’ve chased down and kept up with well driven Ferrari 488’s on B roads and when the petrol and electric engines are giving full beans at the same time I’d suggest the stated performance figures are under reported. 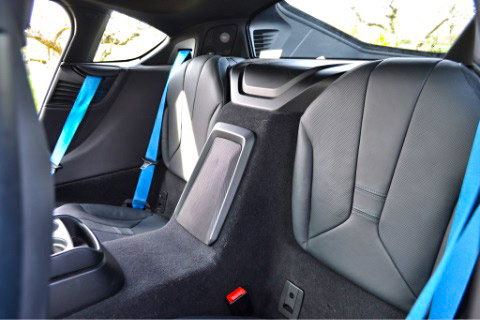 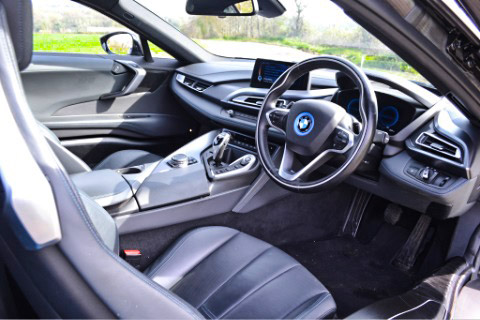 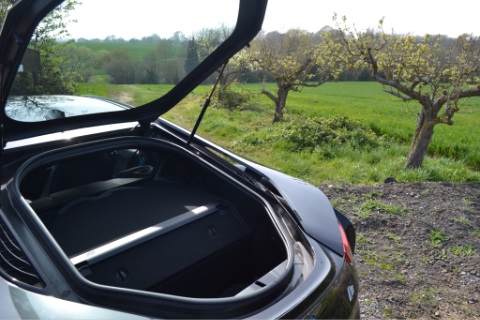 The only minor thing to go wrong during my time with the car is an issue with one of the parking sensors at the front. It decided to shout about everything despite there being nothing there. BMW replaced these under warranty. But I did have something major happen, too.

One late autumn day I was driving home and a warning came up on the dash: ‘Drivetrain – no restart’. Not a very encouraging message, but then on the centre screen it said: ‘Do not switch off the engine; you cannot restart after the engine is switched off’.

As luck would have it I was passing my local BMW dealership so I dropped in. I have to say they were fantastic and had me home with a 7 Series on my drive the same day; with apologies they couldn’t get me an i8 loan car. 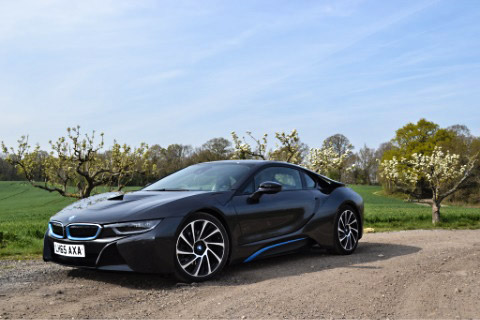 During my first few months with the car I was very careful about where I parked due to the dihedral doors. I was fairly paranoid about someone parking too close and not being able to get in, however this worry soon went away when someone did. I can say the only time you’d not be able to get in is if someone parked so close that door mirrors were touching, and if that was the case you’d struggle to get in a car with normal doors in that situation.

You do need to be a bit of a contortionist sometimes, but I can honestly say I wouldn’t swap them for normal doors; it would be too much theatre to sacrifice. 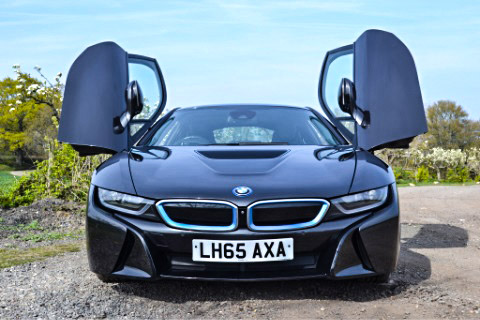 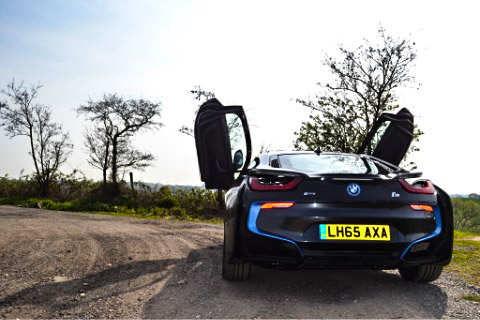 The interior has kept up well with minimal wear and tear. The only areas affected are the seat bolsters and the inner door sill. Because you kind of fall into the car and then rotate on the seat bolster you also invariably drag your foot across the sill, which is made out of the easiest marking plastic known to man. 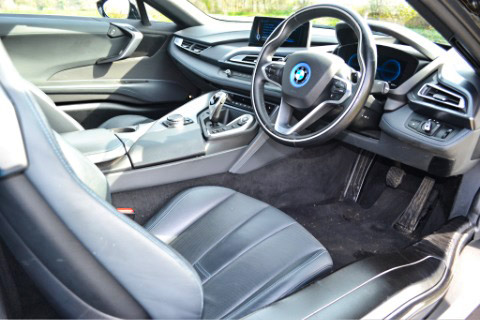 If I could change anything on the car it would be the electric range. If you drive in electric only you’re not going to get the 22 miles BMW claim unless its downhill. In fact, if there is any uphill or fast section of road you’ll be lucky if you get 10 but that’s not the point of the car. After all, it’s a hybrid and the electric is supposed to be used in harmony with the petrol engine, something it does very well. More electric range would be good though and BMW did in fact make changes to the battery for the 2018 facelift model so it’ll now cover 33 miles.

My only biggest criticism of the car is the depreciation. I guess the i8 was always going to be a Q car. It was never going to hold its value, like an Audi R8 for example, but at just over three years old it’s lost a staggering £60,000 – two thirds of its value. Compare that to other sports cars like Porsche, McLaren, even Lamborghini, and the BMW clearly depreciates at a much faster rate.

It’s about the only gripe I’ve had with the car though. I honestly can’t understand why BMW didn't manage to sell more of them. An early car now with around 30 to 40,000 miles on the clock can be had for F30-generation 330d money. With any luck that proposition might get the market going and bump the prices back up. And then the i8 will be the most perfect car I’ve ever spent time with. 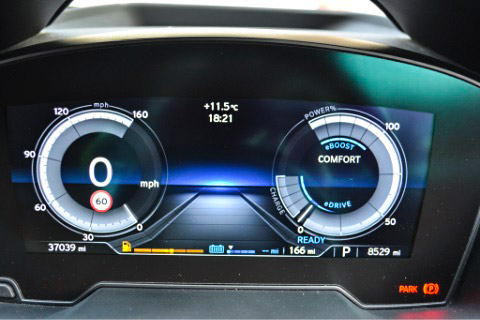 BMW cancels i8 replacement but M5 EV is on its way

Next-gen BMW i8 to go all-electric? 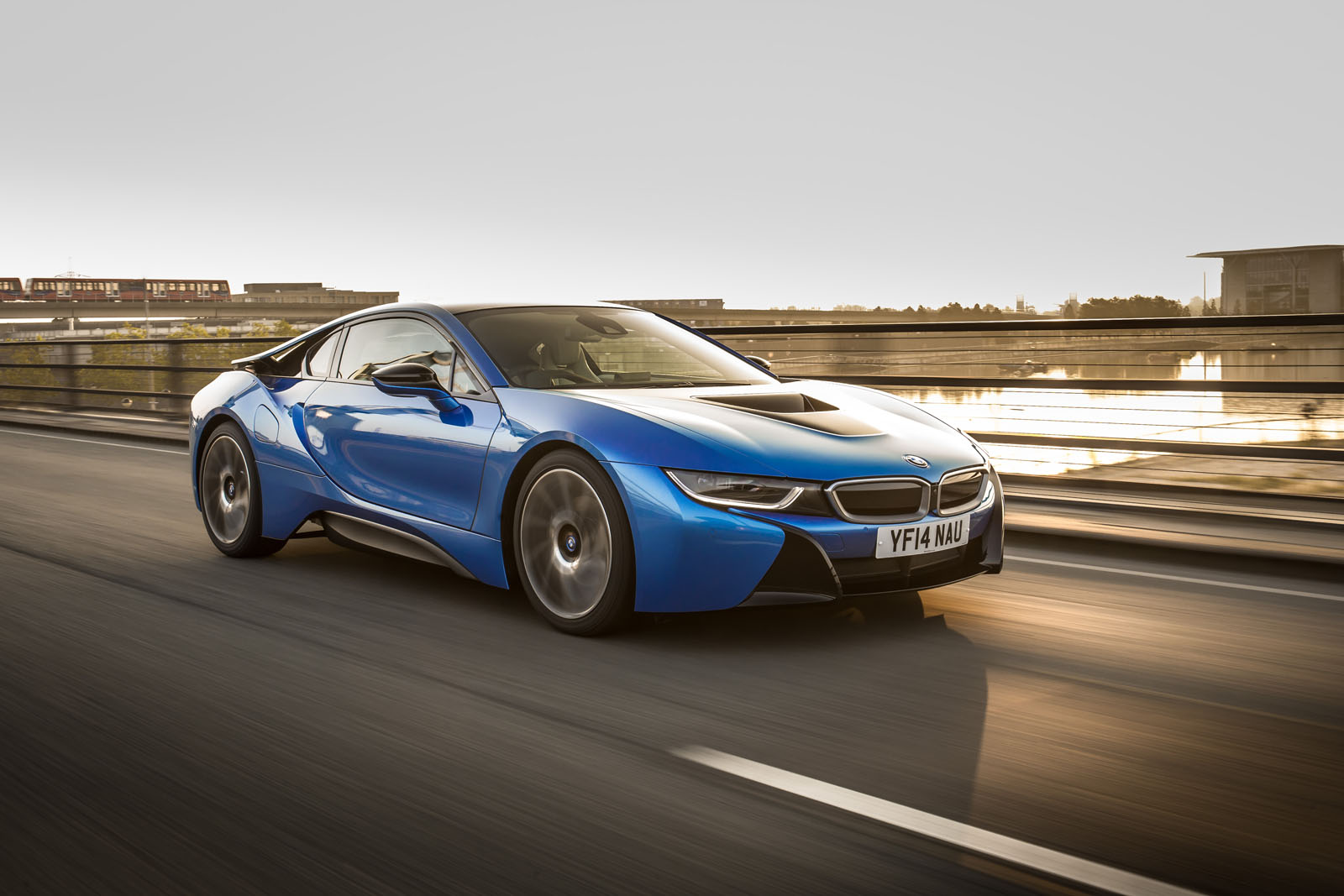