As a hybrid-only model, the Lexus UX makes a bold statement in the compact SUV market: efficient, fun to drive and eye-catching. But many alternatives are cheaper and more spacious.

The Lexus UX (which stands for Urban Crossover, yep we would never have guessed that either) is a hybrid-only range and is positioned by the brand as a luxury compact SUV with bold styling and an engaging driving experience. It is the first Lexus to be constructed using the new Global Architecture-Compact (GA-C) platform and utilises a new self-charging hybrid powertrain. It is hoped that the car will play a key role in helping the company achieve its target of 100,000 annual sales in Europe by 2020 with self-charging hybrids now representing 95 per cent of Lexus new car sales as the market moves away from diesel power to electrified powertrains. Having driven it briefly at the SMMT Test Day South we were keen to spend more time with it – this is what we thought of the Lexus UX 250h Takumi after a week of living with it.

The fourth-generation hybrid system couples a new 2.0-litre petrol engine with two electric motors and through the near-perfect distribution of power from these two sources, the acceleration is smooth and relatively quiet compared to most other hybrids. With a total output of 181bhp and 140lb-ft of torque 0-62mph is dealt with in a not too shabby 8.5 seconds.

There are three modes to choose from: Normal provides an optimal balance between driving performance and fuel efficiency; Eco maximises fuel savings by smoothing the throttle response, and by moderating air conditioning operation; and Sport delivers quicker throttle response and increased power steering feel. One of the great things with Lexus’s full hybrid technology is that at low speeds you can switch to EV mode, so in slow moving traffic for example – providing there’s sufficient charge in the battery – you can switch to pure electric power.

As with the vast majority of the Toyota/Lexus hybrid family, drive is transferred to the road through a CVT automatic gearbox. While efficient, in the past this has come at the expense of refinement, causing the revs to rise unnaturally and noisily compared to a conventional automatic gearbox. The good news is that this is no longer an issue in the UX. There’s a little drone if you listen hard, but for the most part the combustion engine is so well isolated from the cabin that you don’t really notice.

It’s much more refined than the diesel alternatives other manufacturers offer in this class, especially when you consider that, for extended periods of coasting or gentle acceleration, the UX runs in hushed EV mode

Under braking, or when you take your foot off the accelerator, regenerative braking harnesses kinetic energy to produce electricity. This, together with electric power produced during normal driving conditions, is stored in the hybrid battery; hence the UX 250h never has to be plugged in to a power source for recharging which will suit those who are unable to charge at home

With a lower – and best in segment – turning circle of 5.2 metres the UX is very easy to manoeuvre, which makes it a pleasure to navigate around busy towns and tight turns. Using aluminium for the side doors, wings and bonnet, and composite materials for the tailgate, helps give the UX the lowest centre of gravity of any vehicle in its class – no doubt helped by the fact the battery and cooling system are located below the rear seat.

Combined with the MacPherson strut front suspension and multilink rear suspension with trailing arms it delivers a secure yet agile feeling normally associated with hatches, no doubt helped by the low slung seating position. The steering is communicative and nicely weighted, driving through corners with precision and stability while smoothing out lumps and bumps in the road. It’s a lot more dynamic and responsive compared to its taller SUV rivals, and we like how sequential shiftmatic gearbox delivers engine braking in six steps to give a shift feel similar to a manual transmission.

As well as being fun to drive, Lexus claim that the UX 250h offers low cost of ownership and high residual value based on their experience in engineering self-charging hybrids and batteries which last as long as the car itself (established through more than 35 billion miles of driving worldwide), as well as the inherently low wear and tear of the hybrid system itself.

It obviously has no clutch and the starter motor and alternator are integral to the hybrid system, so there’s no need to service or replace these parts, and it’s the same for the maintenance-free timing chain, which replaces a conventional timing belt. This alone apparently saves owners more than £1000 over five years. Furthermore, over the course of 60,000 miles, a Lexus hybrid will usually require just one set of replacement pads and no new discs because the regenerative braking delivers the first half of all braking force, while the higher tyre pressures used by hybrid vehicles together with the car’s linear power delivery and balanced weight distribution helps lessen tyre shoulder wear. Lexus is so confident in its technology that every hybrid model is covered by a five-year/60,000-mile warranty.

The combined WLTP date for fuel consumption is 49.5 to 53.2mpg and over our week with the car we averaged between 43 to 56mpg on a mix of roads, which is pretty impressive. Another benefit of being a hybrid is low company car tax bills. Official CO2 emissions of just 94g/km mean it will cost you substantially less than any diesel or petrol rival of a similar price and size. So more efficient and cheaper to run than an equivalent internal combustion car, it’s also priced competitively, with the base UX model costing £29,905, just a little more than a Ford Kuga ST-Line. We know which one we’d rather have.

There’s no getting away from it; the car’s looks are dividing – personally we love it. The crisp, prominent, sculpted surfaces and flared wheel arches together with the 18 inch wheels (entry-level US model is fitted with 17s) pushed out to the corners, gives it real road presence. Apparently takumi-skilled modellers worked with the design and engineering teams to refine all the exterior surfaces, to hundredth-of-a-millimetre tolerance, pushing the boundaries of what could be produced in the body panel-stamping presses. Wondering what takumi is? That’s okay we didn’t know either – it’s the highest level of artisan in the world. In Japan you are not considered a master of your craft until you have spent 60,000 hours refining your skills. In a world that’s constantly striving for shortcuts it’s refreshing to see human craft not only play a part but also help it to stand out from the competition.

Inside you can see more Japanese craftsmanship at play – the quality of the materials and finish are impressive to say the least, and with sound-absorbing and insulating materials throughout the body together with subtle, integrated LED lighting, it’s a real serene place to be. It also feels very luxuriant – and elements taken from the Lexus LS flagship saloon, like the three-spoke steering wheel and analogue clock for example, help to accentuate this. Going into the finest detail in their pursuit of luxury, Lexus got their acoustic engineers to work with neural scientists to create the best possible door-closing sound while the Lexus Climate Concierge automatically links heating and cooling airflow with the heated and (on Takumi grade as we had) ventilated smooth leather front seats to ensure a comfortable cabin temperature. The £39,905 price tag will also get you stitching inspired by the Japanese sashiko technique – basically a hand sewing technique that you might see on your kids’ judo and kendo uniforms.

Principal vehicle functions are grouped around the driver’s side of the cabin and the shape of the driver’s seatback is apparently designed so that the controls can be operated while maintaining a comfortable and natural posture. We covered many miles in the UX 250h and we can indeed confirm that it was very comfy and everything felt very intuitive to operate. It no doubt helped that the Takumi spec’d car gets eight-way adjustable seats with additional adjustable lumbar support, as well as a head-up display.

The UX offers the latest in Lexus’s multimedia and navigation technology – 7 inch display is standard, while a 10.3-inch version is provided when the larger and more sophisticated Lexus Navigation system is specified (standard on the UX Takumi), as well as the Lexus Remote Touch Interface. What’s that I hear you ask? Well, instead of a joystick, you get a track pad interface – the largest of its kind within the automotive industry nonetheless. It basically feels like a smartphone to use, responding immediately to finger movement and providing haptic feedback. This has received some poor reviews but once we got used to it, we really liked it. With the rise and ongoing dominance of touchscreen devices don’t be surprised to see Lexus jumping on the bandwagon for its future vehicle infotainment however. For those that don’t like it there is a Menu switch at least, which calls up an operation screen with related functions, such as air conditioning and navigation, enabling easier access without having to dig down through menus. The wireless smartphone charger up front and standard dual rear seats USB ports are also a nice touch. Small bugbear we know, but we didn’t like the stumpy horns for changing driving modes either side of the instrument binnacle, simply because they’re cumbersome to reach or the multi-decked dashboard layout, with its fiddly climate controls.

Our other criticism was the lack of room and boot space. Up front headroom is slightly worse than what you get in the Volvo XC40 and the backseat is extremely cramped and would be too uncomfortable for any six-foot-tall passengers over long stretches. It would be a bigger struggle to fit three adults in the back, with a compromised middle rear seat that’s narrower and sits higher than the outer two. There’s also a hump in the floor, restricting space for your legs. During a weekend away with just me and my three-year-old son we actually filled the boot! To put it into perspective a Ford Fiesta offers 292 litres of space – this offers 320.

Of all the Lexus products currently on sale, the Lexus UX is inarguably one of the most forward-thinking in terms of tech. It’s also an interesting alternative to the hybrid Kia Niro and Mini Countryman S E, with distinctive looks, good fuel economy and Lexus's excellent reliability. If you’re looking for a family hybrid SUV, it’s not particularly practical and you'd be better off with a larger Toyota RAV4 for the same money but it’s a compelling choice for green-thinking 30-something city dwellers or perhaps older couples downsizing from full-size SUVs. 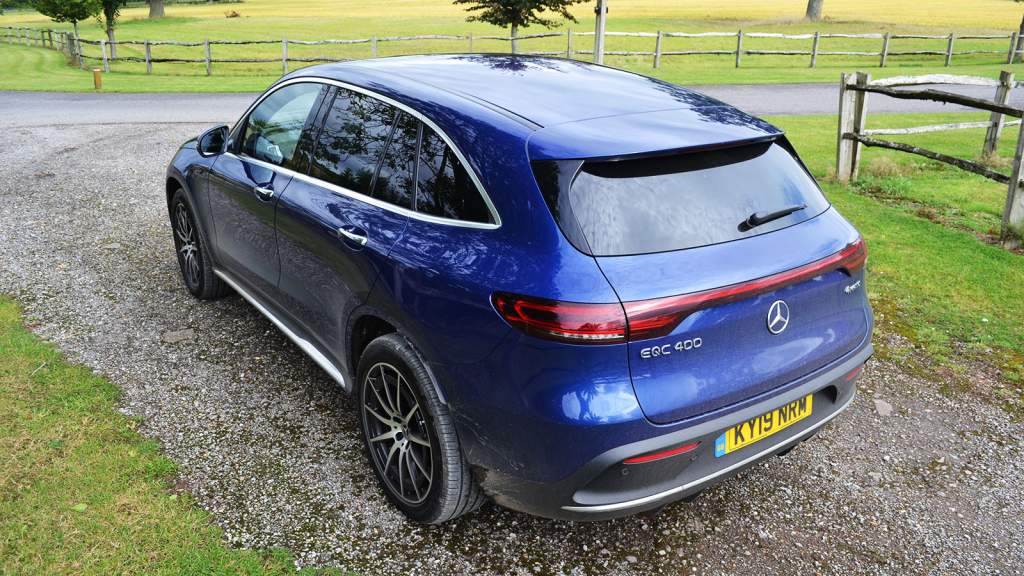 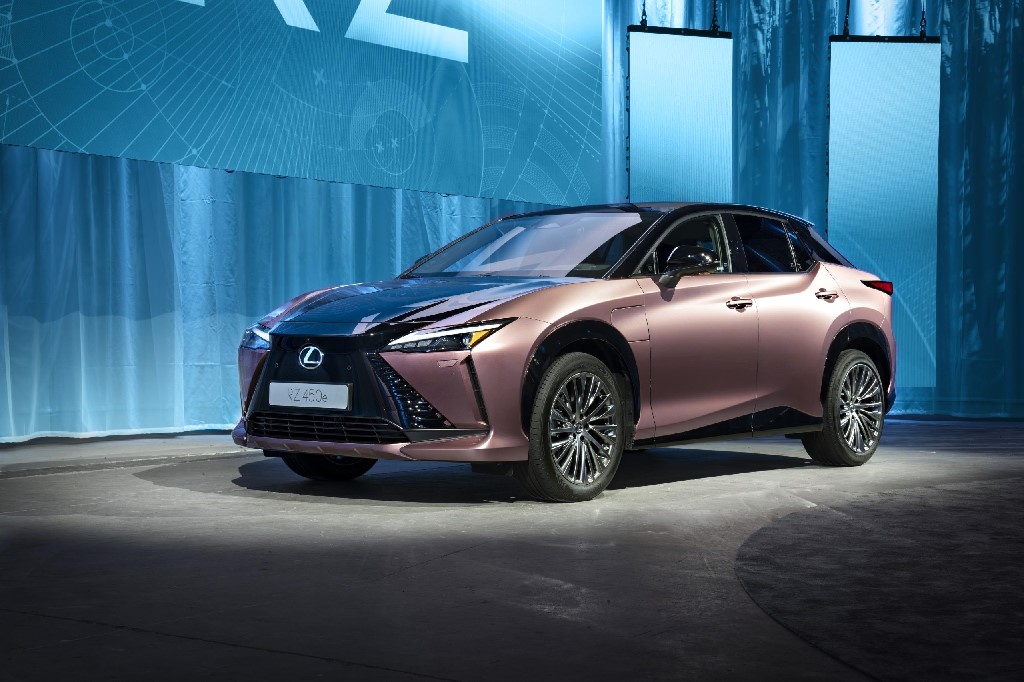 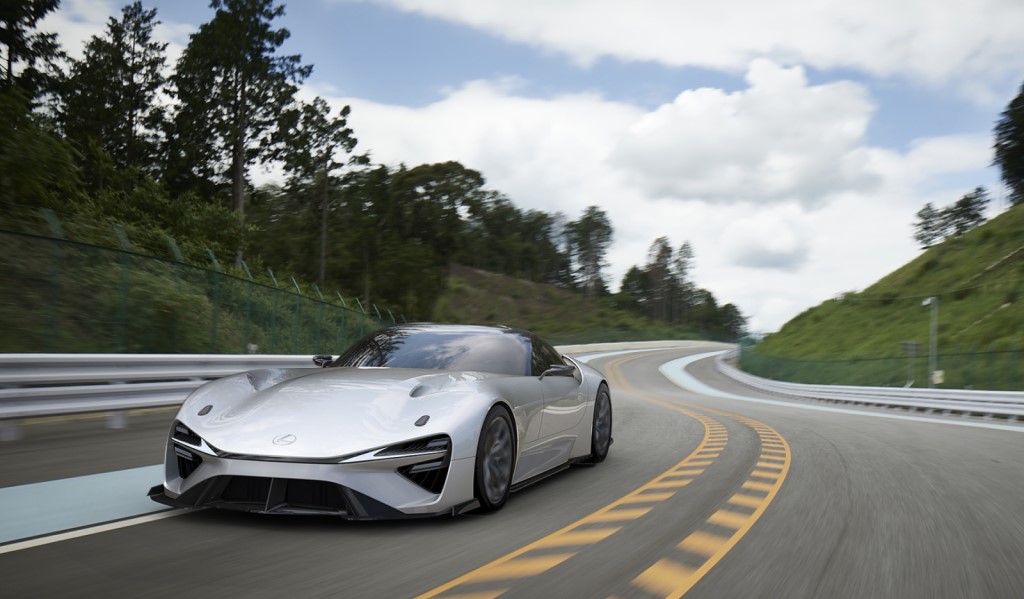