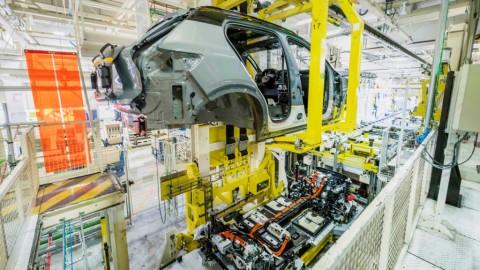 EVs are getting heavier, but should car makers be looking to simplify and add lightness?

Decarbonising transport is of critical importance to avoid the worst of the impending climate disaster, and EVs are going to play a massive part of this. However, batteries and associated tech adds a weight penalty which decreases efficiency and safety.

It’s something the EV market has been grappling with for a while. The problem is compounded by the fact that many buyers are clamouring for more range – which typically means increasing the size of a car’s battery.

The best lithium-ion batteries will require an extra 5-6kg worth of cells for every additional kilowatt hour of capacity and this might only get you an extra four miles of range. Five kilos of petrol, in comparison, would get a typical family hatch an additional 35-40 miles.

You might be wondering why this is a problem. After all, an EV produces no tailpipe emissions whether it weighs 1500kg or 5000kg. The trouble is several-fold: Heavier EVs produce particulates from tyre wear (and brake dust to a lesser extent), they are more dangerous in the event of an accident with the risk of an occupant being killed increasing by 12 per cent for every additional 500kg, and the bottom line is that bigger, heavier batteries draw more energy to charge.

On that last point, almost all grids around the world will charge an EV with less environmental cost than driving a petrol or diesel car for an equivalent distance, but it remains a factor if we’re truly looking to decarbonise transport.

The cost of a fatal accident

In the UK, a fatal accident in 2019 would result in a total cost of around £2.2 million. Last year (2020) saw 1472 fatalities in road accidents, costing around £3.2bn to the economy – and that’s before you add the far more important impacts on peoples’ lives and repercussions from those factors.

A typical EV weighs somewhere in the region of 20-25 per cent more than an equivalent petrol-powered car, or approximately 350kg for something like a C-segment SUV. If we take the figure of fatalities being 12 per cent more likely for every 500kg, crashing in a typical C-segment SUV increases the chances of an occupant being killed by 8.4 per cent.

In purely monetary terms, this increase in weight could add another £300m to the cost of fatal road accidents per year, not to mention another 120 people dead when they really ought not to be.

Of course, this is a hugely simplified way of looking at things, but improving safety should be just as important a factor in future transport as decarbonising. 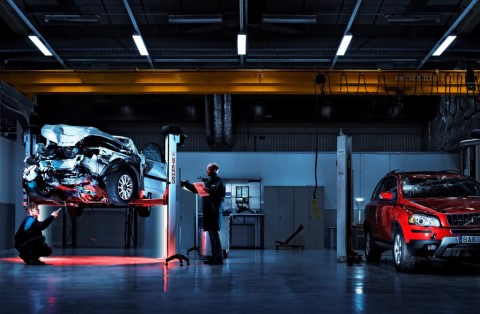 Weight is one of the two biggest factors when it comes to an EV’s real-world efficiency – behind aerodynamics. On a flat road, it’s not actually much of a hinderance, but add a hill or stopping and starting into the equation and weight suddenly takes on much more importance.

There’s no hard and fast figure on exactly how weight impacts efficiency; there are so many variables that it’s hard to calculate. An easy way of looking at it, though, is the fact that if you double the size of a battery pack, you don’t double the range of the car. This is largely down to the impact of weight.

At the moment, and as noted at the top of the article, the industry drives people’s expectations that a bigger battery equals more range. Few people pay too little attention to the number of miles per kilowatt hour they will achieve, because it’s not heavily publicised. Once you’ve driven some of the high-end German electric SUVs and noted less than 3mi/kWh, however, your desire to know the ‘true’ efficiency of an EV would probably increase significantly.

Better communication around miles per kilowatt hour is needed so that these figures enter our everyday vernacular – like MPG has done with petrol and diesel cars. This could be a factor in EV makers looking to make weight savings as we, the consumer, understand just how inefficient some of the bigger cars can be and demand better. The caveat here, though, is that weight saving costs money in materials, innovation and – potentially – range. 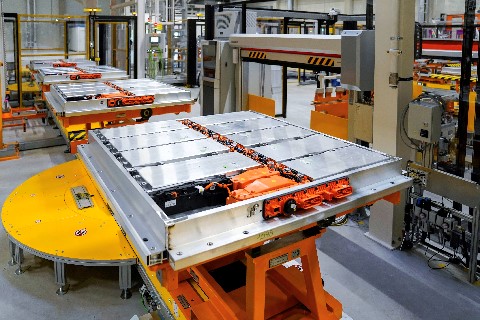 Are shorter range EVs an answer?

In part, yes. Mazda reckons that shorter ranges are better for most people, most of the time – it’s why they endowed their first EV, the MX-30, with a piddly 35.5kWh battery. They also noted that lighter cells improve a car’s ride and handling and are less environmentally impactful to make. Whilst that final point is debatable, the former isn’t.

Honda adopted the same way of thinking with its e, and the MINI Electric is similarly short of range. The rationale behind all of these cars is that they will be used predominantly in urban or extra-urban environments, and the vast majority of people drive less than 30 miles per day. When you look at it like that, a maximum range of 150 miles suddenly makes a lot of sense.

In the short-term, offering shorter range EVs is actually a sensible route to go down for most car makers. Battery and materials technology will catch up quickly with the possibility of battery weights halving (or ranges doubling) when solid state batteries become viable in the mid-2020s, making it a short-term sacrifice.

Perhaps the best thing us, as individuals can do, is to rethink our needs and approach to personal transport. If 90 per cent of the time we’d be fine with an EV with a shorter range and lighter battery, we stand to save money, reduce our environmental costs and potentially be safer. That 10 per cent could be filled with a rental car, or simply building in time to long journeys for rapid charging. 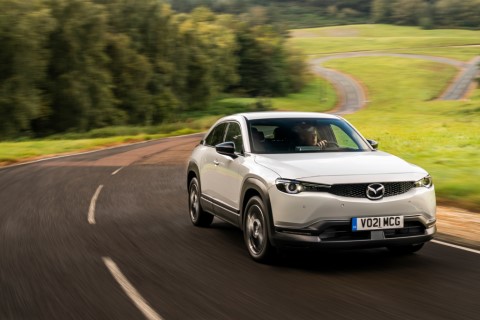 The final answer to what is admittedly a complex puzzle where there isn’t a single ‘right’ answer is simply to drive less. Whilst traffic levels have rapidly rebounded to pre-pandemic levels, decarbonising our travel begs a simple question: Do we really need to drive as much as we do?

The answer is ‘no’ for the vast majority of people. Cutting unnecessary journeys is the easiest and quickest way of reducing emissions and improving safety for those who need to be on the road. Active travel, such as cycling, along with car sharing and public transport need to play a greater role in our lives in future. Moreover, working from home and undertaking meetings electronically has been such an integral part of many of our lives for almost two years that going back to commuting and physical meetings is – in a lot of instances – a retrograde step. 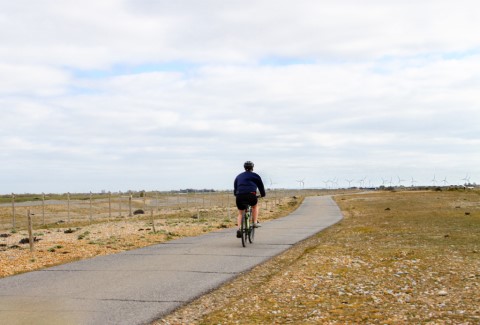 All of the above

This rethinking of how we get around is obviously the most difficult thing to change. People are creatures of habit and we, as a nation on a small island, rely on cars far more than perhaps we should. However, there’s a lot to say for EV makers simplifying and adding lightness to the cars they’re producing. Some nations are taxing heavy vehicles (France slaps a 10 euro tax on every kg over 1800kg for petrol and diesel cars – EVs are exempt, for now), but the biggest influence should come from us, the consumer, voting with our wallets. 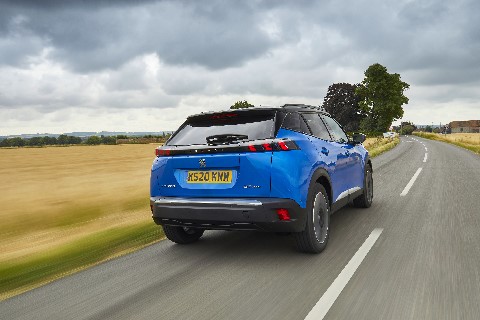 Efficiency is a very good point. My 2018 Soul EV has a 30 kWh useable pack but achieves 3.5-4.0 mi/kWh efficiency even on lots of short runs. When it comes to me changing the future (it's on a lease agreement) then it will be a backward step to find myself in a vehicle with worse efficiency, even if it has a nominally bigger pack. Perhaps discoverEV can start the ball rolling by putting efficiency figures into car reviews and press releases when available - I see the Model Y report omits this information but instead focusses on its speed and acceleration.