BMW's selection of PHEVs is being expanded further with both the X1 and X2 small SUVs gaining the xDrive25e powertrain this year. With the continuing popularity of SUVs as the car of choice for many individuals and families, these zero emissions-capable cars will surely prove a hit with customers.

Without a pure EV (i3 aside) and while we wait with bated breath for cars like the iNext to launch, BMW's push for electrification has concentrated on its PHEV range. Stretched across everything from the MINI Countryman Plug-in Hybrid to the 7 Series, this push to overhaul its 'standard' fleet has been an effective way of teeing people up for its forthcoming pure electric cars. The brand's aim is to have at least a quarter of sales being electrified by the end of 2021 – which is hardly ambitious, but is at least achievable.

Now, both the X1 and X2 have received the treatment. They share the same xDrive25e powertrain and will similarly share plenty of the tech and features; however, whilst you can walk into a BMW showroom right now and order an X1 ready to have it delivered in March, you'll have to wait until the summer for its slightly larger sibling.

So far we've only got the official figures for the BMW X1 xDrive25e, but don't expect the X2 to differ too much when its specification is confirmed in the coming months.

The xDrive25e powertrain comprises BMW's 1.5-litre, 3-cylinder TwinPower Turbo petrol engine which packs 125bhp and 162ft-lb of torque – all of which is sent to the front wheels via BMW's familiar six-speed Steptronic automatic gearbox. At the back of both the X1 and X2 there is a 95bhp, 122ft-lb electric motor which drives the rear wheels via a single-speed transmission, and thus makes both cars four-wheel drive.

In terms of emissions, the X1 xDrive25e sneaks in at between 43g/km and 48g/km of CO2. This will make it not only road and company car tax-friendly, each car sold will gift BMW a carbon 'super credit' as they fall below the 50g/km threshold. Efficiency is rated at up to 148.7mpg on the WLTP cycle.

Under electric power both the X1 and X2 are capable of up to 35 miles emissions-free driving at up to 84mph – perfect for around town and general commuting duties. This capability is enabled through BMW's latest generation 10kWh lithium-ion battery which, thanks to its relatively small size, can be charged to 80 per cent from a standard three-pin in less than four hours. With a BMW i Wallbox, zero to 100 per cent takes around three hours and ten minutes.

In general day-to-day driving, the standard AUTO eDRIVE setting optimises the output of power between the electric motor and petrol engine. If navigation is being used, the hybrid system will optimise energy management to get the best economy. MAX eDRIVE mode utilises the electric element of the powertrain to its full capability, whilst SAVE BATTERY mode maintains a stable level of charge, utilising both the petrol engine and regenerative braking to do so. Regardless of driving mode, both the X1 and X2 have acoustic pedestrian protection as standard, producing an audible warning at up to 19mph.

Inside there is a useful amount of space and flexibility for a small family. For the X1 specifically, with the battery mounted underneath the rear bench, boot space is a respectable 450 litres with the seats up and 1470 with the rear seats folded. The rear bench's 40:20:40 split fold ensures that loads of differing sizes can be carried. The X2 maintains the versatile seat layout but has slightly less room with 410 and 1290 litres with the seats up and down respectively.

Both cars come as standard with 17 inch alloys, two-zone automatic air conditioning, sports seats and LED headlights. Pre-conditioning of the interior can be controlled by the BMW Connected app via a smartphone. With each car available in Sport Line, xLine and M Sport trim levels, almost all of the options from the conventionally-powered cars are brought over to the PHEV versions.

Neither car is exactly cheap, starting at £38,200 on the road for the X1 – around £10k more than the starting price of a 'normal' X1 – and the X2 coming in at £37,885. However, don't expect the significant price to affect the popularity of either car; where they might not necessarily set the world alight in the private sales field, as company cars, their sub-50g/km emissions and that BMW roundel should ensure they fly. You'll be able to get your hands on one from July. 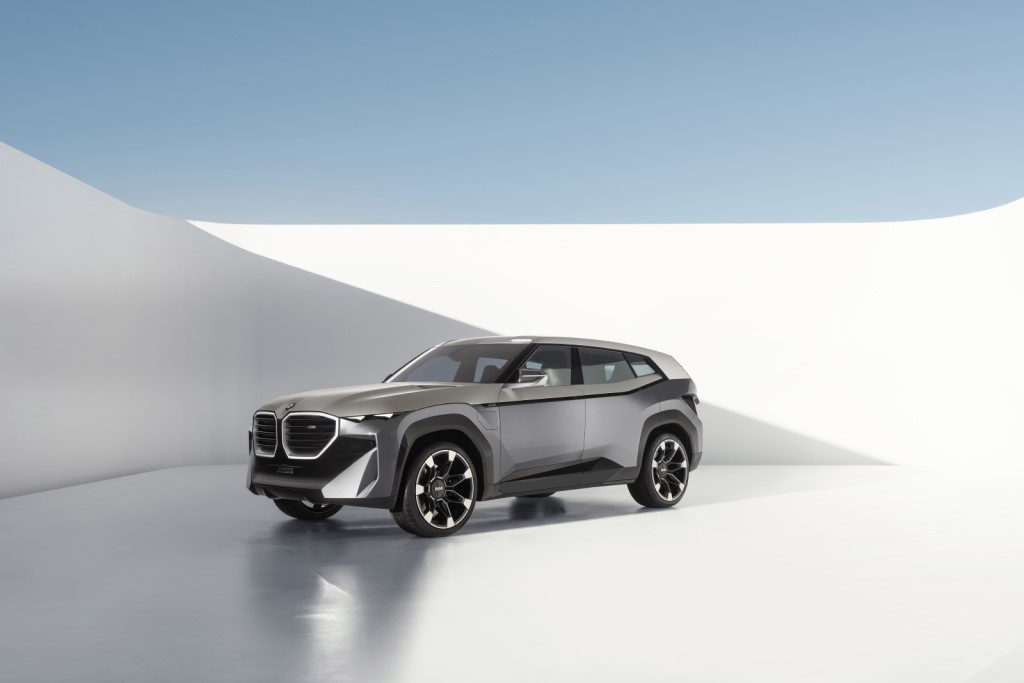 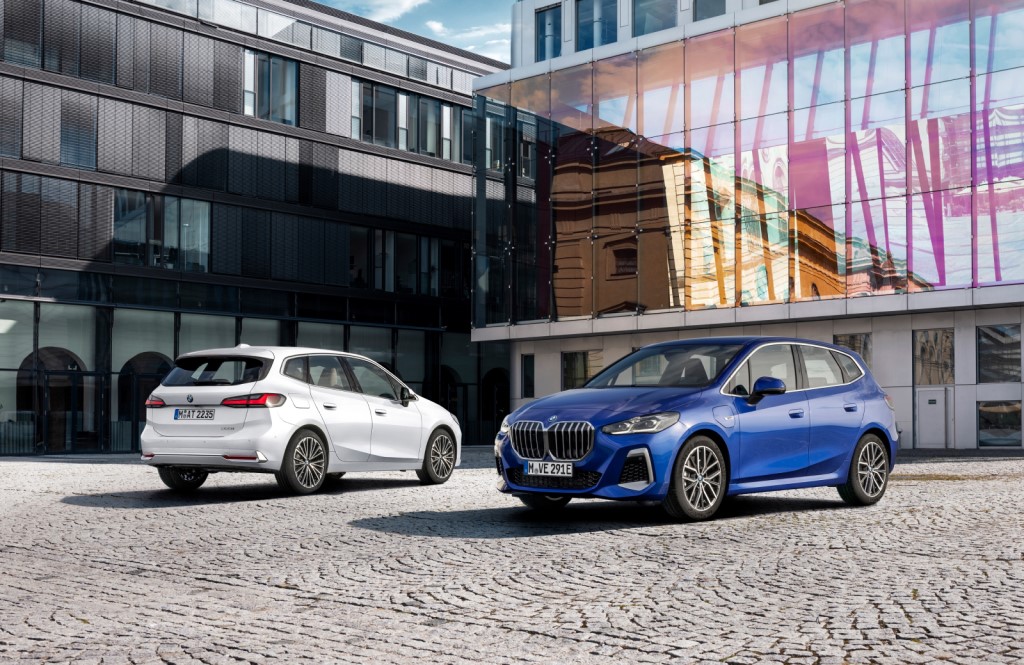