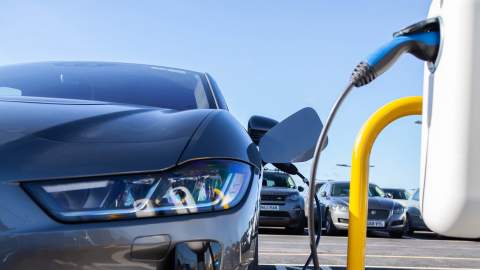 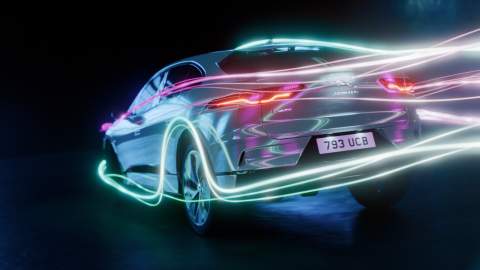 Jaguar Land Rover to invest big in its electric future

Jaguar Land Rover has announced plans to invest hundreds of millions of pounds in its UK manufacturing infrastructure to build a range of next-generation, all-electric models. In a Brexit-defying move, it is hoped that the investment will help put JLR back on the front-foot after recent significant drops in its export sales and job cuts. A welcome by-product of the investment is the security of at least 2700 jobs at its Castle Bromwich plant in Birmingham.

The news comes on the same day that the last of the current series of the flagship XJ rolls off the production line, but whilst the curtain comes down on the ICE-only XJ, the new version will be the first fully electric car built at the updated facility. Jaguar has not announced further details of the new XJ, but has confirmed that the team responsible for the 2019 World Car of the Year I-Pace will be in charge of the project.

JLR's announcement is part of a wider strategy to create what its CEO, Prof. Dr. Ralf Speth, is calling a “powerhouse of electrification in the Midlands”. In January the company confirmed that it was bringing the battery and Electric Drive Unit (EDU) production to the Midlands through investment in new and existing facilities such as the Wolverhampton Engine Manufacturing Centre. More recently, it was announced that JLR would collaborate with BMW on its EDU development, further demonstrating its commitment to pushing through new electric models.

On the battery production side of the equation, the brand's Battery Assembly Centre at Hams Hall is set to begin operation in 2020 and will have a capacity of 150,000 units – roughly equivalent to a third of JLR's total manufacturing output. Combined with the EDU production, the figures certainly add up and show that JLR clearly has the capability to fulfil its promises.

A key component of JLR's electric plan is reducing the cost of manufacturing which, it says, can only be done by bringing battery production to the UK. At present the Hams Hall facility only assembles batteries, the components for which are imported from Asia.

“Convenience and affordability are the two key enablers to drive the uptake of electric vehicles to the levels that we all need. Charging should be as easy as re-fuelling a conventional vehicle,” said JLR CEO, Prof. Dr. Ralf Speth.

“Affordability will only be achieved if we make batteries here in the UK, close to vehicle production, to avoid the cost and safety risk of importing from abroad. The UK has the raw materials, scientific research in our universities and an existing supplier base to put the UK at the leading edge of mobility and job creation.”

To support its desire to bring battery manufacturing to the UK, Jaguar Land Rover is calling for government and wider industry support to create a giga-scale production facility here. The government has already invested £108 million in a Battery Industrialisation Centre near Coventry, but Jaguar's commitment to EVs puts further onus on UK industry to support the creation of a giga-scale factory.

It is hoped that once these various pieces of the puzzle have been brought together, driven in part by JLR, further manufacturing of EVs and their component parts will be drawn to these shores.