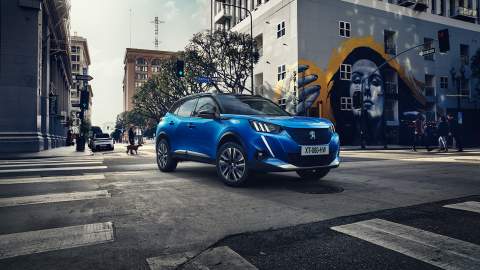 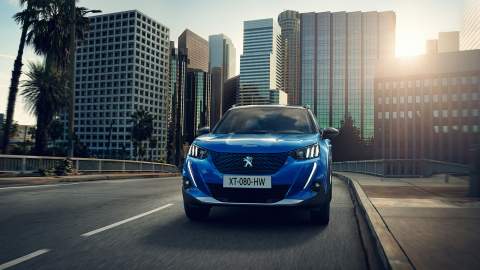 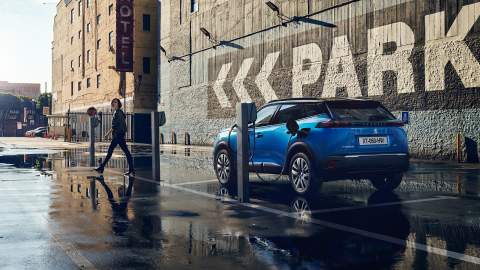 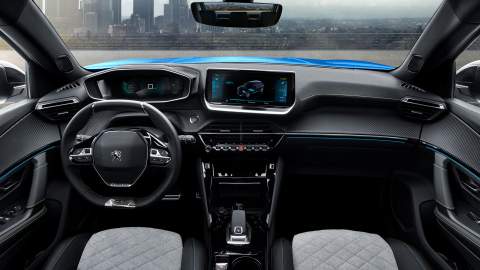 Following the recent announcement of the e-208, Peugeot has followed up with the launch of its second all-electric model; the e-2008 compact SUV. Sharing much in common with its lower-slung counterpart, the Peugeot e-2008 brings with it a sharp new look and improvements in tech, comfort and driving dynamics.

If you've read our stories on the Peugeot e-208 and Vauxhall Corsa-e then the following specs will be pretty familiar to you as the e-2008 shares this common platform. However, with its slight weight and size penalty, it does lose out in some areas compared to its B-segment counterparts.

The WLTP range of the Peugeot e-2008 SUV is a perfectly respectable 193 miles – very much in the ballpark of rivals like the Hyundai Kona (in 34kWh guise). Rapid charging at up to 100kW is supported, which enables 80 per cent charge to be restored in just 30 minutes, while conventional 7.4kW and 11kW charging capacities juice the e-2008 in around eight and five hours respectively.

As with the e-208, the e-2008 is a marked improvement (at least in our eyes) over the outgoing model. Its sharper angles and attractive three-claw LED head and taillights give it a far more chiselled look, while GT Line and GT models also benefit from new 18 inch diamond cut alloys. Design cues that give away the Peugeot e-2008’s electric underpinnings are minimal, consisting of a dichroic emblem that alternates between green and blue, ‘e’ monograms on the tailgate and front side panels and a body coloured chequered grille.

Inside Peugeot has lavished the compact SUV with class-leading levels of technology, including its latest 3D i-cockpit which sounds to us like a lot of fun – as well as useful while on the move. It consists of a head-up display which, rather than projecting information at the bottom of the windscreen projects it in hologram form in the driver's eyeline. Great for getting driving information at a glance, and also for pretending to be a fighter pilot.

Alongside the head-up display, 3D i-cockpit has a 10 inch (depending on trim level) colour touchscreen on the centre console with TomTom Traffic 3D navigation. All variants of the Peugeot e-2008 get MirrorScreen, enabling MirrorLink, Apple CarPlay and Android Auto connectivity. Furthermore, the MyPeugeot app enables owners to pre-set charging times as well as heating and air conditioning, and view current battery level.

Helping owners to get the most from their EVs is a priority for Peugeot with its new generation of e cars, and to coincide with the launch of the e-2008 (and e-208) it is launching a range of dedicated services. Based around charging and day-to-day mobility, these include various home or work-based charging solutions with a diagnostic service to help buyers get the best solution for their needs. Free2Move Services gives owners access to public charging points across Europe, including giving them the ability to pre-select a terminal based on speed of charging, distance and cost of charging, for example. An online trip planner can be used to plan the most convenient routes based on distance and available charging stations, then uploaded to the Connect 3D Navigation, making EV mobility easier still.

Whilst the conventionally-powered 2008 will hit the roads later this year, buyers will have to wait until early 2020 before production ramps up on Peugeot's EV range and e-2008 deliveries begin.