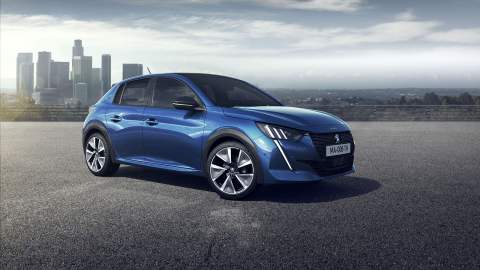 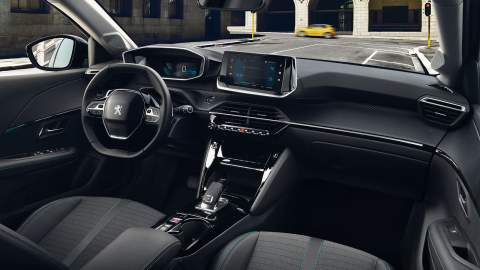 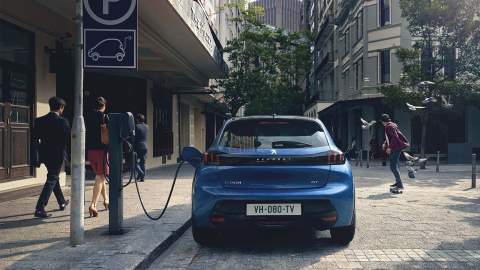 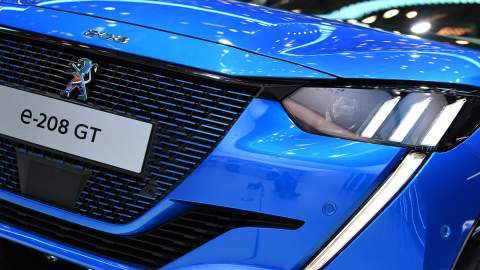 After the recent launch of the Vauxhall Corsa-e, Peugeot has joined the EV scrum taking place in the B-segment with the electric version of its all-new 208. Revealed for the first time back at the Geneva Motor Show, the e-208 isn't just a rival to the Corsa-e; it is actually broadly the same car once you peel away the Peugeot badges and styling.

If you read our Corsa-e story none of the following figures will come as much of a surprise. So without doing too much of a cut and paste job, the headline figures are a 134bhp electric motor with a healthy 192lb-ft of torque – good for 0-62 in 8.5 seconds. Whilst Peugeot hasn't specified in their communications, it's also likely that the e-208 will share Corsa-e's 0-31mph time of 2.8 seconds.

Onboard power is held by a 50kWh battery, giving the e-208 a WLTP range of up to 211 miles. Three driving modes are available to drivers – Eco, Normal and Sport. Eco optimises the car's systems to provide the maximum range without detrimental effect on the driving sensation. At the other end of the spectrum is Sport mode, which makes the car's full 134bhp available and maximises its performance. Normal sits in the middle, striking a balance between performance and range – ideal for everyday use.

The e-208 comes with an 11kW on-board charger and can be charged from external sources via a cable that can be connected to a wall box or 100kW fast charger, which will juice the battery to 80 per cent capacity in 30 minutes. A domestic three-pin arrangement will take 20 plus hours, however. Peugeot guarantees that the battery will maintain at least 70 per cent of its charge for eight years or 100,000 miles.

Regenerative braking helps the e-208 improve its inherent efficiency whilst on the move. Two levels of regeneration alter the way in which energy is regained; at the lower level there is a gentle recuperation and the car slows down in a similar fashion to a conventional car while off the throttle. At the higher level the car claws back more energy through a more dramatic 'engine braking' effect.

The new Peugeot 208 is undoubtedly an attractive car thanks to its heavily revised styling over the previous generation model. A large grille is framed by full LED three-claw headlights – a design which is mirrored in the tail lights. The e-208 has some additional touches which distinguish it from its ICE counterparts including a monogram 'e' on the rear quarter panel, a body-coloured chequered grille and a dichroic lion which changes colour depending on the angle at which you see it. Speaking of colours, the e-208 will be available in a range of colours including metallic Faro Yellow, Vertigo Blue and Elixir Red.

Inside, the Peugeot e-208 gains next-generation 'Jump In' technology. Drivers benefit from Peugeot's 3D i-Cockpit which offers a multifunction steering wheel, configurable head-up display and a capacitive 7” or 10" HD colour touchscreen (depending on spec). For that extra element of personalisation, the interior environment has added mood lighting with a choice of eight ambient shades of LED light. DAB radio with a six-speaker sound system tops off the in-car entertainment.

As is becoming the norm these days, the e-208 has connectivity with Bluetooth, Apple CarPlay and AndroidAuto. Further technological compatibility is available through TomTom Traffic, Connected 3D Navigation and Peugeot Mirror Screen functionality.

The first deposits in the UK were put down back in March, and customers can still register their interest in Peugeot dealerships and on their website. Order books will officially open later in the summer, and you can expect the first Peugeot e-208s to hit the roads in the UK in early 2020.