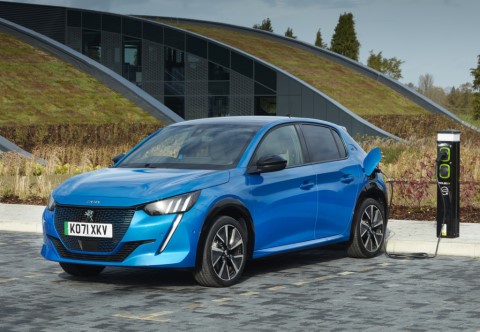 Following the news that over-arching brand, Stellantis, was going to electrify its 14 brands, Peugeot has revealed its goals. The headline is that all models sold in Europe will be electric by 2030, however some internal combustion will be retained for international markets, according to CEO Linda Jackson.

Linda Jackson has been talking to Automotive News Europe (ANE) about specific plans for Peugeot, which is one of Stellantis Group’s biggest names. The all-electric goal will bring the French brand into line alongside other major European manufacturers that have committed to being either fully EV or at least electrified by that date.

Achieving this will also put Peugeot five years ahead of the EU’s proposal to mandate zero emissions vehicles, which is destined to come in from 2035. However, it will put the brand behind Stellantis compatriots Vauxhall, which will go all electric in 2028, Alfa Romeo, which is aiming for 2027, and DS which will only launch EVs from 2024.

Jackson has stated that the entirety of Peugeot’s line-up will be electrified (plug-in hybrid or EV) by 2024. With nearly three-quarters of the brand’s cars already available with an electrified powertrain, it’s not too big an ask. Only the 108, which will soon go out of production, and the 5008 SUV lack EV or PHEV options so far.

Furthermore, she told ANE that sales of the e-208 were tracking at around 20 per cent – some five per cent more than forecast. And whilst the e-2008 doesn’t sell as well (down to the fact that it’s bought more as a first or only car so people are more wary of going EV), the popularity of electrified models across its private and commercial range evidently strengthens the business case.

Whilst the current battery electric models in Peugeot’s range have several years’ shelf life left in them through the e-GMP platform, Stellantis is going to be launching a range of four new platforms from 2024 onwards. All have been conceived with an EV-first design brief, meaning that whilst they can support internal combustion for international markets, they are honed for battery electric vehicles.

The STLA Small, Medium, Large and Frame platforms each serve a specific part of the market – up to and including trucks – and will have a range of up to 500 miles in their ultimate form. Stellantis is developing new battery chemistries to go into STLA platforms and, by 2026 it reckons that brands like Peugeot will have solid-state batteries available.