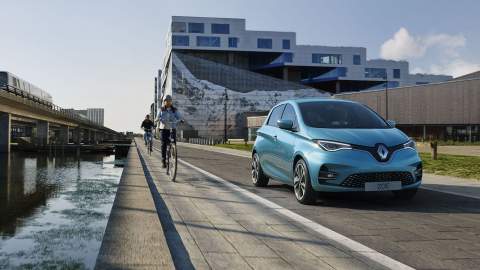 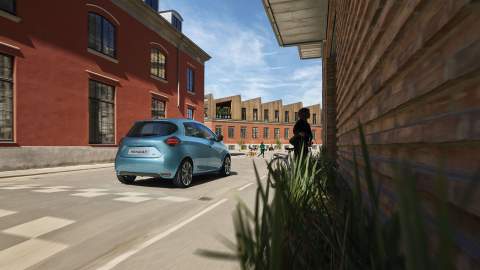 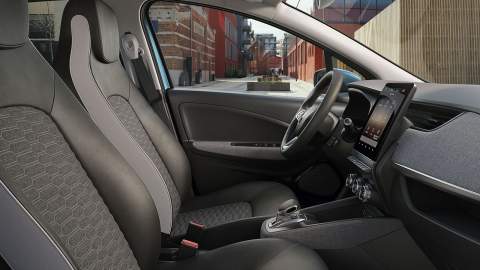 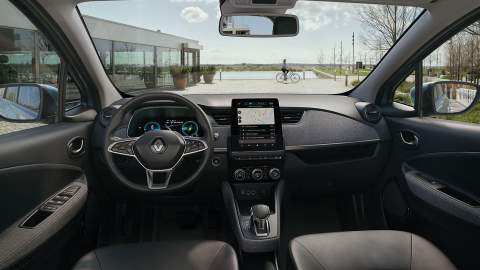 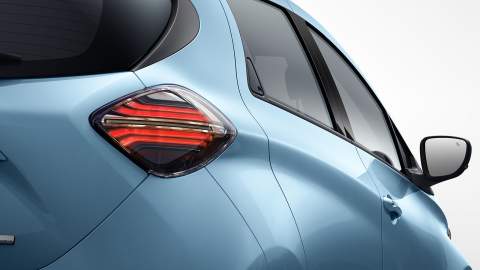 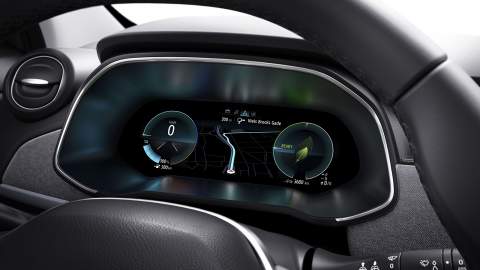 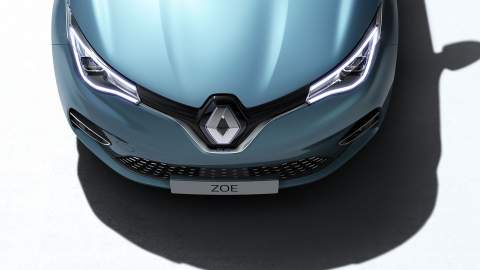 Renault has unveiled the third generation of its flagship electric car, the ZOE. A sharp new look on the outside is supported by an interior revamp, but the main headlines are more than skin deep, with Renault touting a range of 242 miles, a new and more powerful motor, and faster charging. Accounting for almost one-in-five electric cars sold in Europe, the third generation ZOE has a lot to live up to, so let's take a closer look at what Renault is promising from it.

Let's cut to the chase; most of the changes to the ZOE over the current, second generation model are in the way you put juice in, and then use it up again on the road.

A minor criticism we had of the current ZOE was its evident lack of puff on the motorway and up steeper gradients – especially with regards the lower-powered, 87bhp R90 version. In the third generation car, Renault has addressed this by adding a more powerful 133bhp R135 motor, retaining the 109bhp R110 unchanged, and ditching the R90 altogether.

This new, Renault-developed motor should solve some of the oomph issues, dishing up 180lb-ft of torque and enabling the ZOE to hit 62mph in less than 10 seconds. Perhaps more importantly, given our previous concerns, is the reduction in 50-75mph time which now takes 7.1 seconds – some 2.2 seconds faster than the R110 motor can manage. That should make motorways less intimidating!

The new 52kWh Z.E. 50 battery is part of what makes the higher power output viable while simultaneously affording the ZOE a WLTP range of 242 miles. This roughly equates to 30 per cent improvement over the 40kWh battery in the current car, but as the physical size of the battery is the same there is no detrimental effect on cabin space.

Alongside more capacity, the Z.E. 50 battery can be juiced more quickly than its predecessors thanks to CCS compatibility and a maximum fast charge input of 50kW. There's no official word on the charge time from zero to 100 per cent using 50kW DC, but it will add 90 miles of range in 30 minutes. The standard type 2 cable for everyday AC charging use can take anything up to 22kW via a wall box, public charge point or standard supply. A 7kW home wall box charges the new ZOE from zero to full in 9 hours and 25 minutes and can be programmed around tariff changes to get the most bang for your buck. At the upper end, a 22kW public supply will add around 78 miles in an hour.

The new ZOE has received what can only be described as a nip and a tuck, rather than a full makeover. More obvious changes reside at the front, with a more dramatically sculpted bonnet, the lines of which converge on an oversized Renault diamond, beneath which is the charging port. The bumper is revised, with a more purposeful lower chrome grille and chrome inserts on the air vents which form a backdrop to the LED fog lights.

Speaking of lights, all ZOEs now come with full LED headlamps which are framed by the recognisable C-shaped daytime running lights. According to Renault, these are not only more energy efficient, they also provide 75 per cent more light than outgoing halogen units. At the back the changes are also light-based, with bigger LED units and sweeping indicator lenses.

New 15, 16 or 17 inch alloy wheel options come in a range of new designs and there are three new metallic paint finishes (out of a total of nine) to choose from: Celadon Blue, Flame Red and Quartz White.

On the inside buyers will not only find better ergonomics and digital tech, they can be assured of their eco-friendly credentials thanks to 100 per cent recycled upholstery on Iconic models, the process of production of which apparently reduces carbon emissions by 60 per cent over traditional manufacturing methods.

While the soft fabric inserts and adjustable LED interior lighting might makes the cabin feel more welcoming, the new 10 inch TFT instrument cluster (which is standard) will keep you connected with the car. As well as the usual speed and range readouts, it can offer up on-the-move eco driving tips as well as turn-by-turn prompts for cars equipped with the optional sat-nav.

The centre of the dashboard is dominated by a 9.3 inch touchscreen interface which houses the Renault EASY LINK multimedia system. This system controls the main functions of the vehicle and can be enhanced with specific operations, such as the real time availability of charging stations. Smartphone connectivity is taken care of by Apple CarPlay and Android Auto. Replacement of the handbrake with an electronic parking brake frees up space for wireless phone charging, while passengers in the rear can charge their devices thanks to two USB ports.

When will we see it and how much will it cost?

In the decade since the first Renault Zoe concept was revealed, the model has become an extremely popular EV choice thanks to its real-world practicality and low purchase price. This third generation model is expected to continue that trend and we can hazard a guess that it'll start in the same ballpark as the current version – £21,920 (excluding plug-in car grant and battery lease). Expect it to land in showrooms later this summer.