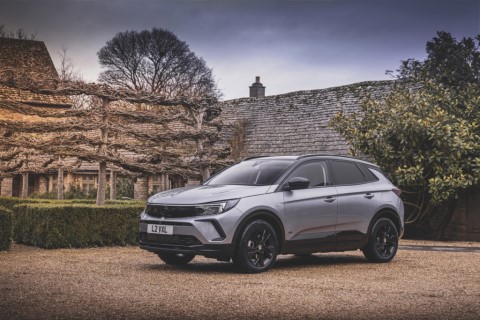 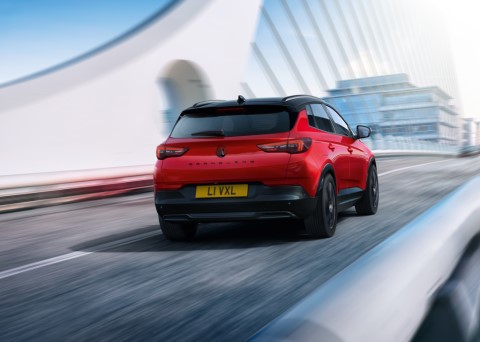 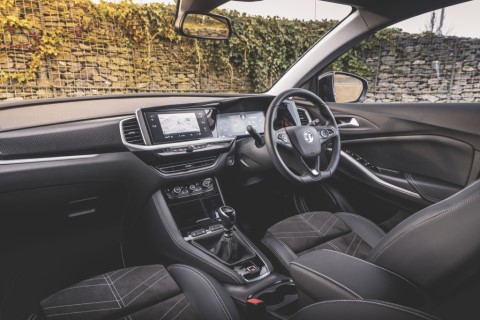 Vauxhall’s first PHEV – the Grandland plug-in Hybrid-e – was launched almost three years ago. Since then, a lot has changed, not least of which is Vauxhall’s design language and move towards being an electric-only brand by 2028. Vauxhall has now given the Grandland PHEV a makeover inside and out.

Vauxhall’s C-segment SUV hasn’t been a huge seller like the slightly smaller and considerably cheaper Mokka, but it has still managed to shift over 70,000 of them (predominantly ICE variants) since it was introduced in 2018. Giving it a refresh and refining the model’s proposition, especially in PHEV form, was therefore an obvious move for the brand – especially as PHEV sales rose significantly in 2021 to grab around 7 per cent of the UK market.

Fundamentally, the powertrain in the new Grandland is the same as that in the previous PHEV, combining a 1.6-litre, 178bhp petrol motor with a 109bhp electric motor. The total combined power is lower than the outgoing car, with 222bhp on tap (compared to a total power of 296bhp on the pre-facelift car). Maximum torque is 266lb-ft and 62mph comes up in 8.9 seconds.

The electric motor is fed by a 13.2kWh battery which provides up to 39 emissions free miles on a charge at speeds of up to 84mph. Official WLTP efficiency figures stand at 192mpg and emissions of just 31g/km. An on-board charger of 3.3kW comes as standard and a 6.6kW version is optional, meaning charging takes anything from 5h 45min on a three-pin, to 3h 30min at 3.6kW and down to 1h 45min with the optional on-board charger.

The most obvious difference between the new Grandland and the previous version is the styling. It has adopted the new ‘Vizor’ front end which debuted on the new Mokka and Mokka-e in June 2020 and has since been incorporated on all new launches. It includes the smooth upper front grille, behind which sits sensors for some of the driving assistance systems. The brand’s ‘wing’ LED daytime running lights are also now built in. New, optional, ‘IntelliLux’ LED headlights use pixel tech for improved vision at night, and also tick the box that all manufacturers seem to want to tick with over-complex lighting systems.

At the rear, the LED taillamps now feature the ‘double wing’ design within smoked light housings. Otherwise, the rear and side profiles of the new Grandland have been tweaked rather than given a significant makeover. On some trim levels, buyers can opt for a black roof and black trim, as well as high gloss black inserts. Wheels start at 17 inches and can be bought at up to 19 inches on higher spec cars.

As with the outside of the new Grandland Hybrid-e, the interior has been gently updated rather than tearing up the rulebook. The PHEV suffers in terms of luggage space, featuring 390 litres of boot space vs conventionally powered cars’ 514 litres. With the 60:40 rear seats fully folded the PHEV has 1528 litres of luggage space. A ski hatch helps with storage for longer items.

Vauxhall has upped the connectivity of the new Grandland through its PureConnect system which it reckons makes it more intuitive to use. Apple CarPlay and Android Auto are standard and interfaced via the Pure Panel Multimedia Navigation system with a 10 inch touchscreen. Hybrid-e models get additional information about charging infrastructure on the navigation as well as a powerflow display to help them understand energy flow while driving in hybrid mode. They can also use the MyVauxhall app to check the car’s state of charge, precondition the cabin or schedule charging.

An array of driver assistance systems include advanced park assist with a 360-degree camera, lane keep assist and departure warning above 37mph, blind spot alert, speed sign recognition and front and rear parking sensors. An optional night vision system enables drivers to see up to 100 metres ahead via infrared technology, with the images displayed on the 12 inch digital instrument cluster.

The new Vauxhall Grandland Hybrid-e is available to order right away and starts at £33,820 in the GS Line trim level.