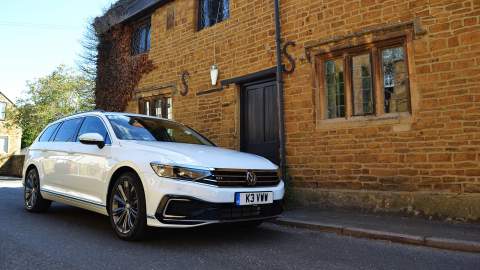 We get behind the wheel of the new VW Passat GTE with longer electric range at a VW media driving day.

The Passat is the world’s best-selling mid-size model (over 30 million units sold), and this year has heralded the start of a new evolutionary stage of the car, which includes a GTE with 31 per cent more battery capacity for a longer electric range. The Passat is the longest continuing name plate in the Volkswagen range and the latest incarnation of this vehicle has been enhanced with exciting new technologies that enhance safety and connectivity (such as Travel Assist, which are lane keep assist and active cruise control systems rated at Level 2 autonomy, and wireless App Connect, allowing the driver to seamlessly connect their smartphone to the infotainment system via Apple CarPlay, Android Auto or MirrorLink via Bluetooth). 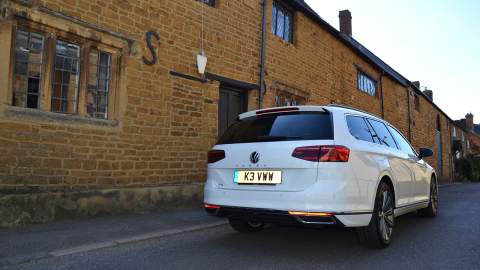 At present one in ten Passats sold are the plug-in hybrid GTE model  but with this new improved version they expect it to be one in four, and most of that will be down to increased electric range (and low CO2 emissions attracting company car users thanks to the low rates of Benefit-in-Kind tax).

The updated Passat GTE is capable of travelling up to 36 miles (WLTP) on one battery charge up to 80mph, representing an increase of 40 per cent.

Like any other PHEV, the Passat GTE's battery is juiced externally (via a charging point in the radiator grille), and it can also be recharged while it is moving (in ‘Hybrid’ mode). In fact, if you set a route on the sat-nav, the system is smart enough to work out when to use the electric power – such as around town, recharging the battery on the motorway. It’s worth noting where premium brands such as BMW and Porsche don’t, VW do provide the cables at no extra cost for both normal three pin socket and AC charging.

Moreover, while the old model had five operating modes, there are now only three: ‘E’ mode (purely electric driving), ‘GTE’ mode (sharpens the accelerator and gearbox response, adds weight to the steering and uses full system power of 218hp and 295lb-ft of torque and up to 138mph) and the aforementioned ‘Hybrid’ mode (automatic switch between the electric motor with 115hp and the TSI engine with 156hp). 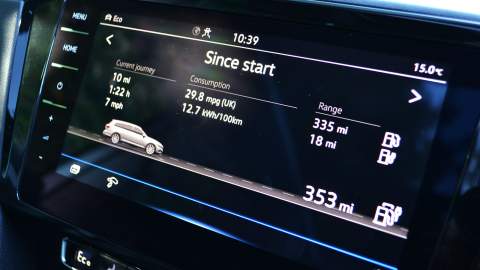 What else is new?

Offering a choice of saloon and estate body styles, to help differentiate the GTE to its diesel and petrol siblings there are distinctive signature ‘C’ shape front LED running lights, blue brake calipers and, of course, GTE badging.

Inside, there is a new range of trim finishes and fabrics, which is a cut above its rivals (such as the Ford Mondeo hybrid estate). Like every VW, everything feels well finished and screwed together. The GTE also benefits from blue ambient lighting and a GTE-specific set of digital dials that allude to electric range and when the car’s engine is lending a helping hand.

You get an upgraded 8 inch colour touchscreen as standard in the GTE, which is a class-leading infotainment system that’s easy to use and logically laid out. The higher-capacity 13kWh battery isn’t any bigger than that of its predecessor, so interior space hasn’t changed and remains generous, with the boot (for the estate) only dropping from 650 litres in the petrol and diesel models to 580 litres. 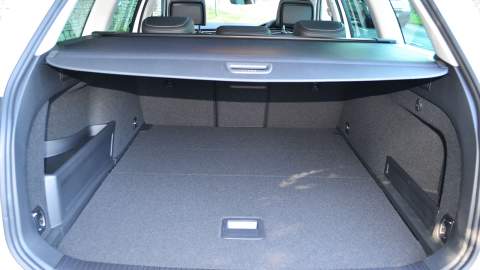 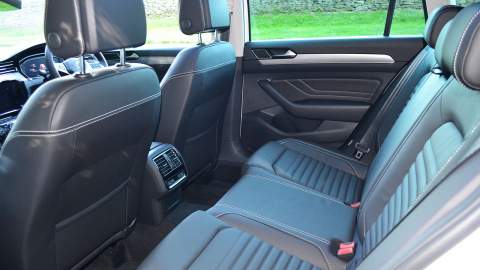 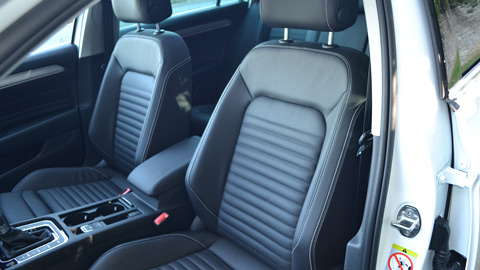 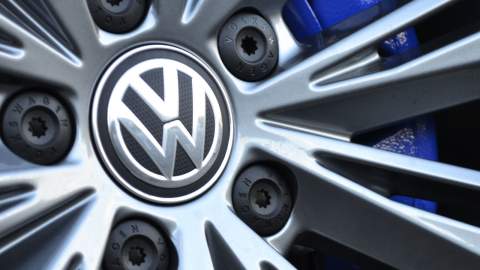 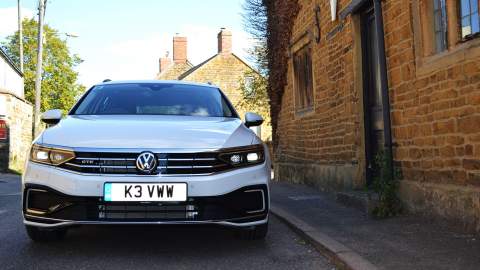 The Passat GTE is one of the fastest models in the Passat range and its performance is on a par with the smaller and more expensive hybrid executive cars from BMW (330e) and Mercedes (C300de). As mentioned the GTE’s electric motor is paired with Volkswagen’s 1.4-litre TSI petrol engine and as a result there’s a lot of torque at low revs.

Whichever setting you use, the transition between petrol and electric power is so smooth you’ll barely notice it. The cars that we drove were fitted with the optional Dynamic Chassis Control that allows you to adjust the suspension’s firmness between Comfort, Normal, Sport and Individual.

Despite the additional weight from the battery, the Passat GTE feels sure-footed. The steering is nicely weighted and responsive, and while there’s a bit of body roll there’s a good sense of grip. It’s comfortable yet gutsy – reassuringly VW.

On the evidence of our short test drive, we managed some 31 miles before the 1.4-litre engine kicked in, but we were driving it rather spiritedly on a mix of quiet, long straights and windy B-roads. 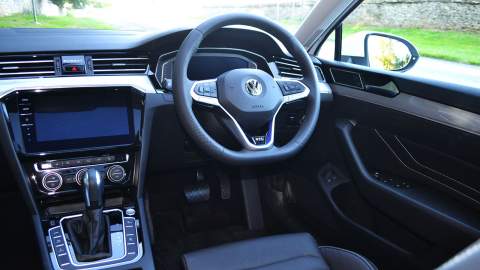 If you do less than 35 miles a day and you have charging access at your home or workplace then you should definitely buy one, as not only will your journeys be emissions-free but you’ll be saving a lot of money at the fuel pump. It’s particularly ideal for motorists living in or commuting to cities, especially where there are clean air zone charges. Company car drivers should also consider the Passat GTE for the aforementioned tax benefits (12 per cent for tax year 2020/21).

It seems to have gone under the radar but Volkswagen have partnered with Tesco to make it easier for you to charge your electric car while you’re out. To that end, over the next three years VW will be rolling out more than 2400 EV charging bays across 600 Tesco stores. This will boost the total number of charging bays in the UK by 14 per cent. Installed by Pod Point, the 7kW fast chargers will be available free of charge, and even if you decide to use the rapid 50kW charger you'll only pay a small fee in line with the going market rate.

It will start from £36,390 for the saloon and £37,920 for the estate representing a saving of £1635 over the outgoing Passat GTE. Standard items of equipment are fairly decent including 17 inch alloy wheels, sports suspension, Discover Navigation system with 8 inch colour screen, three-zone climate control, automatic lights, wipers and parking sensors and Emergency Automatic Braking.

The Passat Estate in particular is the best-selling D segment car in Europe – outselling its rival by two to one and in GTE form it’s very attractive. Yes it costs more than it’s conventionally powered offerings but some owners should make those savings over time and as reliable family estates go with low tailpipe emissions but with the convenience of a petrol engine for longer journeys, there’s not much out there that ticks as many boxes as the Volkswagen Passat GTE does. 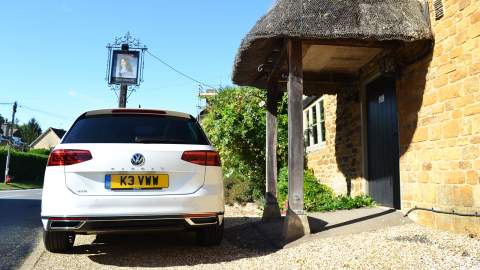