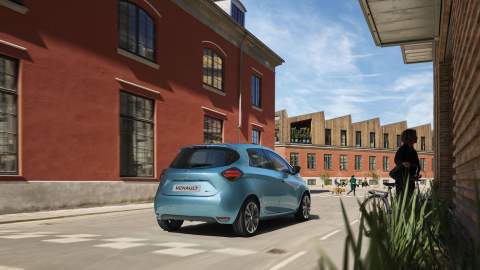 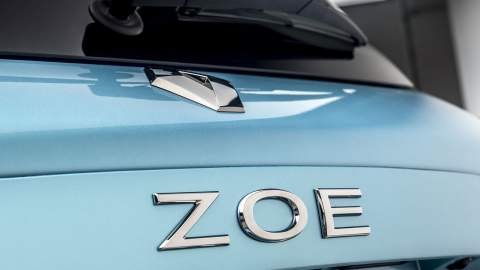 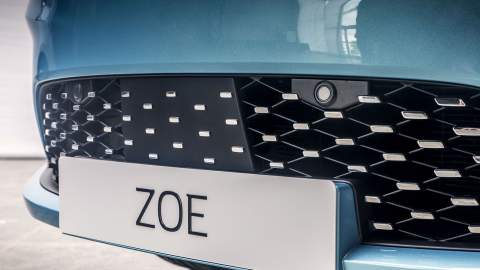 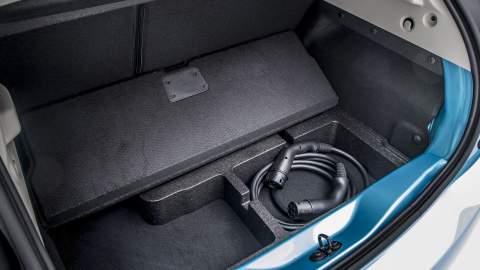 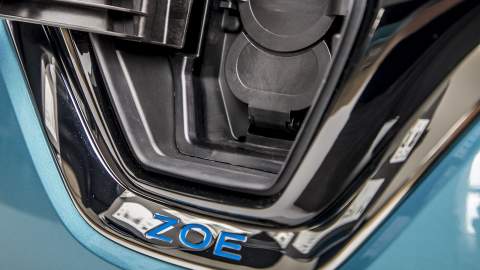 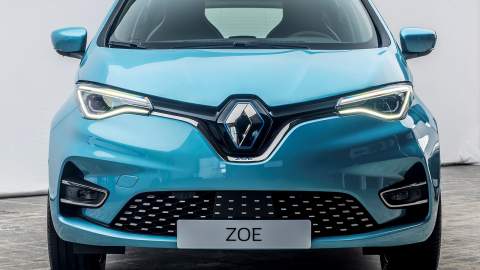 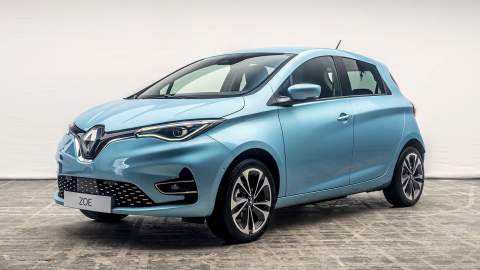 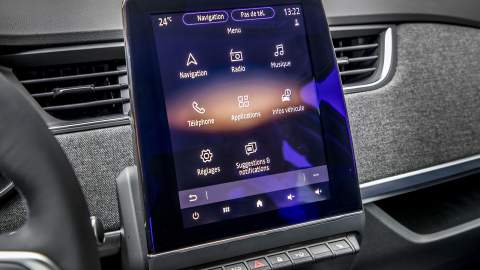 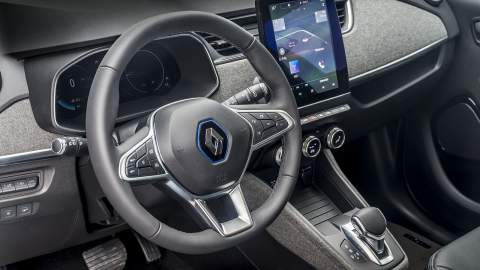 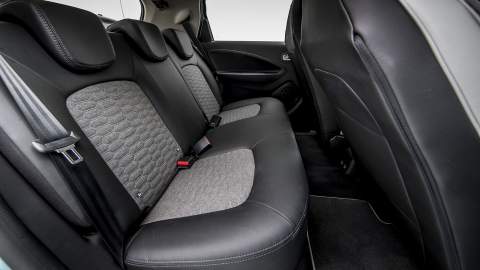 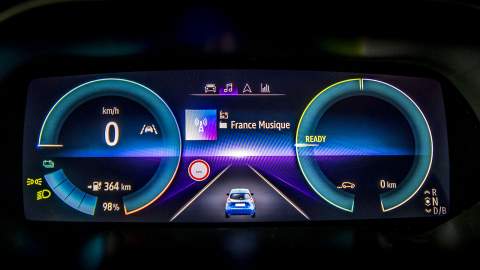 Renault has announced the price and specifications for its new third generation ZOE, and its good news all-round with more power, range and extremely competitive prices. Customers won't have to wait long to get their hands on one either; Renault will be taking orders from mid-September and customer deliveries will start in January 2020.

We've already had a glimpse of what the new ZOE has to offer, and the info in our previous story still stands, but Renault has now filled in all the gaps. There's a lot of detail to digest, but it's worth persevering as the new ZOE is shaping up to be a great all-round EV choice.

Renault is offering the new ZOE with two power options. The previous generation car's high power option R110 109bhp motor is now the low power option, and a newly developed 133bhp R135 motor has been added to give the ZOE some additional oomph.

The top speeds of the R110 and R135 motors are very similar at 84 and 87mph respectively, but it is in on-the-move acceleration where the main difference is felt. Between 50 and 75mph the R135 is 2.2 seconds quicker than the R110, making it that little bit more flexible at higher speeds. In terms of bottom-line performance, the R135 will hit 60 in 9.5 seconds with the R110 a little behind, hitting the benchmark in 11.4 seconds.

Across the range, the third gen Renault ZOE gets a brand new 52kWh battery – an 11kWh increase over the previous one. Despite the increase in capacity, there is no impact on interior space.

As a result of the increased battery size, the new ZOE can now achieve a best-in-segment range of 245 miles (according to the WLTP cycle), a respectable 32 per cent further than the outgoing car. To help drivers achieve the greatest range from their car, Renault has equipped the car with a new “B mode” driving function. This maximises the regenerative braking effect and makes one pedal driving possible. D mode reduces the regenerative braking effect for steadier driving conditions.

Fast DC charging is now available alongside AC charging. As with the outgoing car, the charging socket is located behind the front Renault emblem. Being CCS, it is slightly larger and consists of both a European standard size socket and a two-pin connector for DC charging.

With regards to DC charging, the ZOE can accept an input of up to 50kW which adds around 90 miles for an hour of charging. The standard type 2 cable, which is provided, and Chameleon charger are used for AC charging via a home wall box, at work or public chargers up to 22kW. This adds around 78 miles for an hour on charge and is double the rate than many equivalent EVs can take using AC power.

Renault's EASY CONNECT smart services is standard with the ZOE and is designed to enable drivers to quickly locate their nearest available charging points.

Renault includes a free 7kW home wall box with the ZOE to ensure that buyers are well equipped to get the most from their car as soon as they get it. At this charge rate the car can be juiced from zero to 100 per cent in less than nine-and-a-half hours, with eight hours adding around 190 miles. To sweeten the deal, installation is also free, with everything being sorted by leading EV charging experts, BP Chargemaster.

To help users to time their charging to coincide with cheaper tariffs, the ZOE has programming options as to when it draws charge while plugged in. Free access a dedicated web portal called Chargevision will also enable accurate tracking of precisely how much energy they have used.

Whilst quite obviously being a ZOE, the third generation car has received an exterior redesign. At the front there is a new bumper which includes chrome inserts in the grille and around the fog lights, redefining the car's chin. Standard LED headlamps offer 75 per cent more light than halogen units and are framed by the ZOE's trademark c-shaped daytime running lights.

LED rear lamps are now standard and due to an increase in size, emphasise a wider look. A new range of alloy wheels is available in 15, 16 or 17 inch sizes, behind which sit all-round disc brakes. Finally, Renault is offering three new metallic finishes – Celadon Blue, Flame Red and Quartz White – with a total of nine colours available.

The interior of the new ZOE has been completely overhauled with Renault putting particular emphasis on improving the quality of materials. As part of this, the new ZOE gets upholstery that is made from a new, 100 per cent recycled material. Compared to traditional fabrics, this innovative new material reduces carbon emissions by 60 per cent during manufacture.

Dominating the central dashboard of the new ZOE is the Renault EASY LINK touchscreen multimedia system. Base-spec Play models (see below for spec levels) get a 7 inch screen, whilst a 9.3 inch screen is an option on the mid-spec Iconic model and is standard on the top-of-the-range GT Line car. This is the interface through which the car's functions can be controlled, as well as displaying navigation and entertainment functions – which include standard Apple CarPlay and Android Auto connectivity. A 10 inch TFT digital instrument binnacle is standard on all cars.

Getting connected is made easier through Renault's EASY CONNECT set-up process which is integrated with the new MY Renault app, through which a range of applications and services can be accessed. The centre console now includes wireless phone charging which is standard on Iconic and GT Line cars, whilst in the rear there are two USB charging sockets.

Every new ZOE benefits from always-on 4G connectivity which is free for the first three years of ownership. This allows for real-time updates to navigation and weather, as well as other tools such as Google places.

The new Renault ZOE is available in three trim levels, and to be frank none of them are found wanting in terms of standard kit. Moreover, the entry level car is now the most affordable EV in its segment so you'll struggle to go too far wrong. Renault will sell you a ZOE outright with no mileage limit on the battery and an eight year/100,000 mile guarantee. Ironically, the rest of the car is only covered by a five year/100,000 mile warranty.

Renault ended its battery lease option in November last year, bringing it into line with other manufacturers and making pricing simpler for customers. It also means that now, buyers will actually own all of the car rather than doing the equivalent of hiring the fuel tank!