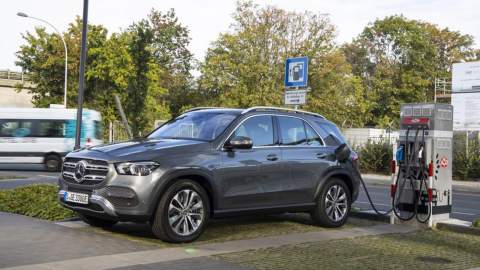 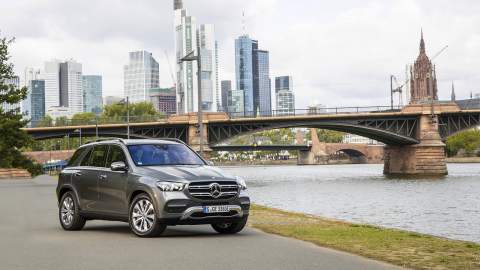 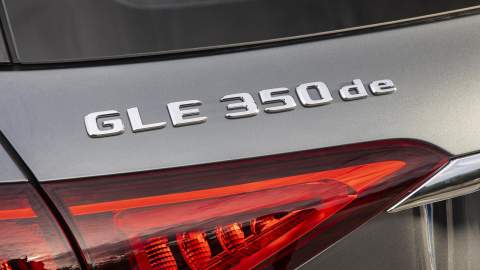 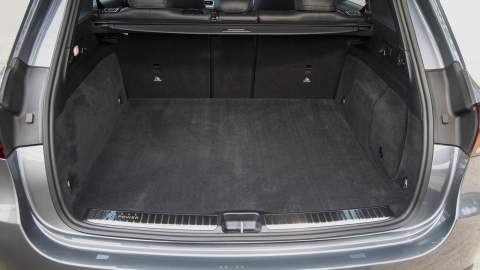 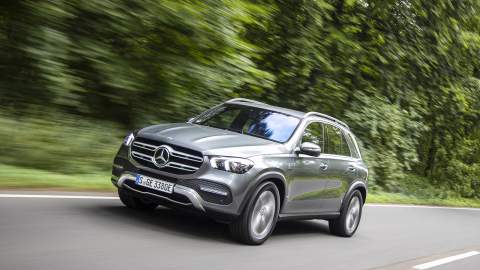 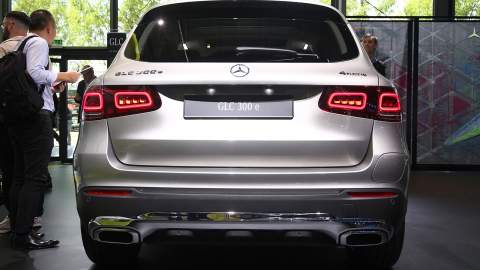 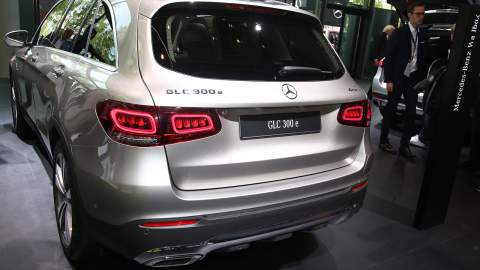 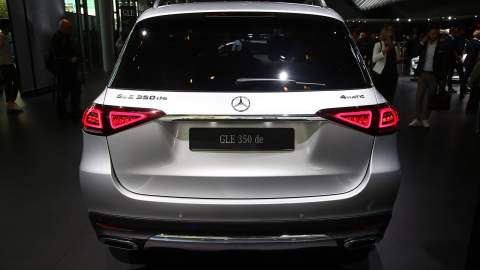 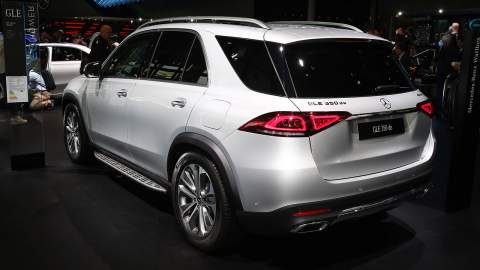 Mercedes-Benz has endowed two of its SUVs with its third-generation EQ PHEV powerplant, both of which made their public debut at the recent Frankfurt Motor Show. The GLE 350 DE 4MATIC large SUV combines a diesel engine with one of the largest batteries we've seen in a PHEV, whilst the smaller GLC 300 E 4MATIC has a more conventional setup.

In each case, the cars provide significant reductions in fuel consumption and emissions in comparison to both internal combustion-powered versions and last-generation Mercedes PHEVs.

The largest member of the EQ family, the GLE 350's main headline is the sheer size of its battery. At 31.2kWh it is one of the largest batteries we've yet seen in a PHEV application which enables the GLE 350 to travel far further on electric-only power than most rivals – even the BMW X5 eDrive which itself has a fairly whopping 24kWh battery.

These substantial power figures deliver a 0-62mph time of 6.8 seconds and a top speed of 130mph, but its the GLE's electric-only capabilities that are really impressive. Thanks to that chunky battery, the SUV is capable of up to 62 miles on electric power at speeds of up to 100mph – entirely useful figures to easily complete most journeys without tailpipe emissions. Speaking of tailpipe emissions, officially the GLE produces just 29g/km of carbon dioxide and delivers 214mpg. The battery is easy and quick to charge, with both AC and DC charging options delivering 10 to 100 per cent state of charge in just 30 minutes.

In terms of practicality, the GLE 350 DE 4MATIC has plenty of it. Luggage space isn't impacted by the drivetrain and comes in at 1915 litres. Thanks to the car's long wheelbase of almost three metres, there's even space for an optional second row of fully-adjustable seats. Despite its size, the GLE has a slippery shape to help maximise efficiency, with a drag coefficient of 0.29 – the same as the much smaller Hyundai Kona hybrid and electric. On-demand four-wheel drive with torque vectoring and energy recuperation ensures a sure-footed driving experience.

Mercedes' mid-size SUV has received the same third-gen PHEV drivetrain treatment as its larger stablemate. It's also received a styling makeover, with new contours on the bodywork and reworked LED headlamps, as well as new chrome trim that runs the length of the car. Inside, the car has had an overhaul, especially with regards infotainment thanks to the integration of the MBUX (Mercedes-Benz User Experience) system which comes with state-of-the-art driving assistance.

Whilst the bodyshell is different to that of 'normal' GLC variants, it has been designed from the start to integrate with the PHEV powertrain and therefore only gives up a small amount of space. Total luggage capacity is still significant at up to 1445 litres.

The GLC's powertrain actually makes exactly the same total output figures as the GLE 350 (315bhp and 516lb-ft) but it gets there via different means. It has a 2.0-litre petrol engine with 207bhp and 258lb-ft of torque and the electric motor is slightly smaller at 121bhp, but thanks to the GLC's smaller size and mass, it benefits from more sprightly performance. 62mph comes up in 5.7 seconds and it will top out at 143mph.

Whereas the GLE has a whopper of a battery and thus the associated range and performance on electric-only power, the GLC's approach is more akin to that of a typical PHEV. Battery capacity is 13.5kWh giving it a WLTP electric range of around 26 miles at speeds of up to 80mph. This still enables the GLC 300 e 4MATIC to achieve emissions as low as 51g/km of carbon dioxide and fuel consumption of 107mpg.

Mercedes is yet to announce the prices of the new models, but we can take an educated guess for each model. We reckon that the GLE 350 DE 4MATIC will go on sale at somewhere around the £60 to £65k mark given its place in the wider GLE model range. Using a similar logic, the GLC 300 E 4MATIC should start at around £50k, however, we will update you as soon as official prices and specs are available.

The launch of both cars comes as part of Mercedes' wider push of plug-in cars in its EQ. By the end of this year the brand will have 10 PHEVs in its range, and this will double in 2020 - with both the GLE 350 DE and GLC 300 E falling into the models hitting the road in 2020. We'll keep you up-to-date with Mercedes' forthcoming low- and zero-emissions cars as they enter the market.

The launch of both cars comes as part of Mercedes' wider push of plug-in cars in its EQ. By the end of this year the brand will have 10 PHEVs in its range, and this will double in 2020. We'll keep you up-to-date with Mercedes' forthcoming low- and zero-emissions cars as they hit the market.