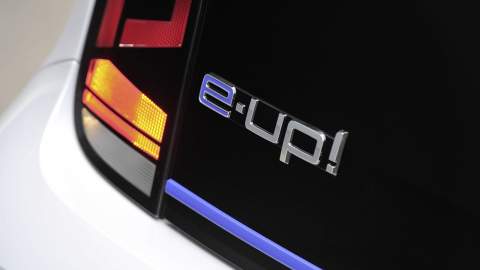 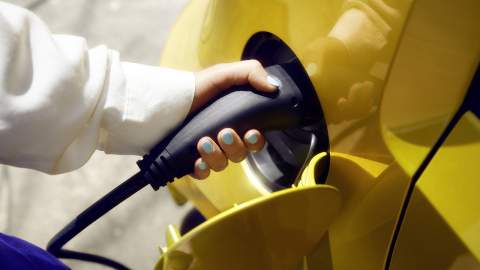 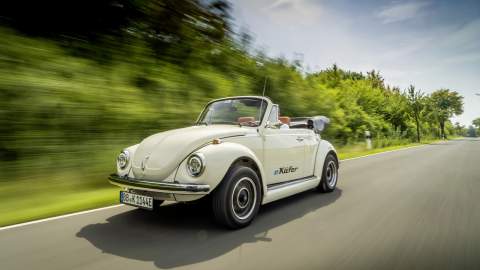 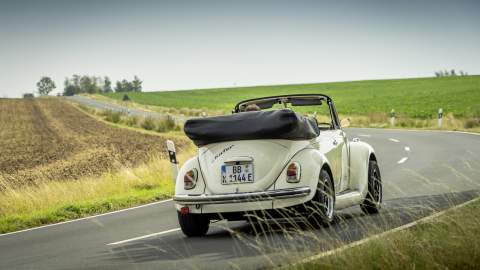 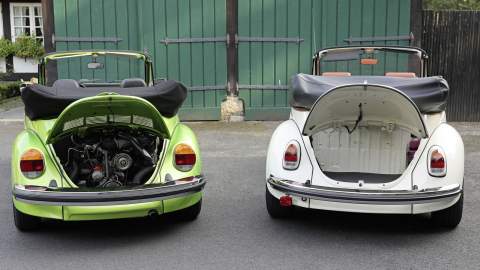 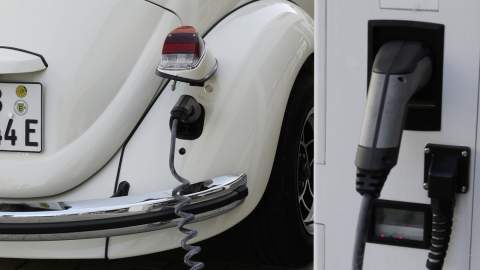 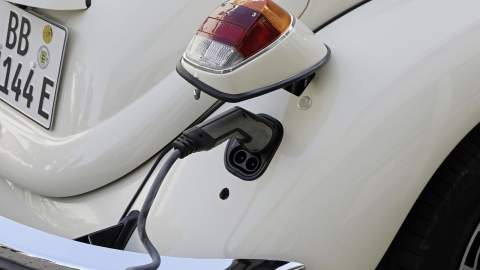 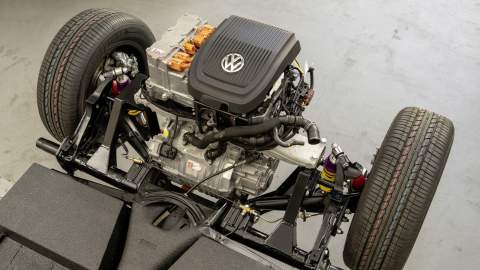 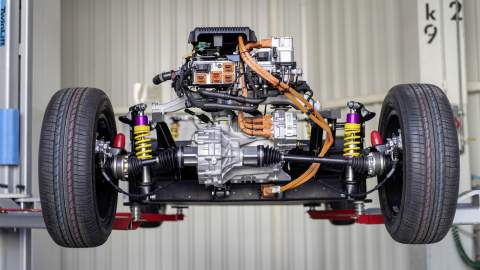 It's a double-whammy of news for the Volkswagen e-up!, with the city car getting a useful boost in range which should see it appeal to a greater number of buyers. And in more quirky news, the same powertrain that motivates the e-up! will form the basis of a conversion kit that will allow owners of original VW Beetles to transform them into modern EVs.

When we tested the original VW e-up! we were fond of it in many ways. We liked the neat styling; we enjoyed the handling which was better than its ICE counterparts; the cabin was well-equipped and a nice place to sit; we liked its quiet refinement and potential to drag three of our friends round in relative comfort for a small car.

What we didn't rate was the fairly pitiful range and the high price. In the winter the e-up! could potentially dip as low as 50 miles on a full charge which, despite its intended urban use, wasn't good enough. And at £19,615 on the road, it was too expensive.

With the new e-up! Volkswagen has kept all of the good stuff and addressed the bad stuff. The main improvement is in the battery department, with the capacity increasing from 18.7kWh to 32.3kWh. With an estimated power consumption of 12.7kWh per 100km, it's expected that the new e-up! will have a range of 162 miles. This is almost double what could be considered a realistic range from the original car.

Performance wise, the car's vital statistics haven't changed – so think nippy around town and a bit breathless over 62mph (which takes 11.9 seconds to reach). Charging wise, you're looking at 0-80 per cent in an hour at 40kW DC which is usefully quick. On the matter of price, we don't yet know what it will retail at in the UK, but in Germany at least the new Volkswagen e-up! is looking competitively priced at €17,595 after subsidies, or €159 per month.

VW will be doing the public reveal of the new e-up! at the forthcoming Frankfurt Motor Show so we'll have to wait until then for full imagery to come available.

Volkswagen is putting its new electric platforms to good use reinvigorating old models. The MEB platform has already formed the basis of the ID.Buzz and ID.Buggy pastiches of the Type 2 van and Beetle-based dune buggy. Now, VW is using the e-up! platform to enable owners of original Beetles to transform their cars from petrol to electric power.

Volkswagen Group Components has gone into partnership with eClassics, based near Stuttgart, to utilise the motor and single-speed gearbox and battery components in the transformation from original Beetle to e-Beetle. Power from the motor is the same 80bhp as in the e-up!, which endows the e-Beetle with a 0-50mph time of just over 8 seconds and a top speed of 93mph – faster and much more efficient than the original car!

Fourteen lithium-ion battery modules bring the total battery capacity to 36.8kWh, giving the e-Beetle a range of around 124 miles – perfect for a retro cruise or even as an everyday commuter.

VW isn't stopping there with this programme: “We are already working together to prepare the platform for the Bus. An e-Porsche 356 could also be pursued in the future,” said Thomas Schmall, boss of VW Group Components. In fact, the use of the modular electric drive matrix (MEB) is also being considered, creating additional opportunities regarding performance and range.

For many, part of the fun of owning a classic VW is derived from the sounds and smells, and some fans may even consider electrifying a classic Beetle sacrilege. But it's a fun project, and we think there'll be a ready and waiting market of people who want guilt-free classic motoring.